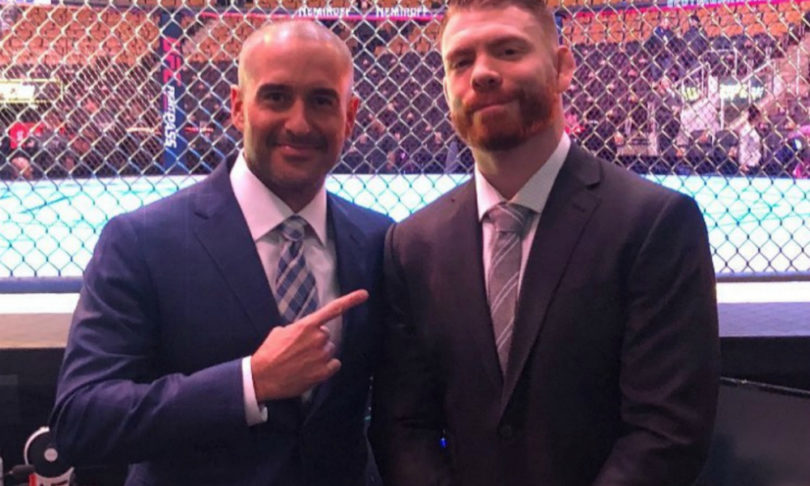 The UFC’s COVID-19 testing regime has again paid its dividends. Jared Gordon (15-4-0), and his team took part in the mandatory initial round of testing prior to flying out to Fight Island, Abu Dhabi. In an unprecedented result, Gordon himself tested negative, but his entire corner team tested positive. Gordon boarded the flight alone to take on the UK’s Chris Fishgold (18-3-1) on Thursday.

Step in Lightweight fighter and commentator Paul Felder (17-5-0). Famed for taking any fight, although recently announcing his retirement, this is MMA and retirements are often short lived. Alongside his commentary booking on Thursday he will don a different hat and corner good friend Gordon alongside Eric Nicksick of Xtreme Couture.

“Breaking: @jaredflashgordon’s coaches and team all tested positive for CV and were not able to make the trip to corner him. With no corners or coaches Jared was determined to fight and pressed through set back after setback and still made his way to Fight Island. In an unprecedented move, long-time friend, training partner and fellow SP teammate, @felderpaul is scheduled to commentate the remaining events on Fight Island and has gotten clearance to come off the desk to help his friend through the fight during the event. Also, long time SP friend @eric_xcmma who is there with fellow SP client @dynamitedan808 will step up and help Jared in his fight. #1team1dream #represented”

After another high profile manager recently announced a ban of access to his fighters for UFC partner and sports conglomerate ESPN. It is great to see the MMA community rallying around a fighter in need and offering the necessary support. Its also heart warming to see the UFC allow the flexibility, will we see Jon Anik take part in his full first Play-by-Play? Tune in on Thursday to find out.