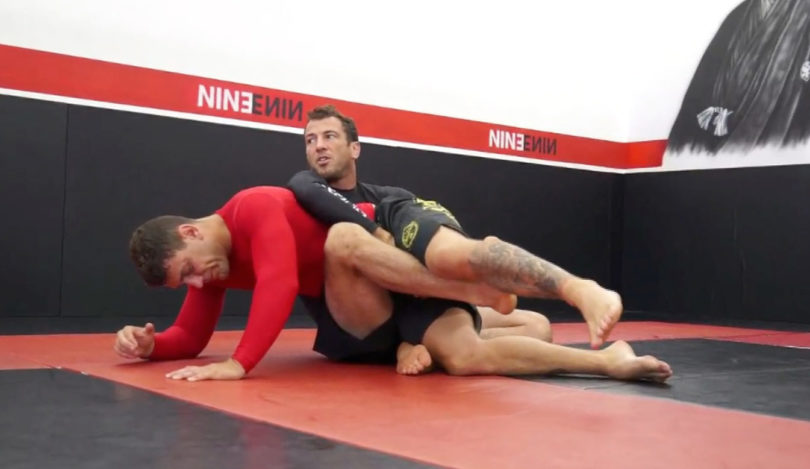 The octopus guard was developed by Eduardo Telles, the same grappler who is known for his turtle guard and unorthodox style of jiujitsu. The octopus guard is a great way not only to find sweeps but to also find the back of your opponent.

Because of the unorthodox approach used by Telles in the octopus guard, it’s not something that you see in a lot of competition today. However, it can level up your guard game considering how it can be used both in gi and in nogi, and in between closed guard and half guard.

Getting the Octopus Guard

To understand how the octopus guard works, it is hugging your opponent’s back either from a half guard or closed guard with an arm cleared. The arm that is wrapped around the opponent’s back makes it harder for the person on top to posture up, therefore having his back exposed the entire time if the guard is done correctly.

Half guard to Octopus Guard

There are a variety of options on how to get started on the Octopus guard. The good news is that you can do it on the same side of your half guard or do it on the opposite side.

The easiest way towards the back is by getting the octopus guard on the same side where you have the half guard. You can do this by arm dragging your opponent from a Z-guard and then wrapping the back with your arm. The forearm should always be driving the opponent’s head down preventing him from swimming the arm. In gi, it is common to hold the belt.

Once in this position, all you need to do is to scoot to the side and switch your arms to have a more secure grip into your opponent’s lat. This makes it easier to fight for a seatbelt grip and getting the second hook.

Another setup from half guard is to get the octopus guard to the opposite side of where you have a half guard. There are different ways on how you can wrap your arm around the opponent’s back if you do it from the other side. One of the most common things that you can do is to establish a two on one grip to prevent the opponent from grabbing your collar. Another advantage of doing octopus guard in gi is that you can cross grip the sleeve and swim your arm as you pull using the cross sleeve grip until you get to wrap the arm around the opponent’s back.

From here, you can do a variety of attacks. One of the things that you can do is to do a hip bump movement if you can block the opponent’s knee where you are wrapping the octopus guard. You have to keep the knee straight to be able to remove the opponent’s base.

If you feel that you can’t successfully sweep because the opponent has a good base, you can switch towards a back take. To get the opponent’s back, you want to scoot out and get a closed guard. From here, you can switch from the octopus guard and get the other arm to get the lat. And from here, you can easily fight for the back by completing the seat belt grip and fighting for the hooks.

Troubleshooting with the Octopus Guard

If you choose to set up the octopus guard on the other side from where you have the half guard, there is a chance that your opponent is going to shift their hip and look the other direction to initiate a long step pass.

The moment your opponent starts to shift his or her hip, you want to post using your other arm to create space and unlock the half guard. Also, you want to switch your leg into a lockdown and straighten the leg of your opponent in halfguard. If you opt for a lock down, you can straighten block the other knee and go for a closed guard.

Without a lockdown, you can sit up and post with your hand and switch to a butterfly before you switch and make a half guard on the other side. But this time around, you will fight for the back by switching the hands to get the lat of your opponent. From here, you can fight for the seat belt and go for the back.

Since it can be used with both gi and no gi, it is a good idea that you take a closer look at some tweaks that can make a huge difference in how you execute your attacks from the octopus guard. For instance, instead of just using your palm to cup your opponent’s back or using the belt that could come off, it is also a good idea to grab by the lapel and use your elbow to break your opponent’s posture. This is usually an approach that would come in handy once your opponent starts to shift their hip and attempt a pass.

Next, the octopus guard can be a good setup whenever you are attacking your opponent’s shoulders via kimura. From the half guard, you can attack the kimura from the opposite side of your half guard side. Once the opponent starts to get his or her hand on the waist, you can maintain the wrist control and swim your other arm to enter the Octopus guard.

When you are playing a closed guard, it is also possible to get to an octopus guard from playing a reverse kimura. From a cross sleeve grip, you can get your other hand to get to grab your wrist as you create a fulcrum on your opponent’s arm. It is common for your opponent to grab their belt. This makes it easier to go for an arm drag and go to the original octopus guard configuration but already in closed guard.

The octopus guard is a good way to threaten your opponent. It can result in a sweep, a backtake, or it can be a way to get to a safer guard if you are coming from a half guard. However, you also have to remember that it can end up in a scramble position if your opponent decides to forward roll. It is easier to control the pace if you have the opponent’s lapel. But in no gi, you have to find a way to settle towards a sweep if your opponent decides to concede the position instead of giving his or her back.