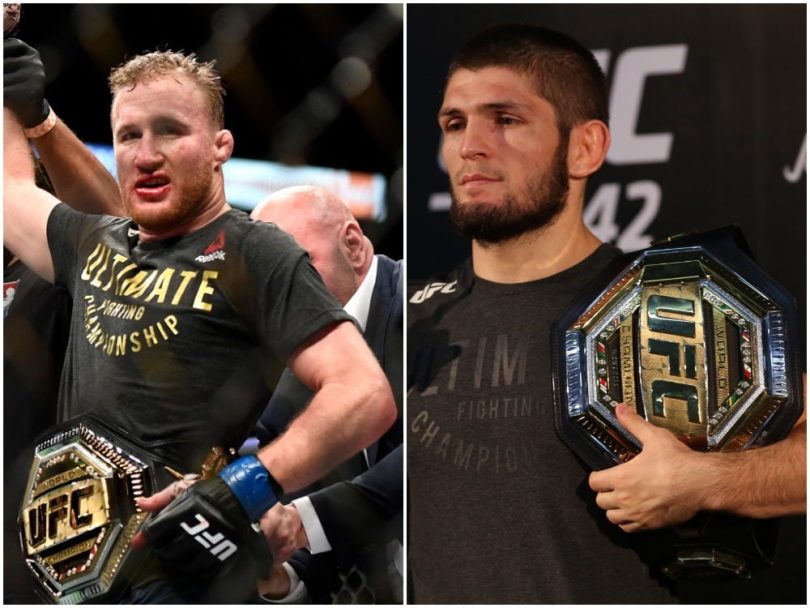 The fight of the year has been announced today as UFC Lightweight Champion Khabib Nurmagomedov is set to defend his title against Interim Champion Justin Gaethje. President Dana White spoke to CNN and confirmed the fight is scheduled for October 24. He spoke further in an interview with ESPN’s Brett Okamoto detailing that he would support Khabib in his choices for opponents in the last three fights in his contract. However, he stipulated that Gaethje was first of the three.

Plenty has been spoken about Khabib’s future after the tragic loss of his Father, Coach and MMA icon Abdulmanap Nurmagomedov. The loss came after complications with COVID-19. Anyone that has followed Khabib know that the bond shared between him and his Father surpassed that of normalcy. Of course, No-one could blame Khabib if he had chosen to walk away, undefeated after completing everything his father set before him.

The true sentiment to the man Abdulmanap sculpted it looks as though Khabib will fight on. In the process, delivering us a fight we have longed for. Gaethje claimed the interim title in a sick twist of fate in standout performance over Tony Ferguson in May.

The Eagle is undefeated, Gaethje is a highlight reel. October cannot come fast enough for these two to strap on their MMA gloves.

At this time, no location has been confirmed for this bout.