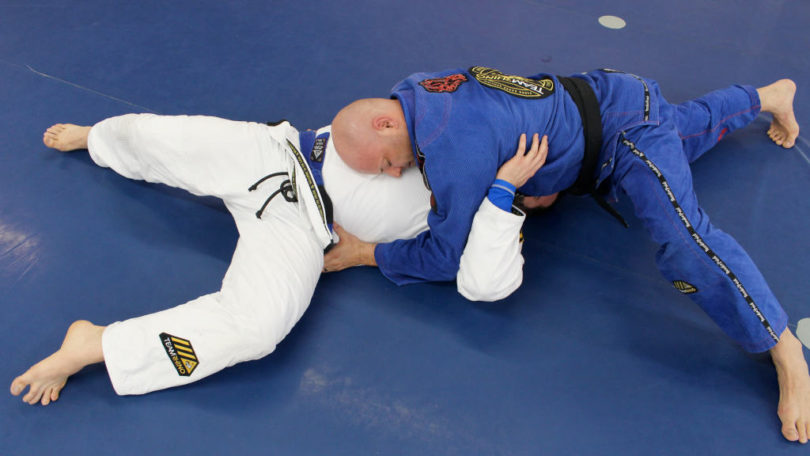 If there ever was a position not to show your friend when he asks you to show him some Brazilian Jiu-Jitsu moves, it has got to be the North-South position! Jokes aside, in this article we will take a look at some of the uses of this position as well as some of the most common submissions from there.

While the north-south position is considered distinct from side control, in terms of scoring, there is no difference. In the traditional IBJJF rules, just like side control, the position itself does not score any points; the points come from the act of passing the guard. In the popular NAGA rules, in the no-gi scoring system, north-south falls under the classification of a ‘side control variation’.

As such, I personally find the north-south to be the best control position against opponents with a large size disparity; their hip bridges are rendered ineffective and while they do try to ‘bridge and turn’, you can easily post out a leg to prevent that. Furthermore, larger opponents also typically do not have the flexibility to do some of those crazy inverted north south escapes, as per the below:

In terms of positional advancement, it is not uncommon for the top grappler to attempt to transition directly to back control from north-south, as per the videos below. Note that this transition is usually more prevalent in the gi as it often requires the use of the lapels to manipulate the torso.

For submissions, the three most common submissions from the north-south are:

The kimura is undoubtedly the most common submission from the position, with the kimura favoured by larger grapplers, while lighter weight grapplers might opt to transition to the armbar from the kimura grip. On the current competition scene, Rafael Lovato Jr has made the kimura one of his top submissions, with numerous kimura submission wins against high level opponents.

The breadcutter or papercutter choke is another common submission from the position. It can also be set up from the kimura attack by trapping their own arm with their own lapel.

And finally, the no-gi choke from this position: the north-south choke. Many people have trouble with this choke as it requires a lot of sensitivity and positional adjustments that can be hard to learn from video. Nevertheless, the master himself, Marcelo Garcia, explains it below:

To conclude, the north-south choke is a very effective position, both in terms of positional control and submissions. In particular, if you have trouble controlling larger opponents from the top, you may want to consider focusing more on this position as it will be a very valuable tool in your arsenal.