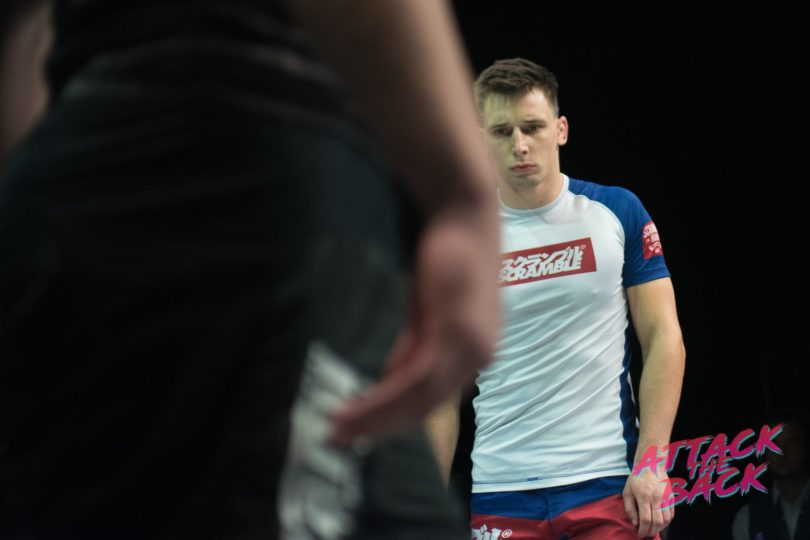 Over the last few year’s I’ve gotten to know Miha quite well. We chat and we even work on a few projects together. However, not much is known about the Slovenian with the perfect submission record at Polaris, so I decided to put a change to that! Check out our interview with Miha below, where we go into his travelling, his studies under John Danaher and  Polaris past and future. Check it out.

Attack The Back: Thanks for doing this Miha, as an introduction, can you tell our readers, who you are, where you come from, where do you train, etc.?

Miha Perhavec: Hey, I’m Miha Perhavec, I’m from a small town under the Alps in Slovenia. I started training judo there when I was 9 years old. Slovenia has a strong judo tradition, going back decades and I was fortunate to train with some future Olympic medalists and receive my black belt when I was 18. I got frustrated with the rules changing all the time, making the sport a less complete grappling art, so I quit and started MMA training.

Luckily for me the team in my home town was under Alliance jiu jitsu and I eventually switched to just grappling. Currently I’m a brown belt under Darragh O’Conaill of East Coast Jiu Jitsu and I train all over the World.

Sub only helps me answer the question I’m most interested with, is my grappling better than this man?

So you’re pretty well known on social media for travelling the world. Where are you at the moment and where are you planning on going next?

At the moment I’m back in Slovenia, hoping to resolve some visa issues, because I’ve apparently trained in America too long for Immigration’s liking. I desperately want to go back to Renzo Gracie Academy in New York to sharpen my nogi skills. I don’t have quality sparring partners in Slovenia, so I’m pretty much forced to travel for quality training.

While you’ve travelled around, where’s been the best place you’ve trained?

In terms of quality, training at Renzo’s in John’s classes obviously stands out.

ATOS in San Diego is exceptional for gi training, there aren’t any easy rounds, ever. There have also been some places that were surreal for a different reason, like training in the jungle around Nosara, Costa Rica or at the end of the World in Gisborne, New Zealand.

So you compete a lot in a huge amount of rules sets, so tell us, what is your favourite ruleset and do you prefer competing in Gi or NoGi?

I definitely do much better in sub only rules, especially nogi, because I believe I can survive a lot and come back with a submission. In the past I’ve been really impatient in points matches, often leading to a better technician getting up on points and surviving my desperation submission attempts. I think the gi, especially under IBJJF rules is especially demanding, just because so many good people are doing tournaments, where only one person can win. I have a lot of respect for people who find ways to win in that ruleset.

The reason why I personally enjoy sub only nogi, is because I quit judo in the first place, to find who would win in a fight. Mano a mano. Then I realized I want to use my mind for complex tasks and I’m cool with strikes not being a part of the equation anymore. Sub only helps me answer the question I’m most interested with, is my grappling better than this man? 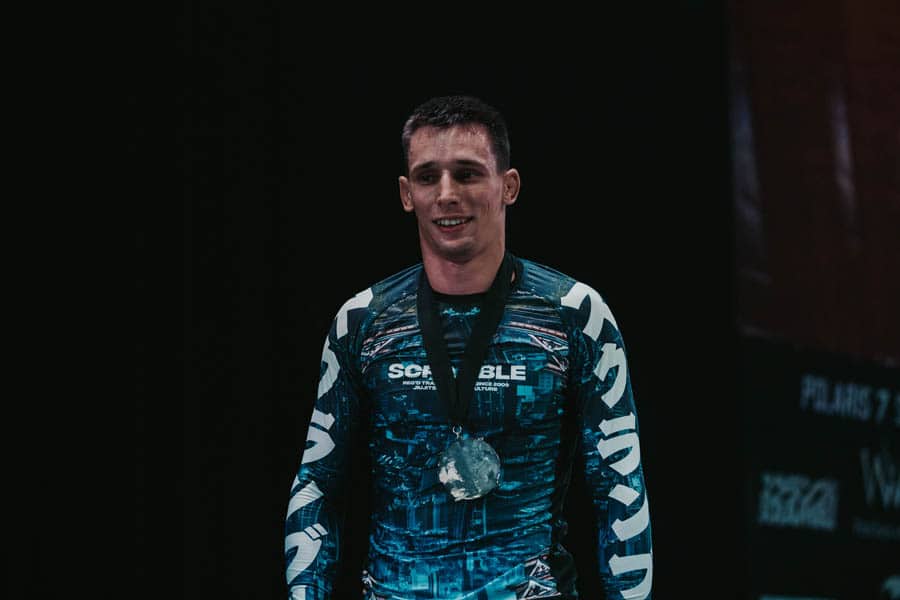 So let’s talk about Polaris, in fact, you’re one of the few people who has a 100% submission record on the card. Talk to us about your favourite match you’ve had on the show so far?

Each of the matches was cool for a different reason. I remember my first, by how intense the walkout was, with drums banging and the announcer screaming my name. The River match was special because I trained so damn hard and got a quick positive result. The last one against Jamie was cool because I hit a kneebar, that I didn’t really practice. I actually had to see the replay to know what I actually did.

ATOS in San Diego is exceptional for gi training, there aren’t any easy rounds, ever.

Talk to us about the match with River Dillon, obviously, it was a quick finish but tell us your mindset going into that match.

River beat me 2x before during our blue belt days. I think his results leading up to our match were more impressive than mine and he was the hometown hero. However, I really believe I’m more dangerous in these rules than people know and hope. I also worked really hard to find what the level above mine is like and how far I need to go as I develop as a submission grappler. In that match, I just managed to hit an unorthodox attack that I’ve been doing for a long time. But it’s a way in the past now, I’m focused on the present & future.

So what’s next on the cards?

Preparing for Polaris 10 to them absolute best of my abilities. Perhaps the ADCC trials in April. I’m pretty busy off the mats, so I’m ok focusing my effort on professional matches and reserving the later half of the year for a lot of tournaments.

Thanks for doing this interview with me, have a look at Yoga for BJJ and Keenan Online 😉