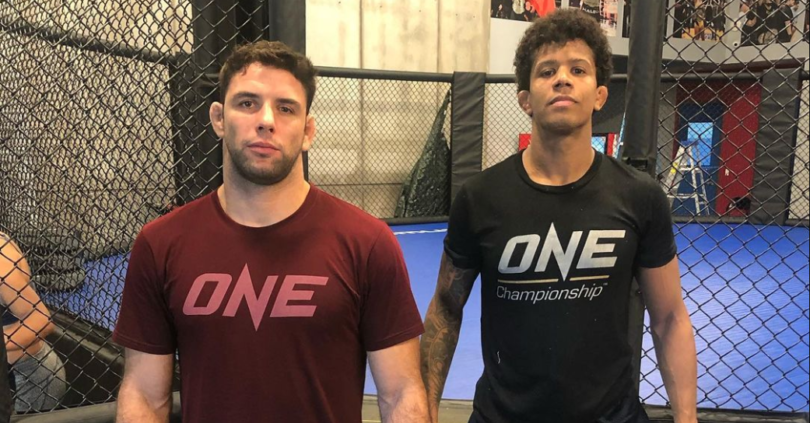 Marcus “Buchecha” Almeida’s MMA career has got off to a rocky start, but we may just have a matchup for his OneFC debut!

Considered to be one of the greatest modern grapplers in history, Buchecha has achieved a staggering 13 IBJJF World Championship titles and 2 ADCC titles, amongst many other high-level accolades.

The road to MMA for Buchecha has been a long and frustrating road, where he’s had to overcome numerous bumps along his journey from mats to cage. Buchecha’s first MMA match was cancelled after a knee injury sidelined the grappler not only from MMA but from a scheduled match against Fabricio Werdum at BJJ Bet.

Buchech’s second crack at the MMA scene was going to be against the undefeated Senagalese wrestling champion Oumar “Reug Reug” Kane. This promised to be an incredibly exciting matchup, however once again Buchecha was sidelined by injury. Reug Reug, went on to face Alain Ngalani, where he picked up a win with a devastating and frankly scary ground and pound in the first round.

Now Buchecha has once against been scheduled for his debut MMA fight. on April 7th he is booked to fight against undefeated Ji Won Kang, a professional fighter with an unbeaten 4-0 record. Kang recently won his One FC debut by KO and was his forth first-round knockout win, so this is a classic “striker vs grappler” affair.

Bucecha is currently training MMA at American Top Team and is said to be “injury free”.