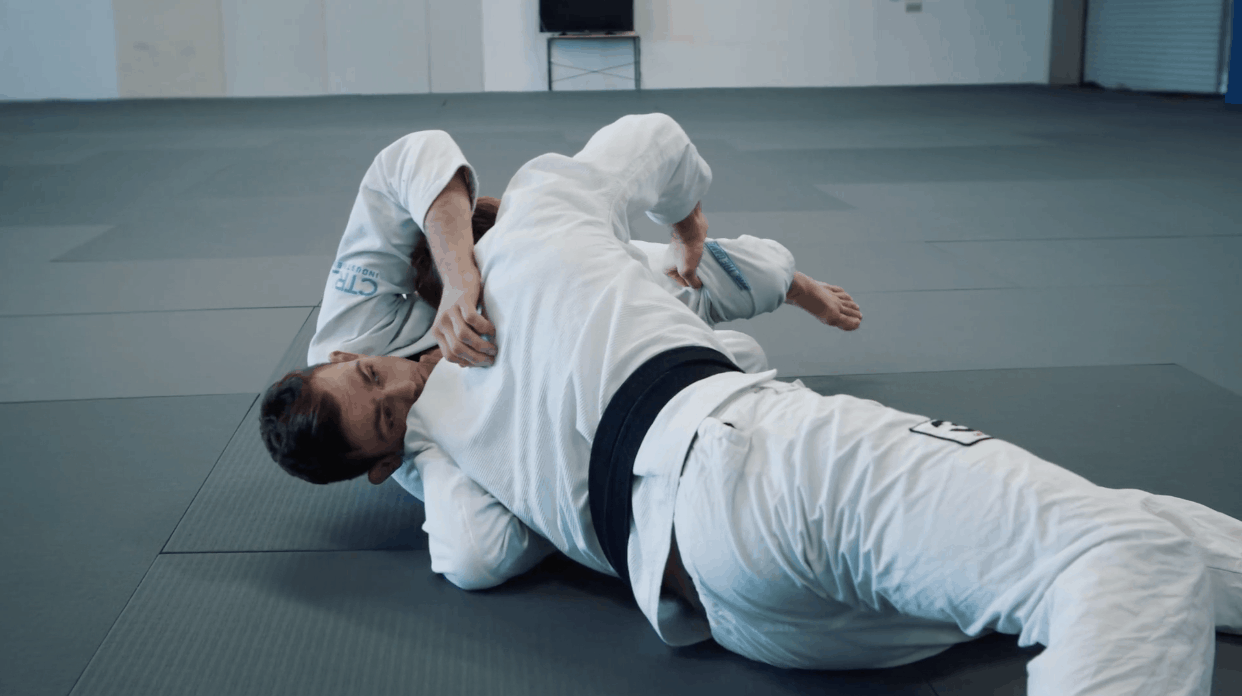 The long step pass is a staple in today’s modern passing sequence. It has been developed mainly by Terere and is now a standard passing procedure for different guards. It can be used against Dela Riva, Reverse Dela Riva, or even against X guard.

Long step pass pertains to anything that involves your leg stepping back to eliminate the power of the opponent’s guard. However, stabilizing the pass can be tricky depending on which guard you are dealing with.

From the Headquarters Position

One of the more common ways to get the long step pass is by going to the headquarters position first. This eliminates one leg from the equation and at the same time, it forces your opponent to play some type of half guard. Next, headquarters position is also a good way to keep the opponent’s hip in a neutral position, which means that he or she isn’t facing you.

Regardless if you are dealing with a Dela Riva or a Reverse Dela Riva, the setup is the same. The most important part of this setup is that you get one leg of your opponent in between your legs. Next, it is equally important to have the right grip on top. And also, you want to be grabbing by the outside leg if you are going to go for a long step pass.

To go for the long step pass, the passer kneels on one knee and then switches his or her hip quickly. This way, it also allows the leg to whip back cutting any possible hook or even a half guard that can be formed by the person at the bottom.

The most common reaction of the person from the bottom is to use the frame to push against the passer and to try and lift the hip to be able to scoot out and recover. This can be avoided when you get your head planted against your opponent.

Where do you get to plant your head to stop the opponent from looking too fast? You have different options where to plant your head. You can have it by the shoulder, chest, or even by the hip. However, it is important to have upper body control. Some prefer to do a cross face while others prefer to just grab by the collar. This will keep the person’s hip flat.

Next, you will also need to have a grip on the pant. The top leg is usually where passers grip pushing outward opening the hip.

Switching To Other Passes

The long step pass can also be a good way to transition towards different passes. For instance, if the opponent decides to look and have his or her frame, it means that you weren’t able to plant your head to keep the hip in a neutral position. Unfortunately, there is a chance that the opponent is going to recover the guard if you don’t do anything.

On the bright side, this is a good opportunity to transition to the other side and go for a leg drag. With the top leg control, you can plant the leg on the mat and tripod your head to your opponent’s body while the collar grip pulls as well. Here, you will have an opportunity to do several things. You can staple the top leg and transition towards the other side or opt for a leg drag. You can even reach the back.

Another common scenario is when the person at the bottom grabs your leg which stops you from kicking it completely to go for the long step pass. Here, you can opt to switch to a different pass and go for a knee cut pass. You can even pin the top leg by sitting on it making it a powerful knee slice pass. This is where it can work as an A-B passing sequence. You can always revert to a long step pass if you feel that the opponent decided to let go of the leg.

Long Step from The X-Guard

As mentioned earlier, the long step pass is a generic term to describe the passer’s leg stepping back to get rid of the guard. This means that you can also make it work when you are in your opponent’s X-guard. It is common to step out using the leg that is trapped by the opponent’s legs.

Now, when does it work? If your opponent extends his legs from the X guard, using the long step pass isn’t exactly going to work. You will have to wait for the opponent to get his knees to his chest before you hit the long step.

Also, using just your leg to do the work isn’t going to get your leg free. It is important to use your hands to weaken the hooks before you step out. And once you step out, you want to keep on pushing the leg to make sure that the opponent isn’t facing you.

Others also try to do an active post before they do a long step pass. This way, they still maintain their base more than just one leg for balance. However, it is difficult to finish the long step from X guard because you don’t have your head against your opponent’s body. You will also have to make sure that you rely on your scrambles if you fail to stabilize the pass.

The folder pass can be used in combination with the long step pass. With the folder pass, it is sometimes difficult to complete the pass because the opponent is looking towards you especially when you failed to block the opponent’s face with your shoulder. In this scenario, you can grab by the bottom or the top leg and do a long step pass.

Generally, you get to a scramble. However, it can be a great way to confuse an opponent and make him “chase” your guard passes.

The long step pass is a great way to beat modern guards. If used correctly, it can frustrate the guard player because you get to remove the leg while the hips are in a neutral position. This can also create scramble situations that can open up other passing opportunities.

Lepri’s Championship Guard Passing looks at how Lepri developed a buzzsaw guard passing style, implementing the long step pass as a crucial tool in his arsenal.

This Instructional features 2 DVDs and over 3 hours of expert techniques. DVD 1 features techniques on how you can pass butterfly and De La Riva guards, while DVD 2 looks at passing half guard, Reverse De La Riva, Spider Guard and X-Guard.

Level up your guard passing and long step passing with this fantastic DVD from Digitsu and get 10% off when you use the code ATBK10. 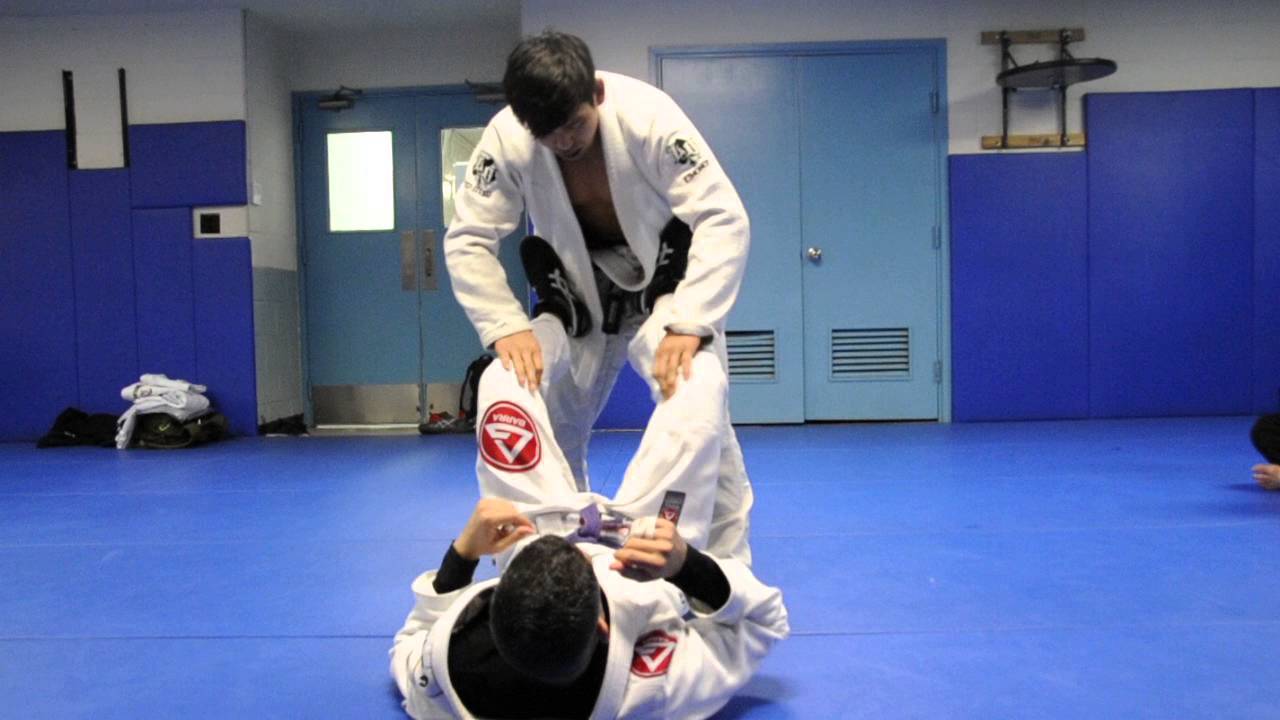 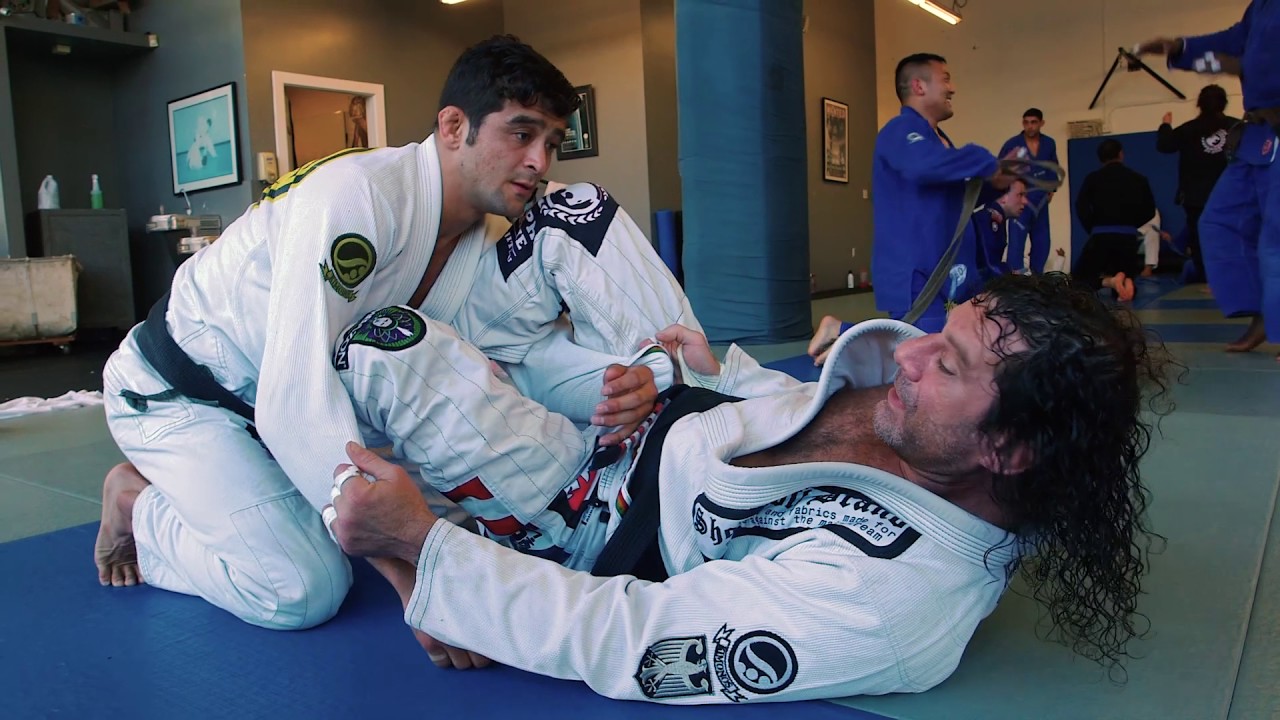 Next
Lasso Guard
Comments are closed.