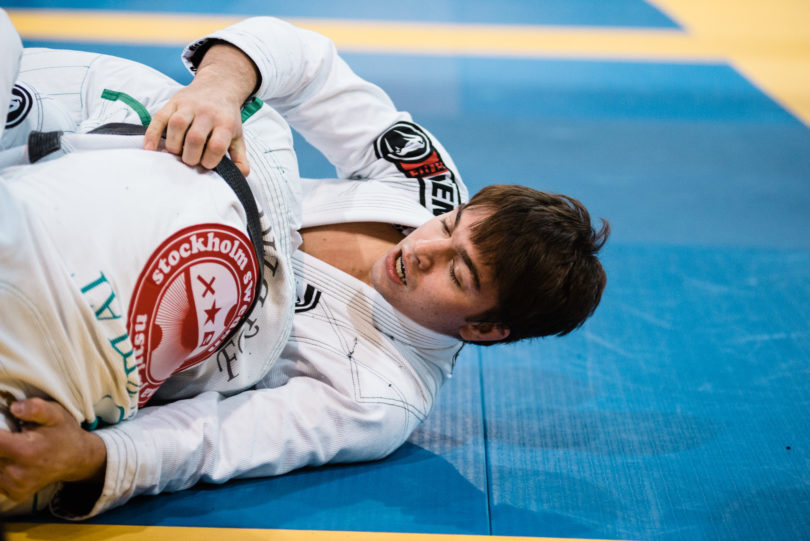 The Abu Dhabi King of Mats returns on March 10th in London, featuring ten of the world’s best lightweights for a day full of epic fights. The event featuring hand-selected athletes has already become a fan favourite in the annual Jiu-Jitsu calendar.

After two highly successful events this season (in Los Angeles with heavyweights and Abu Dhabi with middleweights), the King of Mats comes back in full force, now with the agility and precision of the lightweight.

The matches will be held on the final day of the Abu Dhabi Grand Slam in London, the closing stage of the 2018/2019 season. Here are the names were chosen to compete.

Paulo Miyao (BRA) – From São Paulo, now living in New York and training at Unity, Miyao has already secured his place as one of the greatest athletes of all time in his weight class. World Pro Black belt champion Paulo has to be placed as one of the big favourites to the title.

Gianni Grippo (USA) – Training at Marcelo Garcia‘s gym in New York, Grippo is one of the most talented black belts of his generation. This beast has won two World Pro titles in the black belt and arrives to fight over in London.

Isaac Doederlein (USA) – Black belt under Rubens Cobrinha and with much experience in competitions against the best athletes of his generation, Isaac is known for his dangerous guard and quick attacks, as well as a career as a black belt full of great results.

Hiago George (BRA) – World Pro Champion and collector of gold medals in Grand Slam around the world, Hiago will take his versatile and finishing style to the mat. He is undoubtedly one of the favorites to get in the top three at least.

Carlos Alberto da Silva (BRA) – Bebeto was a very tough brown belt until recently (in the World Pro 2018, for example, he got the gold medal in his division). Promoted to the black belt, Bebeto maintained a high level of performance and results. He has two gold medals in the 2018/2019 Grand Slam season and enters the fray determined to make the world stage feel his presence.

João Gabriel de Sousa (BRA) – The youngest of all competitors, João Gabriel has the energy and skill level required to be on the mark. Gold medalist in the Grand Slam in Abu Dhabi this season, João Gabriel should not be overlooked.

Nobuhiro Sawada (JPN) – Japan is known for producing big competitors in the lightest classes, so it’s natural to have a Japanese competitor in contention. Nobuhiro was a gold medalist in the Grand Slam of Tokyo this season and will be a difficult opponent for any competitor.

Celsinnho Venícius (BRA) – The most experienced of the ten competitors, Celsinho Venícius brings his tatami experience to the highest level of competition and has become a real threat to all competitors in the tournament. Known for putting his heart into all the fights, Celsinho knows the shortcuts to victory.

João Gonçalves (BRA) – Another talented competitor who comes from Brazil, João won the gold medal in the Grand Slam of Rio in 2017. He is known for always looking for finishes in his fights. In 2017, he won the title in the 69kg division.

Tiago Bravo (BRA) – Teaching Jiu-Jitsu in the United Arab Emirates, Bravo remained very active in the competition circuit. He recently reached the final against Paulo Miyao at the 2019 Abu Dhabi Grand Slam. Tiago is known for never giving up and always being a rock in his opponents’ shoes.

Organized by UAEJJF, the Abu Dhabi King of Mats will be held at the Copper Box Arena as part of the Abu Dhabi Grand Slam Tour of London. For more information, click here!