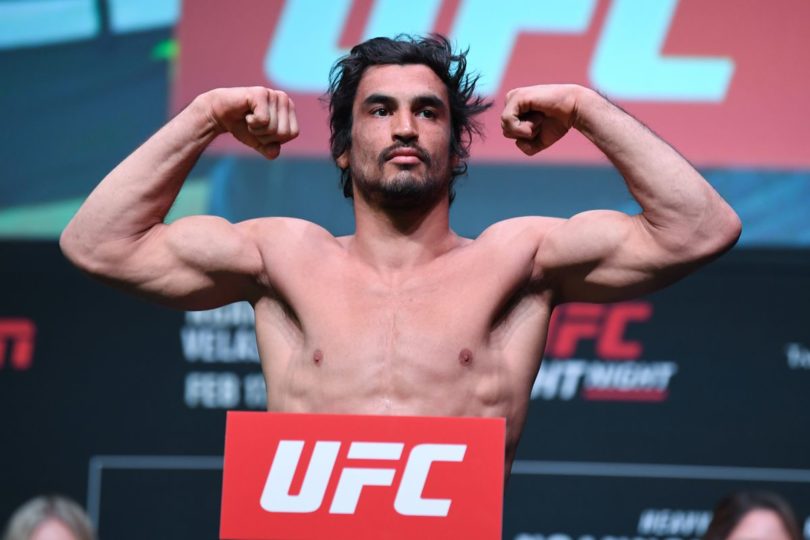 Kron Gracie born on July 11, 1988, is a Brazilian-American mixed Martial Artist and grappler. He is a member of the well renowned Gracie family. His father is Rickson Gracie and grandfather is Helio Gracie. He is currently under a contract of UFC and had fought for the Rizin Fighting Federation which is a Japanese Mixed Martial Arts organization. He is known to have a cool and composed demeanor during the fighting which is why he is given the name ‘’Ice cream Kron’’

Kron Gracie was born on July 11 1988, in Rio de Janeiro – Brazil. At that time his father Rickson Gracie was already a well-known Brazilian jiu-jitsu master. Gracie’s father started training him from a very young age and by the time he was 19, he had already been awarded a black belt in Brazilian Jiu-jitsu.

At a very early age, Gracie became immensely popular in the field of grappling at the lower belt divisions. His boxing style and an outrageous record of 51 straight winnings streak established him as one of the best Brazilian Jiu-Jitsu boxers of that time. He is also known as a ‘fundamentalist’ due to his jiu-jitsu style and his trademark submission orientated grappling game.

Kron is the youngest son of Rickson. He has two elder sisters Kauan and Kaulin. In 2000, Gracie’s older brother died due to a drug overdose in Manhattan, New York City causing great distress.

Kron was just 12 years old when this tragedy struck making him come to the limelight to defend the family’s honor in MMA as he was next in line. But, he did not disappoint. He had an outstanding record in the lower belt divisions especially from his blue belt onward after winning the ‘Mundial’, ‘ Pan American’ and many other tournaments.

During his free time, he teaches jiu-jitsu at his school in Culver City, California and assists his father with his association.

Kron won the PAN American Championship in 2008 with a mind-blowing performance in both his weight division and open weight. His wins and performances created an internet storm saying he should have fought at the black belt level as he clearly was above all the other competitors.

He was then promoted to a black belt by his father Rickson Gracie and fought at the 2008 World Championship. Sadly, Kron lost his first match as a black belt to Sergio Moraes by submission.

The defeat came as a shock to the spectators as well as to Kron himself but he managed to get back together and win the Europeans in the following year which was a very memorable and emotional day for him, as it was just two days after the death of his grandfather, the great Helio Grace.

In February 2014, Kron announced to start a career in MMA. His debut match occurred on 23 Dec 2014 against Hyung Soo-Kim who was also a fellow MMA debutant. Gracie managed to within this fight in only 65 seconds of the first round.

On 31 Dec, 2015, Gracie participated in the Rizin Fighting Federation World Tournament. He competed with Asen Yamamoto and easily managed to win this fight in the first round by using the Triangle Choke technique.

In September 2016, Korn competed against Hideo Tokoro and just link his previous fights, he was able to easily win this match in the first round through a rear-naked choke.

He kept on progressing in this tournament and reached the finals. His final match of Rizin was help on December 31, 2016, where he competed against Tatsuya Kawajiri.

He once again won this match by using the rear-naked choke technique in the second round. After winning this tournament, his overall MMA career record improved to 4-0.

He won the fight via submission due to rear-naked choke in the first round. This fight changed his career as he achieved his first-ever ‘Performance of the night award’.

Kron Gracie fought 6 matches of MMA until date. Out of the 6 fights, he won 5 fights through submissions and lost 1 fight via decision.

He has been rewarded with four titles in his fighting career; ‘Fight of the Night’ ‘Performance of the Night’  ‘Featherweight debut’ and ‘Catchweight (73kg) bout’.