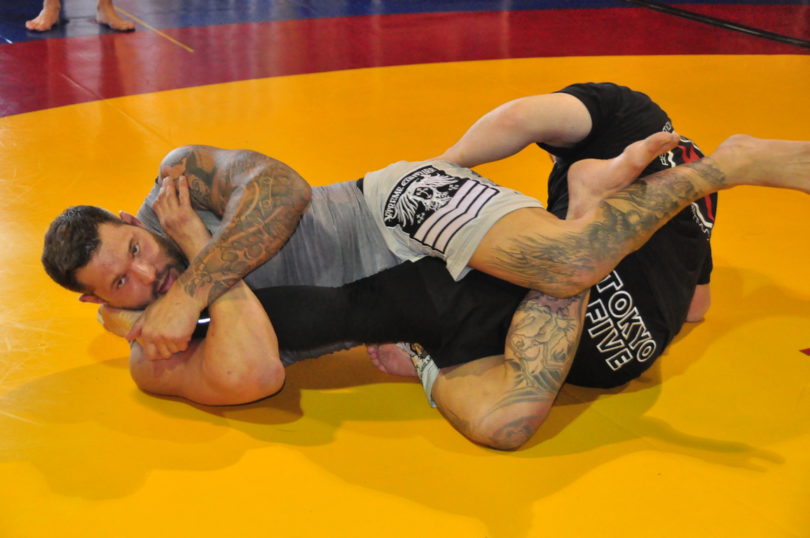 Forget the legs and you ignore 50% of the body. That’s something John Danaher would say in case you don’t go for leg locks during your rolls. Attacking the legs is a whole shebang of techniques, from ones that are allowed by IBJJF to the ones that you only see in ADCC and MMA.

The kneebar is an effective submission. Before the prominence of the Danaher Death Squad, Lachlan Giles, and other leg lock submission artists, you have names such as Erik Paulson, Josh Barnett and Dean Lister as some of the most prominent leg lock specialists who dismantled knees with their high-level knee bar details.

Also, though IBJJF doesn’t allow the use of kneebars until you reach brown belt, its mechanics can give you a full understanding of jiujitsu and could even stop you from doing your bad habits only because you know you are not getting kneebarred by your opponent.

In addition to this, IBJJF isn’t the only organization that BJJ practitioners can compete in. You have the likes of Gordon Ryan who usually joins submissions-only formats such as EBI and Fight To Win wherein leglocks, heel hooks, and other leg attacks are welcome.

Next, if you are fond of doing nogi, there’s no reason for you to disregard kneebars. Without the gi as your grip, passing is sometimes more challenging in nogi than in gi. And for this reason, many resort to leg locks including kneebar in ADCC.

What Scares Practitioners to Learn Kneebars?

Having a knee injury can be tricky. There are times when some practitioners will need to take some months to a year off the mats before they can get their knee fully recovered. Knee surgeries aren’t cheap as well. And for these reasons, many have avoided kneebars like a plague.

The question is how do you practice leg locks, especially kneebars safely? Stephan Kesting has a brilliant answer to this. He mentioned that you’d rather fight for the position than submission.

It means that you need to have a full understanding of what constitutes a kneebar. Instead of having a teammate sprint towards breaking your ligaments and joint, you instead make it a goal to have a fully positioned kneebar without cranking the knee.

In addition to this, Stephen Kesting also mentioned the importance of choosing the right training partner when doing leglocks. For obvious reason, you won’t see catch-release rolls on someone who is spazzy.

What exactly makes kneebars dangerous? A kneebar’s motion involves hyperextending the knee out of its range of motion (from a straightened position). If you don’t tap fast enough, there is a possibility of an injury that could require a 2-4 week rest to a full year of recovery.

If you fully understand how an armbar works, kneebars are essentially the same. Just like the armbar, it involves isolating the joint and putting enough pressure to hyperextend the limb.

When setting up a kneebar, you need to wrap both your legs on your opponent’s leg. For someone applying the kneebar, it is important to consider the positioning of your hip.

A common mistake by those trying to learn kneebars is to have the position of their hip a bit too close to the knee of the leg they are trying to attack. If this is the case, it’s a common escape for the partner to just kick the thigh squeezing the leg to slide the knee out of the submission.

Another escape that is commonly utilized during competitions is to turn the big toe away from the person attacking the kneebar. This allows the knee to move away from the fulcrum allowing the other person to escape.

To properly catch someone with a kneebar, you need to have the hip close to the opponent’s hip. This way, it gives you the ability to extend your body and bring the leg into a hyperextended position. The next important detail when it comes to doing kneebars is how you pinch your opponent’s leg using both your thighs.

Knee bars are becoming a thing these days whether it’s in IBJJF or submissions-only formats. What makes it such an interesting and high-percentage technique is the fact that you can set it up from different positions. If you’ve watched the recently concluded NoGi Worlds 2019 match between Cyborg and Victor Hugo, you’ll see a beautiful kneebar setup coming from a saddle.

Another scenario where you can find a kneebar setup is a 5050 position. However, one thing that you will have to do is to untangle the opponent’s figure four lock during 5050. Lachlan Giles shows a masterful knee bar set up by first attacking the straight foot lock before pivoting towards a kneebar. But when it comes to doing his finish, he prefers to pinch the leg by his armpit before extending his back for the finish.

But keep in mind that kneebars aren’t exclusive for bottom. Bernardo Faria shows a kneebar setup while doing an over-under pass. Unlike the usual knee bar set up, he hyperextends the opponent’s knee using his legs, hips, and leverage from playing a top-heavy game.

Setting up a kneebar can change the entire landscape of the match. It can make someone more cautious especially during any leg entanglement scenario. Despite the possibility of injury, BJJ practitioners can still drill their favourite kneebar setup without worrying about injury. However, both must be aware of the positions that can torque the knee. You will also have to tap early even before you get to feel any discomfort if you plan on doing kneebars without damaging your ligaments.