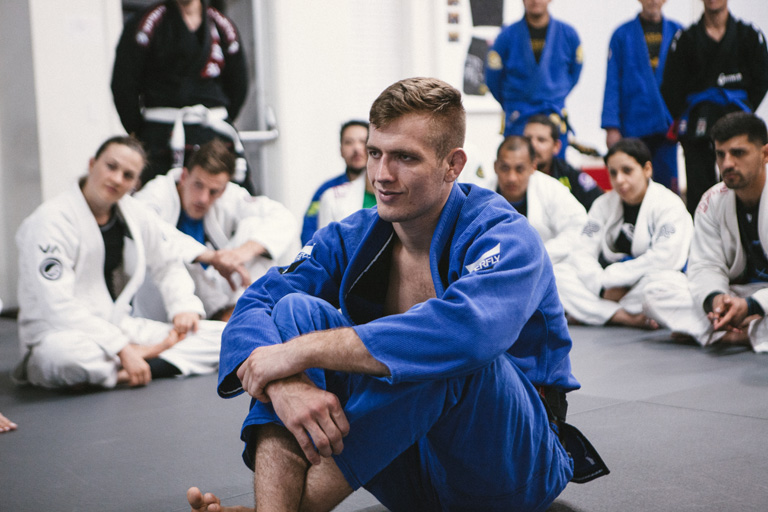 If you’ve not heard the news, Keenan Cornelius is no longer affiliated with ATOS, which has sent the community into a bit of a frenzy.

Founded and ran by ADCC and World Champion Andre Galvao, ATOS has been a dominating force in the Jiu-Jitsu world, producing some of the very best competitors in the world such as the Mendes Brothers, Lucas Barbosa, Josh Hinger and many other competitors. Last week it was reported that Keenan and Andre have had a falling out “There are many facets to this split,” Keenan told FloGrappling in an exclusive interview. “I was asked to leave.”

However, he did let slip of some details regarding the not-so-amicable departure. On an Instagram post detailing his future ideas he also said “I don’t do well around people who want authority over what I do, or how I act. So joining a new team, or repping them isn’t really what I want to do.”

So rumours have been rife within the community about the rift between Galvao and Cornelius, and there have been a few ideas thrown around. None with any legitimacy or confirmation, but they seem like the best reasons for the split.

Keenan is Not Onboard with Closeouts

This seems like one of the most legitimate reasons for the departure. On numerous occasions, Keenan and refused to closeout with teammates from ATOS. Keenan has said that he is not a fan of the closeout and has fought members of ATOS at high-level championships in the past. Keenan has even fought his own professor Andre Galvao at the Abu Dhabi World Pro in 2014, even though Andre said he would happily let him have the medal, along with the prize money.

Keenan recently fought his teammate Lucas Barbosa at the SJJIF in 2017.

The fact that there is an increasing pool of high-level black belts at Keenan’s weight class in ATOS, could cause friction if Cornelius isn’t willing the bend to the ATOS close out.

So since his departure from ATOS, Keenan has already been spotted at other gyms, it seems he is currently spending his time training with Saulo and Xande Ribeiro at Ribeiro Jiu-Jitsu, but it looks like he won’t be representing them at this year’s worlds.

In an Instagram story he talked about owning and starting his own gym.

“I will open my own academy and try to unify the scattered Americans who don’t have a place represent their country,” said Keenan. “Of course everyone is invited but we are going to be wrestlers who do funky moves and we also don’t like it when people tell us what to do.”

“My life got turned upside down but the overwhelming support I’ve seen and received really helped me see this in a positive light.”

“Last thing, I’m opening up my style and brand to gyms who want to affiliate with me.”