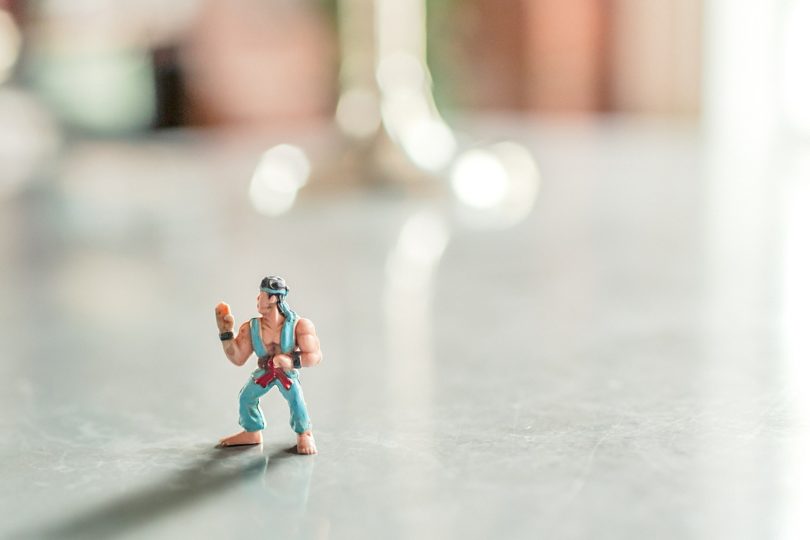 Talking to friends, who I encourage to start a martial art, there seems to be a common theme that crops up, “I don’t want to start because I will get hurt”. Listen to me, you won’t… Hopefully…

The Ego and the New

When it comes to starting something new, the ego always gets in the way. “I can’t do it because of…” is normally the reason I hear when I try to encourage a friend to start a martial art.

I was in the same boat… After 10 years of BJJ I took my first Boxing lesson. Something I’ve always wanted to try but I never wanted to start because

I was the same when I first started BJJ but as someone who finds flat out cardio a bore, I needed something would get my heart rate up while allowing me to learn new skills.

So I asked a friend who was a boxing instructor, would be mind teaching me in exchange for some Jiu-Jitsu lessons, he’s a blue belt, but has not trained in a while.

So I let go of any preconceived ideas of what I was expecting and went to hit pads and spar, and unsurprisingly I enjoyed it! The idea of being a day one white belt and new martial art is exciting and reminds me of when I first started Jiu-Jitsu and not wanting to stop.

After a few rounds of alternating pad work I decided to ask my firned if he wanted to spar. This wasn’t something I originally planned, but after getting into the groove, I knew there was only one thing that would help me brush up on my skills and similar to Jiu-Jitsu it’s sparring.

You’ll remember this as a day one white belt getting thrown into your first rolling session, you have literally no idea what you’re doing and this is a strange new world. It’s pretty much the same doing stand up fighting, but the experience is the same.

People forget that it’s useful to know how to defend themselves, but when it comes down to it and that fist comes flying at your face and connects, all those self-defence abilities go out the window and you will cover-up. Trust me, this is exactly what I did in this sparring session, but the one thing I felt after was that, I was never hurt. Yeah I got beaten up by my friend, who was pulling all of his punches, I took more punches than I managed to take, but that’s okay. I’m a white belt, and that’s fine.

There are some incredible mental health aspects to martial arts, something’s been advocated for decades. There’s something truly unique about learning a skill and getting a workout, which is something I miss from BJJ after being 10 years in the game.

So to anyone who wants to start Jiu-Jitsu or if you’re deep in the game and want to take up something new, jump in.

Always be a white belt, even when you’re a black belt.