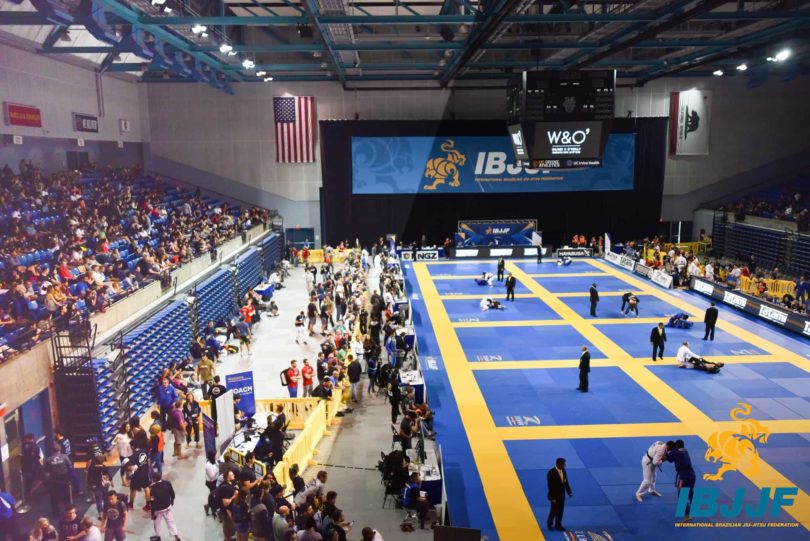 In a year that will go down in history, 2020 saw the heart of Jiu-Jitsu severed by COVID-19 and the lockdown restrictions that occurred during the pandemic.

Originally scheduled to happen March, the Pan American championships was thankfully rescheduled to October at a new location in Florida. However, this year’s PanAms are an entirely different affair.

In a year where all competitions are cancelled, this year’s Pan American Championships have done away with the traditional IBJJF points system allowing competitors to compete if they are able to get to the competition.

COVID-19 has also forced a dramatically decreased roster. In a championship that would be filled to the rafters, we now see normally stacked black belt divisions whittled down to whoever can get to Florida without quarantining. However, the show must go on, so here are our picks for the 2020 American Divisions.

The light-feather division see’s our first recognisable name and one which is likely to dominate their division, Paulo Miyao. Unusually his brother Joao is not featured in this year’s competition, but it’s likely he will be there to support his brother’s run through the division.

Featherweight sees our first handful of big names looking to take the 2020 crown, with Isaac Doederlein, Kennedy Maciel, and Gianni Grippo looking to win this division. With the recent run of form, it’s likely that we will see Isaac and Kennedy fight it out for the top podium and with Isaac’s run at Europeans, we’re giving it to him.

One of the most interesting facts about this year’s PanAms is that AOJ has split away from ATOS meaning that both teams are now competing for the coveted team trophy. With that being said, we’re expecting AOJ black belt Johnatha Alves to have a good run through the division. Other big names to watch out for are Gracie Barra’s Edwin Najmi, Jeremy Jackson and Renato Canuto, all who will get into the later stages of the division.

The really interesting thing about this year’s Pan Ams is the switch in divisions. Competitors who are normally in lighter divisions are being forced into heavier ones. This is why it’s interesting to see Levi Jones-Leary compete in the middleweight division. Absent from this year’s European Championships due to injury, we’re interested in seeing how far Levi’s berimbolos can take him through the middleweight division.

In an interesting turn of events, we see the owner of Unity Jiu-jitsu Murilo Santana enter the adult division for the 2020 Pan American Championships! This division is looking like an interesting prospect with names sich as Matheus Oliviera and Gabriel Almeida in the division.

The most surprising name to see in this division is Mikey Musumeci Jr. however due to commitments with BJJ Fanatics, he has had to pull out of the Pan Americans to everyone’s disappointment. However this doesn’t stop the heavyweight division from being one of the most stacked divisions at this year’s Pan Ams.

Unfortunately, we can see this going one way, an ATOS close out with Gustavo Batista taking the gold.

COVID has done another one of the Super-heavy division with normal 88kg competitor Keenan Cornelius coming into the super-heavy division. We’ll be will be seeing if this is the year for Keenan’s fourth Pan Am gold!

Ultra heavyweight sees no significant big names meaning this is an opportunity for a new ultra-heavy weight competitor to sign their name in the Pan American history books!

The light feather division is always stacked with big female names, unfortunalty not this year! Get ready to see a final between Mayssa Baston and Talita Alencar, a furious paced match!

Lightweight sees another lack of big names, namely Ffion Davies. However we’re looking at another ATOS close out with the two female black belts likely to head into the finals.

The final division of the adult female black belts looks to see a Gracie Barra close out with both Kendall Reusing and Jessica Flowers taking the top two spots of the podium.

In a year that no body expected it’s great to see the IBJJF getting competitive BJJ back onto our screens, and just remember, Pan Ams is responsible for the best BJJ meme thanks to Megaton Dias