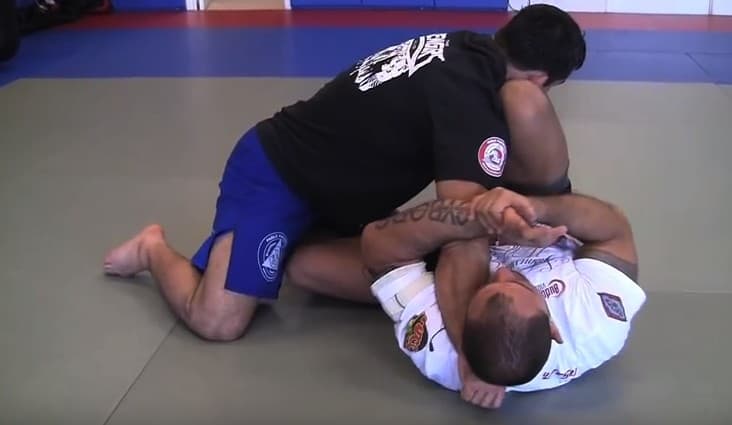 We all have that one move or position that seems to be a pest no matter how hard we focus or train to get better at it. It varies from grappler-to-grappler, but a very common position many people seem to have problems with is the half guard.
This is understandable given that it’s a tough spot to be in and it limits many of your potential attacks. Having your legs tangled up and your back to the mat with your opponent threatening to advance his/her position can lead to a sense of urgency, making you even more vulnerable than what you already are.

However, rather than sweep it under the rug, you should embrace the position! Learning moves from here will help make a weakness a strength, and it will also put you ahead of the game!

How To Hit A Straight Arm Lock From The Half Guard

But you’re probably thinking to yourself, “Where do I start?!” Have no fear and continue reading.

When it comes to Brazilian Jiu Jitsu, there are few that execute the half guard attacks as well as ADCC Absolute Champion Roberto ‘Cyborg’ Abreu!

Today, we’ll look at his straight arm lock from bottom half guard.

Learn It From One Of The Best!

Abreu is extremely well-versed in the half guard setup, and is notorious for his execution from here. He does an excellent job of breaking the move down for everyone to learn:

What To Expect In The Heat of Battle

Roberto shares some tidbits of information that is very valuable, especially for those NoGi guys out there! Since he doesn’t wear a Gi, there are no way opponents can get strong grips. For this, Roberto has a nice plan of attack.

With the knee you have up near their shoulder, bring it across slightly while maintaining control of the head. Pulling the head in, drive the knee into the sternum. As you do this, you’ll want to bait them by bringing your head to their bicep.

Once they do, you can apply a straight arm lock, getting yourself the submission victory!
So just like that, you have a beautiful setup and finish from the bottom half guard! See, it isn’t as bad as you’d think!