So since the last time we updated this post, we have seen Pedro Sauer jump on board the good ship Gracie University and new we have Rickson climbing aboard. However, there are some big changes on the way. Reported by BJJ Eastern Europe, Rickson, Rener and Ryron have been in talks for a long time figuring out how to re-invent their much-criticised platform.

With the newly formed JJGF, Rickson is concerned about the ‘dilution of jiu-jitsu’ and wants to sport to get back to it’s roots. Originally the Rio-de-Janeiro Gracie Academy focused on one-to-one private training session, with no group classes. The core classes taught people methods of self-defence against an untrained opponent, instead of modern jiu-jitsu schools where people are taught to fight trained opponents.

Rener also pipes up and says that even his Torrance Gracie Academy has focused away from self-defence due to the rapid growth of the sport and inclusion of group classes to train people in the sport of Jiu-Jitsu and not the self-defence aspect of it.

This is where Gracie Combatives comes in. While Rickson praised that GC exists to teach people self-defence, he criticises the award of a blue belt, purely on self-defence.

Rickson says that the perfect blue belt not only knows how to defend themselves in a street fight situation but also has a detailed enough knowledge based to grapple proficiently with other trained people. That is why the new GU system will have a few changes.

Students that complete the Gracie Combatives course online will earn a “Gracie Combatives” belt as a symbol of their self-defense proficiency. The new BC belt is white with a navy blue stripe running through its center. The GC should take a minimum of 12 months to complete.

Most important, the student will develop resiliency and adaptiveness through live sparring against resistant opponents (with and without strikes). Only after 6-12 months in the Master Cycle, will a student be considered for promotion to blue belt.

The Gracie Combatives belt is the only belt that can be earned through the Gracie University video evaluation process. The fact that the course is comprised of set number of techniques (approximately 75), which are exclusively designed for an non jiu-jitsu street aggressor, means that an experienced instructor can effectively verify a student’s proficiency visually, in person or via video upload. All other belts, including blue belt, can only be earned via hands-on live sparring evaluation at an authorised Certified Training Center.

Interesting prospects by the Gracie University brothers, and hopefully with Rickson at the helm they can start to rebuild their reputation. But here begs a question. What will now happen to all the original Gracie University online blue belts? Will they still be treated as a blue belt under the new combatitive program or will they all need to change their belts?

After Murilo Bustamante and Royce Gracie, another prominent Jiu-Jitsu figure has spoken out openly against online learning and grading in Jiu-Jitsu, more specifically Gracie University.

ADCC 2013 champion Kron Gracie. The son of Rickson, who received his Jiu-Jitsu black belt at 19 years of age, did not spare members of family to discuss the matter.

Dissatisfied, Kron, in an interview with tatame Magazine, criticised his first cousins and Rener and Ryron Gracie leaders of Gracie University, where up to recently (following controversy and protest from the BJJ community) you used to be able to get a BJJ blue belt online.

“It’s a shame the way the Jiu-Jitsu is being sold. I am ashamed to say that Ryron and Rener teach classes online, and that you can get a belt from a Gracie over the internet. I am sad to know that it’s happening now. Unfortunately, I can not do anything. I do not own the world, I can only control what I do. Jiu-Jitsu is a martial art. You need to put your blood in the gym, hang out with your teacher and earn the belt. It’s something you do not get with time, experience for money and friendship.”

So the saga of Gracie University continues….

Sadly we all thought we could put this shame behind us but as they say and news is good news.

Recently a 16 year old blue belt was made head instructor of a Gracie Academy in Mississippi. He has apparently been certified to teach Children and adults the Gracie Bullyproof program.

“Houston Cottrell is a certified Gracie Jiu-jitsu Blue Belt under the Gracie Academy in Torrance, CA. Having completed an extensive instructor certification program in July 2014 he became the youngest certified Gracie Jiu-jitsu Instructor. Houston is passionate about teaching and this certification means that Houston will be teaching the exact same techniques that are taught at the Gracie Academy in Torrance using the same teaching methodologies and guidelines that Grandmaster Helio Gracie outlined. He is excited to bring the “Gentle Art” as well as the Gracie philosophies to Mississippi.

Houston has taught both adult and children’s classes in various martial arts since he was nine years old and also holds a black belt in Shaolin Kempo Karate.”

We’ll keep you updated as soon as we know more. Let the pitch forking commence!

Located in Torrance, Los Angeles, California sits a Brazilian Jiu Jitsu Academy, but this is no normal academy, this school is ran by two figureheads of the sport, Ryron and Rener Gracie, grandson’s of the late Helio, the father of Brazilian Jiu Jitsu. This academy has a list of high-profile attendees, such as Prince Jackson, Ronda Rousey and many others. But underneath the halls of Helio’s legacy, below the regularly cleaned mats, lies a subject that has been shrouded in controversy, the Gracie University. 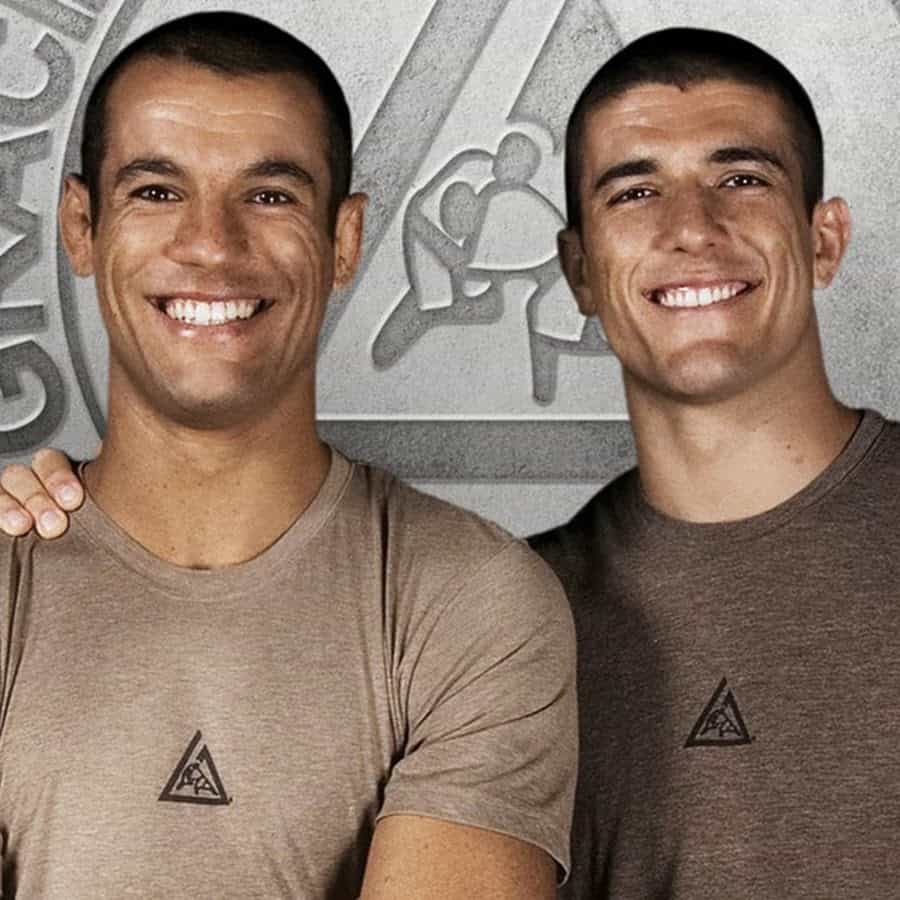 For those who don’t know about the Gracie University, it’s an online platform that allows students to teach themselves a form of Brazilian Jiu Jitsu called Gracie Combatives, which is a self defence focused form on BJJ, designed to be effective in “the streets”.

When you read the text describing the Gracie Combatives, the first thing that hits you is the amount of trademarked marketing terms that have no real meaning. Phrases such as Dynamic Reflex Development, Technical Slices and Flight Simulation Drill are all thrown together in one illegible paragraph designed to confuse, impress and interest the senses.

The whole point of Gracie Combatives is to allow the student to study from home, with a like minded person, practice the techniques and send off their videos to the Gracie University in order to receive their blue belt. Some pro’s about the program, the whole journey to becoming a blue belt in Gracie Combatives is actually very cheap, all 36 training videos come to  just $326, where as someone like me, who’s trains on average, twice a week, for two years, spending £5 a session, spends £1040 ($1726.82) earning their blue belt.

However to become a blue belt at home and a blue belt in a club are two polar opposite experiences. Without a club, you don’t have the camaraderie, the friendships and the high-level instruction, you also can’t share your experience of promotion through the online service, you just get a belt and a certificate through the post. How exciting.

As a professional digital marketer I decided to delve deep into the Gracie University website and what I found was un-surprising evidence of trying to game the system. Low-level spammy link building and blatant buying of Facebook likes. Yes the most popular city is Rio, which is to be expected, but guess where most of the companies selling likes get their stock from? That’s right, places such as Brazil, Egypt and the Philippines, where labour is cheap.

Problems on the outside

I decided to delve deep into this subject after being wrapped up in an unfolding saga on the Facebook group UK BJJ UNDERGROUND. Here someone was approached by two Gracie Combative blue belts asking to do some kids classes, teaching the Gracie’s bullyproof class. After they were turned away by the academy, they decided to set up their own club… in the same leisure centre as the ongoing BJJ club. This got everyone pretty angry about the whole situation, which has suddenly become a catalyst to get UK BJJ practitioners to stand up against online grading.

In fact, the blue belts were even invited to compete for free at some UK tournaments, but to no avail, the blue belts declined due to the fact their club decide not do the thing that makes Brazilian Jiu Jitsu  unique to every other martial art in the world, full-contact live sparring.

You can go as hard or as easy as you like in BJJ, without any real risk of injury, if you and your partner as sensible, of course. Without sparring you will never know if your techniques are truly effective and rolling is the only street experience you can get without actually scrapping on the concrete.

And this is the inherent flaw of the online grading system. How can you gauge your skill level and your belt worth when you have no-one who’s higher than you to point out the flaws in your technique. It’s all a bit black and white, where in fact BJJ is a rainbow of colours.

It’s not just the community who have an issue with the online grading system of Gracie Combatitive. Royce Gracie has opened up about his opinions of the curriculum saying,

“I wonder if Gracie Academy Students paying $200 know that all they need to get good at jiu-jitsu is to join online Gracie University. I find it ironic that worlds like Gracie and Online learning are somehow tied into worlds like Helio Gracie. It’s a shame when your own family changes the concepts of everything you stood for then uses your name and then is actually tying to convince the world that it’s better to learn from a screen then a person specially the art as complex and technical as jiujitsu. And on keepingitplayful. Helio Gracie has a saying “two men playing I smell blood” #ikeepithonest. @realroyce”.

So, what do you think about online belt grading, is it hurting BJJ as a legitimate sport? Or does it allow people an opportunity to train, where there are no places to go?

Rener and Ryrion have released a statement about their new grading system, you can read the full statement here.

Strength and Conditioning for BJJ Over 40

Conor McGregor Arrested in Miami and Charged with Strong-Armed Robbery