Gracie Barra proved that it is possible to bring BJJ as a martial arts to everyone. As a team and a business, it proved that BJJ gyms can be family-oriented and have kids and working individuals enjoy the gentle art.

Though Gracie Barra is one of the most popular teams in the BJJ world, it took a long time before it was able to find success in the US. Before it became the ideal model for a successful academy in terms of affiliation, Gracie Barra was known for its competition team that was able to stand toe to toe against other prominent teams from Alliance to Carlson Gracie in the 90s and even during the early 2000s.

Gracie Barra started in 1986. However, the history of Gracie Barra can be traced earlier in 1983 when Carlos Gracie Jr decided to take control of the team after his brother Rolls Gracie died from an accident. Carlinhos before helping Rolls Gracie in his academy was teaching along with Rickson Gracie in the main Gracie Academy. Rolls Gracie was able to influence his brother Carlinhos that he helped Rolls for 3 years before opening his gym in Barra da Tijuca.

What Carlos Gracie Jr’s decision unique to open a gym in the area is the fact that Barra da Tijuca is nearby the neighbouring Recreio which is known for its surfing. Compared to downtown Rio, the area is not as heavily populated. With fewer people and less foot traffic, many thought that the plan to open an academy in this area isn’t feasible. In one year, Carlinhos was able to turn his initial 20 students into 200 students.

The name was called Gracie Barra because people started calling the academy as “os Gracie Da Barra” or The Gracies of Barra. The Gracie Barra was adapted to differentiate the team from Gracie Academy.

The Early Growth of Gracie Barra

Many of the students from Roll Gracie’s academy from Copacabana went with Carlinhos including Jean Jacques Machado, Renzo, and Ryan Gracie to name a few. When the local surfing community learned about the Gracie gym in the Barra da Tijuca, the gym filled up and the academy was a success.

The techniques developed during the early days of Gracie Barra translated into their tournament performances. A good number of their competitors were able to revolutionize the game. The likes of Nino Schembri introduced a flexible and offensive open guard that even became a model for the current array of open guard attacks. There’s also Roleta doing inversions and Renzo Gracie with his butterfly hooks.

From the late 1990s to the early 2000s, Gracie Barra was able to win big Jiu-Jitsu championships including the Mundial on different occasions. In 2002, Gracie Barra won 8 gold medals in the men’s adult black belt division that cemented the team’s name as one of the top academies.

But just like any other big team, a split is inevitable as different personalities and views emerge from the group. Despite the success of Gracie Barra, some key players decided to go their separate ways. Helio “Soneca”, Alexandre “Soca”, and Mauricio “Tinguinha” were among the players who didn’t like the direction of the team and decided to move out.

By 2007, Roberto Correa (Gordo) left and started his own team Gordo Jiu-Jitsu. Gordo had a feud with Carlos Gracie Junior and Carlo Malta who happened to be the manager for most Gracie Barra fighters. Gordo decided to leave the team and form “Gracie Fusion” and later Gordo Jiu-Jitsu. 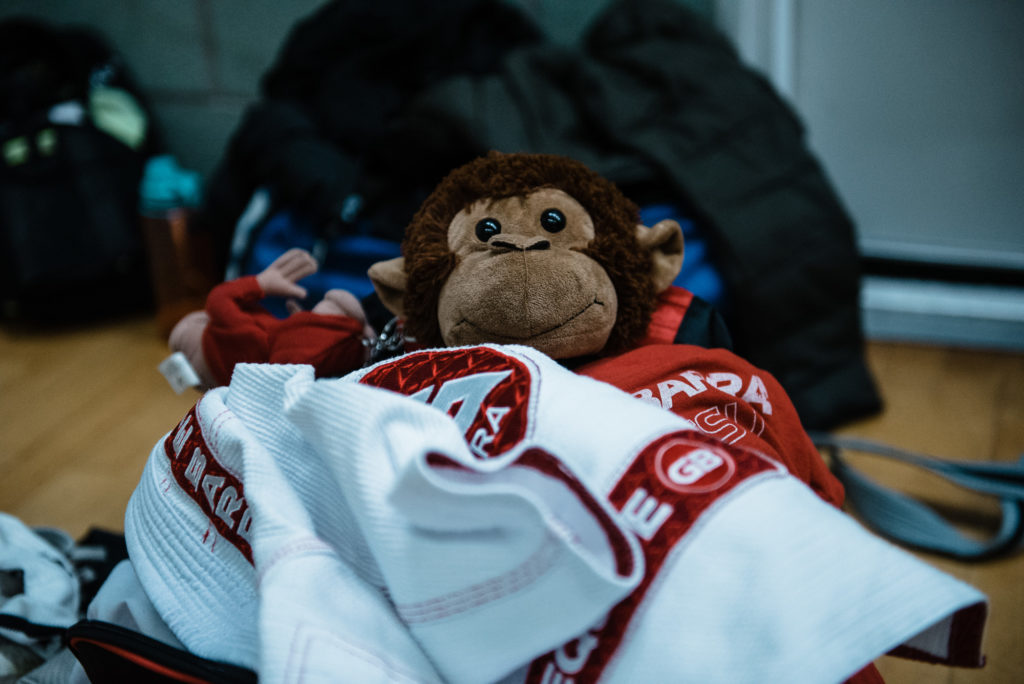 Gracie Barra Moving to the US

What irked him was that he was friends with Marcio Feitosa who was one of the head coaches for Gracie Barra. Tinguinha only heard of the move to the US via the internet which made him upset.

Later after the move, James Lu then changed the locks on the doors and decided to dismiss Carlos Gracie Junior and Marcio Feitosa from their positions to teach in the Gracie Barra gym. The students signed with the gym and not with the Gracie Barra Franchise which made the problem bigger. After this incident, Carlos Gracie Jr and the team moved to Irvine California to have their headquarters in that location.

Many consider Gracie Barra as the McDonalds model for BJJ gyms today. Since Gracie Barra was able to step foot in the US, different black belts were able to open smaller gyms around the US. Their business approach is “BJJ for all”. This made Jiu-Jitsu move away from the tough-guy persona to the family-oriented type. This move made the gyms find success financially. The students grew by the thousands. However, with this approach, it took a huge blow to Gracie Barra’s competitive results. With black belts spread out all over the US, the successful competitors from Gracie Barra winning by mid-2000s have decreased.

Gracie Barra was able to make a comeback and refocus on their competition around the 2010s when competitors such as Felipe Pena and Otavio Sousa made its way to raise the Gracie Barra flag in the big competitions. They’ve also developed some homegrown talents with Edwin Najimi and AJ Agazarm.

Overall While Gracie Barra gets a bad wrap, it’s made Jiu-Jitsu far more accessible to the average hobbyist and for that, we should thank them.