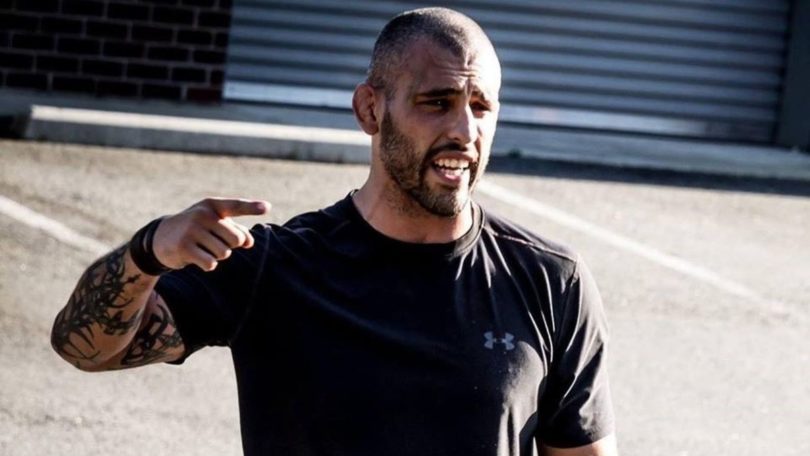 George Lockhart is by far the best in the combat nutrition industry. Currently, George is best known for his work with Conor McGregor, where he is a member of his team. However, Conor is certainly not the pinnacle of George’s work. After all, he has trained more than 100 UFC fighters in nutrition and weight management, including 11 world champions. In fact, he has also been Georges St-Pierre’s nutritionist for several years. However, his work is well known to people who do not hire him. This often raises the question of what George Lockhart’s regime is and what his main advice for grapplers is.

The real reason why Geroge Lockhart is so successful with his nutritional advice is simplicity. He is a very down-to-earth man who does not like to do unorthodox things in terms of regimes. After all, he follows everything he says and is shredded and in the form of his life. He was also a sailor and even received a medal for the nutrition plans he had provided to the army. George Lockhart’s regime is a regime that works because it is based on principles rather than models.

Geroge’s approach to diet and weight reduction for fighters and wrestlers has radically changed the world of martial arts. Currently, most players use or study his methods. The problem with George is that, like Danaher, he is only available for direct work. Until recently, there was no information on George Lockhart’s regime. Now, all his secrets and dietary advice for grapplers and MMA fighters are known.

Eating like Geroge Lockhart is actually not difficult at all. There is certainly a lot of science in Geroge Lockhart’s regime. However, this does not mean that it is complicated or that they need a diploma to follow the basic principles. Just as conceptual BJJ is much better than simply choosing one technique after another, principle-based nutrition prevails over models. There are no X weeks of shredding or nonsense like that. Lockhart’s approach is simple and works for everyone.

George also likes to use simplicity in supplementation and meals before and after training. Unlike many other nutrition specialists, George Lockhart’s diet does not require you to drink protein immediately after training. Isn’t that crazy? Not really, if you stop and think about it.

In today’s world of sugar and sugar derivatives, it is very difficult to avoid them. Even people who think they are no longer consuming sugar ingest large amounts of sugar. Of course, I’m not talking about natural sugars, like honey or dates. I am talking about processed sugar and all the other processed sweeteners used. The trick is that they are found in salty foods, such as pizza and bread, as well as sweet foods. 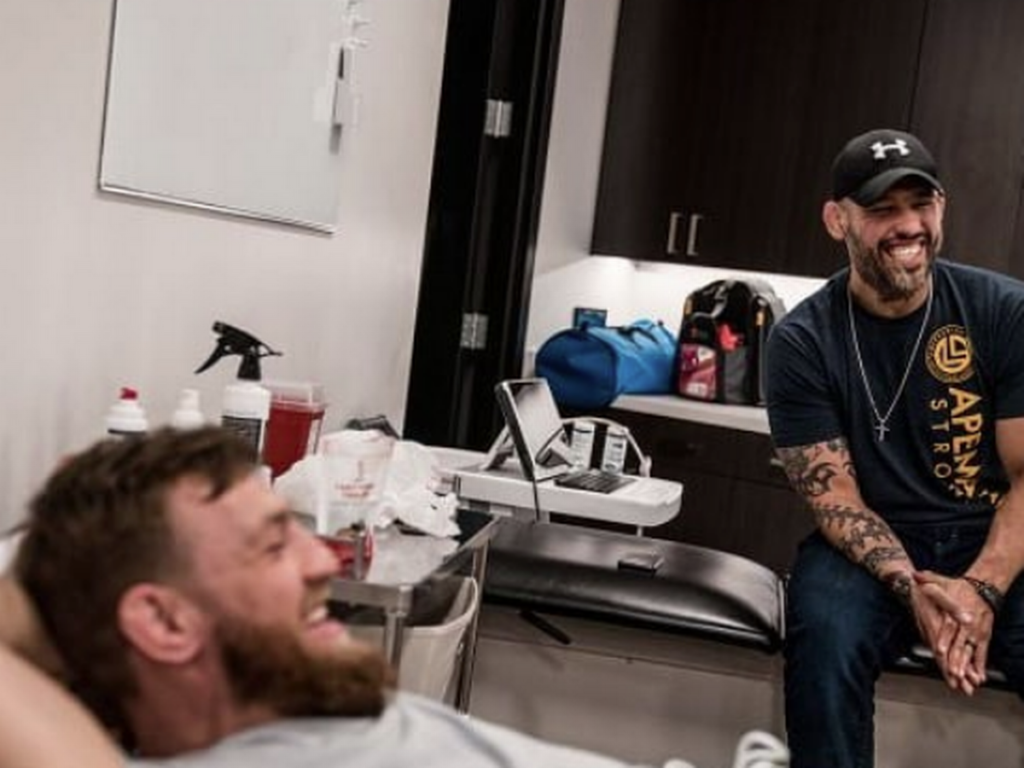 According to Lockhart, the main problem with sugar is that it has an endless cycle. The more sugar you eat, the more sugar you crave. And we all know how it can end, especially if you’re a fighter who’s been holding it for months. Fortunately, George Lockhart’s regime has found a solution to this common problem.

Lockhart adds a little cinnamon to the hot water. Anything from a stick or teaspoon to a tablespoon of this substance spreads. Cinnamon actually has no impact on your caloric intake, but it is incredible to reduce the need for sugar. If they are followed by hunger, George likes to add psyllium shells to make it a high-fibre drink. Now you suppress the cravings for sugar and stop hunger at the same time. This is just one example of the many dietary tips it must offer to grapplers.

That’s when George will wonder if many people are wondering if he’s right. Let me help you… he is. He knows his business and he’s 100% right. The main source of fuel for humans is not carbohydrates, but fats. The reason is that most of our daily lives require aerobic energy systems. Although fat is not the only source, it is the main one.

Now, in anaerobic projects, such as jiu-jitsu or MMA, you have to tap into a faster energy source. That’s where carbohydrates come in. The carbohydrates your body uses come mainly from the glycogen stores in the liver and muscles. The key thing here is that you need to ingest protein so that all the carbohydrates in the glycogen are available to the body. Proteins before training? Yes, without a doubt. Another of his essential dietary tips for grapplers is to combine protein with honey for maximum effect.

However, swallowing a protein shake after training will not help you. Your body needs carbohydrates after training and many of them! Proteins do absolutely nothing for you. This is a misconception that is ignored in obsolete weight training practices. This will work for manufacturers, but not for grapplers. So, after training, limit yourself to carbohydrates and dried fruit.

As for supplements, George does not advocate their use, but neither does he prohibit their use. Supplements are a very individual thing, so using some of them can actually work for some people. The problem with supplements is that they are processed products. And, as mentioned above, processed foods are prohibited in George Lockhart’s diet.

Lockhart absolutely avoids fat burners. As he says, fat burners work in two main ways, none of which are healthy. Fat burners increase your heart rate so you don’t even want to think about food or they suppress your appetite. Both routes are due to a series of unnatural chemicals, so they have no place in George Lockhart’s regime. The worst thing is that the body gets used to fat burners and takes more and more of them to get an effect. Dietary advice for grapplers

As for approved supplements, George likes to use vitamins, especially for athletes with disabilities. The people who are most deficient in certain vitamins are generally vegetarian and vegan, so they should take a vitamin supplement.

The only thing everyone wants to know is fat loss. Every time someone talks about a nutritionist, people think about fat loss and shredded abs. No matter if the goal is to achieve a maximum of six performances or maximum performance, people always have a big loss in mind, even if it is not a priority.

As for training, Lockhart advises you to do what you want to do to increase the number of hours of training. Everything you like to do (for grapplers, it means more BJJ) is the best way to sneak in longer and relax. In addition, most of the fat loss, especially for grapplers and fighters, is that it should not be a priority. Fat loss is a by-product of George Lockhart’s diet. However, the main objectives are better health, better performance and more strength and power. Having abs is a great bonus!

Why do so many fighters turn to George Lockhart’s regime to say they are never hungry? Geroge feeds his fighters up to 10 times a day, which means they are never hungry. At the same time, they manage to eliminate these kilos while keeping their power intact. It is the delicate balance between weight reduction that many people have already made mistakes.

One of his main dietary tips for grapplers and MMA fighters, Lockhart likes to manipulate water to make his athletes gain weight. However, he does not like to dehydrate the fighters, like many others. Instead, it loads the water, so that the body thinks it has to drain the water. This means that when you stop drinking water, the body keeps bringing it out. The best thing to do is to do it the last day or two before applying a weight, which means your body is never dehydrated. He continues to drink water while he loses water to make weight. It’s like magic.

For same-day weighing, which is common in the wrestling community, Lockhart recommends not cutting more than 5 lbs. in the previous days. Anything that goes further implies a risk of dehydration and body fatigue. This means that you will be able to get up, but you will be completely useless in the fight.

This is the burning issue for all types of regimes. Cheating meals are a staple food in the diet of athletes, especially when people lose weight. It is not uncommon for grapplers and fighters to rise like mad every week, especially after a competition for which they have lost weight. If you ask George, he’ll never have to cheat at meals. However, he recommends a form of it. In fact, some of his best regime advice for grapplers is in this department.

With regard to misleading meals, the Geroge Lockhart regime prohibits anything that is transformed into misleading meals. Apart from that, you can have anything you want. The no processed food rule means that there is no fried food or fast food. Although people cannot perceive this as a misleading meal, it can be one, depending on the quantity. Geroge’s cheaters allow you to eat as much as you want, as long as you respect the principles of its diet.