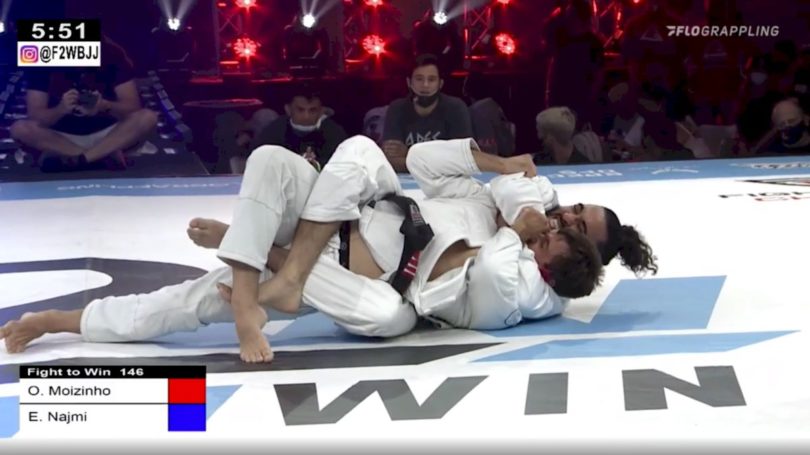 Another great Fight 2 Win event during the COVID era is over, and after an exciting night of matches in Austin, TX, we finally have our F2W 146 winners.

The main co-event of the evening saw BJJ legend Caio Terra take on Gabe Tuttle, the 10th star on the planet, in a fast-paced no-gi match.

Tuttle started the guard, but Terra wasted no time in getting up there. Tuttle managed to escape after Terra took lateral control and then regained the guard. A brief exchange almost led to a leg-lock battle, but both competitors disengaged before any damage could be done. Terra overtook Tuttle’s legs, moving to move up and flatten his opponent, but was unable to do anything with a brief attempt to lock legs. He moved to mount again and Tuttle couldn’t shake him until Terra began attempting a submission, causing a rush that forced Terra to pass Tuttle’s guard again. In the last minute of the match, both contestants started the action as Terra tried unsuccessfully and briefly to lock another leg, but neither could finish the match before time ran out.

Terra obtained a unanimous decision at the end of the match.

In the main event of the evening, Edwin Najmi faced Osvaldo “Queixinho” Moizinho of Ares BJJ. Najmi started the match by working on the Queixinho’s guard passage, which turned into an attempt to pinch both contestants. Queixinho let go first and both started to go out of bounds. Returning to the centre of the stage, Queixinho began to play guard again, attempting an Estima lock and finally working on a single hook on Queixinho’s back.

After rolling out of bounds a few times, Najmi was put back on Queixinho’s back in the centre, where he was quickly able to put his other hook in and sink the starter for the win.