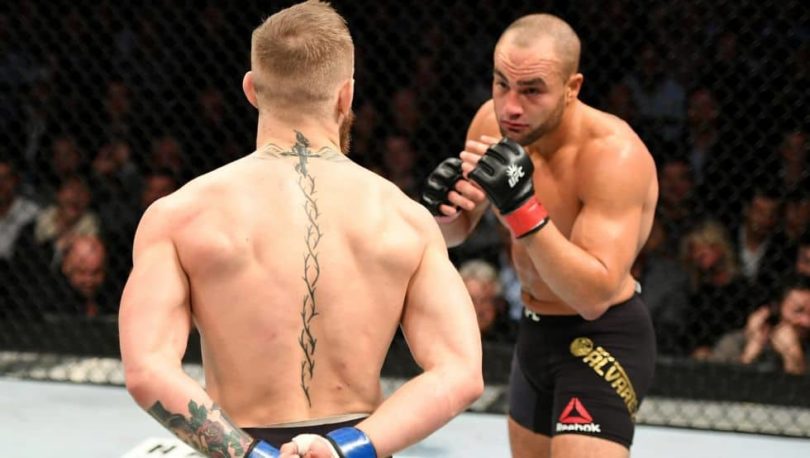 During an interview with Chael Sonnen on his podcast You’re Welcome, ‘The Underground King’ was asked about his struggles in the wrestling department in the UFC 205 headliner, here he went into great detail about his game plan and where it all went wrong

“It was all because I didn’t go left,” Alvarez said.

“If I go left then his lead leg is right there for me to grab. If I go right then I’m going away from his lead leg. I literally dug my own grave and it sickens me.

“I watched the tape and if you just go left then the lead leg becomes closer, my right hand finds its range and everything that I do well begins to work.

“But I didn’t. I went right and it was sort of a death sentence.”

“And I literally can understand people’s frustration with me and them telling me that because when I watch the fight personally myself, I see that I did everything to lose this fucking fight. I did everything.”

“I couldn’t have done it any worse for myself. I don’t know if it was because I got buzzed in the beginning of the fight. I can’t really put a finger on it.” 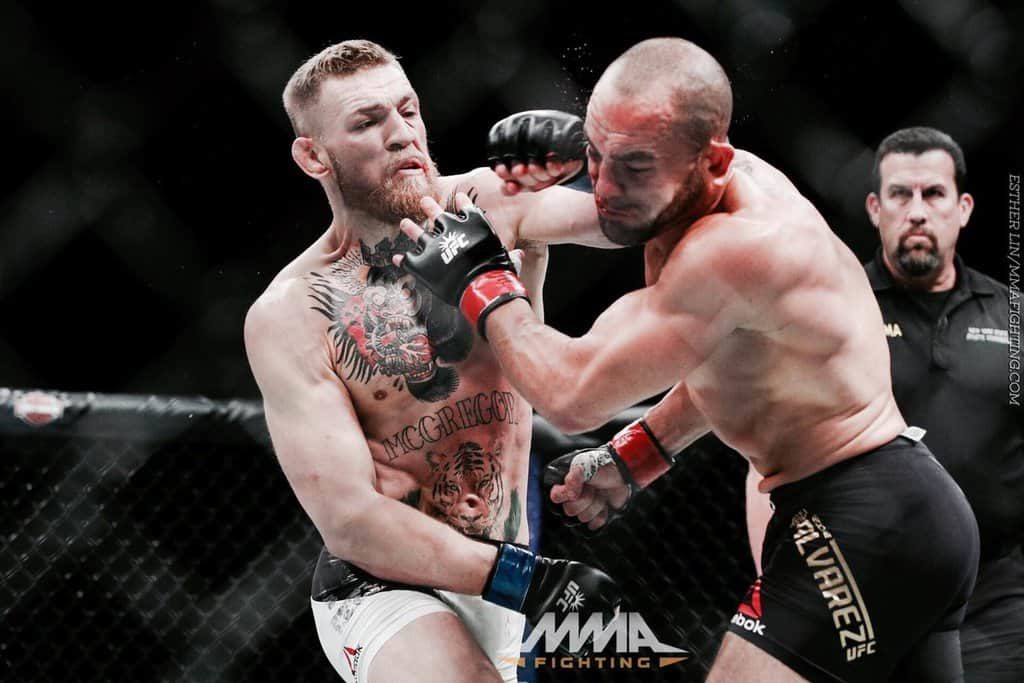 Alvarez even went on to talk about McGregor’s legendary left hand, and how it caught him a few too many times…

“He doesn’t engage on it,” Alvarez said.

“He throws it off you so it’s the timing of it and I don’t even know, he might have landed to the back of my head. To be honest with you, with the first shot I had no clue what it was. I had no clue.”

“I got hit and my butt was on the ground and I remember thinking in my head ‘What the fuck was that?’ I had no clue what the first shot I got dropped with was but I think it was that I threw and he threw at the same time. It was basically throw-on-throw. I threw and he threw and I missed but his range was able to get me.”

“He does it really well,” Alvarez continued. “He throws on throw and he also changes it up where he’ll let you throw, he’ll rock back and then he’ll counter.”

“What bugs me about the whole thing is that he didn’t do anything that we didn’t prepare for and I have no one to blame but myself about it and that’s what fucks me up about it and gets me angry.”

“It would be easier if I could go back to my coach and say ‘You son of a bitch, you messed up and you didn’t tell me this was going to happen.”

“We literally got ready for all of this and I guess there’s a difference between knowing and doing. We knew but I simply didn’t execute.”

“I fumbled ten times and you can’t win games by fumbling.”