When it comes to protection in MMA, one of the most important things to protect are, well y’know. While cups have been around for decades from sports such as Cricket, Baseball and American football, there was a need for a more specialised protective cup for fighters.

Founded in 2009, originally as a fight wear apparel company, Craig Diamond’s initial idea for the Diamond MMA Cup came from many discussions with fighters who desired something different to what was available on the market. Working with professional and amateur fighters across the globe Diamond MMA developed their world-renowned compression jock and athletic cup. But how does it work in the real world? Let’s find out.

When you buy a groin guard, you’re looking for as much protection as possible. Generally, protection comes from the toughness of the cup, from the steel cups they use in Muay Thai, or the rigid plastic cups they use in most athletic sports, Diamond MMA have gone in a slightly different direction.

While their cup is generally considered to be a plastic build, it’s design is actually built from a flexible polycarbonate, which is the same material they use for bulletproof glass… Pretty tough then.

This polycarbonate design is then surrounded by an elastomer support, which is designed to disperse energy when the cup is hurt, reducing the likelihood of groin injury.

The polycarbonate build and rubberised edges of the cup allow easy cleaning of the cup, which is essential as it will get sweaty during work out sessions.

Visually the cup itself looks impressive. While groin guards aren’t designed to aesthetically pleasing, the Diamond MMA Cup stands out from the crowd. The rubberised outer rim is a striking royal, contrasting with the black polycarbonate emblazoned with Diamond MMA logo. For groin protect, it looks sleek and modern.

To wear the cup, you are also provided with a modern style pair of compression shorts, which themselves add protection. The guard is inserted into a pouch in the front, unlike other jockstraps or cups, this a far more comfortable way of wearing a cup. The drawback of this system, however, is that it can be fiddly to get the cup positioned correctly as there’s the material between the cup and the groin, but once it’s in place it stays in place the whole training session.

Thanks for the flexible polycarbonate the cup itself is actually very comfortable and can be used for hours without any issue. It flexes and bends with the body movements and most importantly, that flexibility doesn’t give way during impact. The added rubberised layer around the edge helps with the impact distribution.

One of the biggest drawbacks about this cup and other similar cups that come in a compression shorts design is that if you train more than a few times a week, you will need to build multiple pairs of shorts.

The athletic cup itself comes in at $29.95, while their full compression shorts and cup system comes in at $90. Which this is a lot of money, especially when it comes to groin protection, there’s a reason Diamond MMA are the official suppliers of groin guards to the UFC. Their super high-quality materials mean that you should have a groin protection system that will last an incredibly long time. 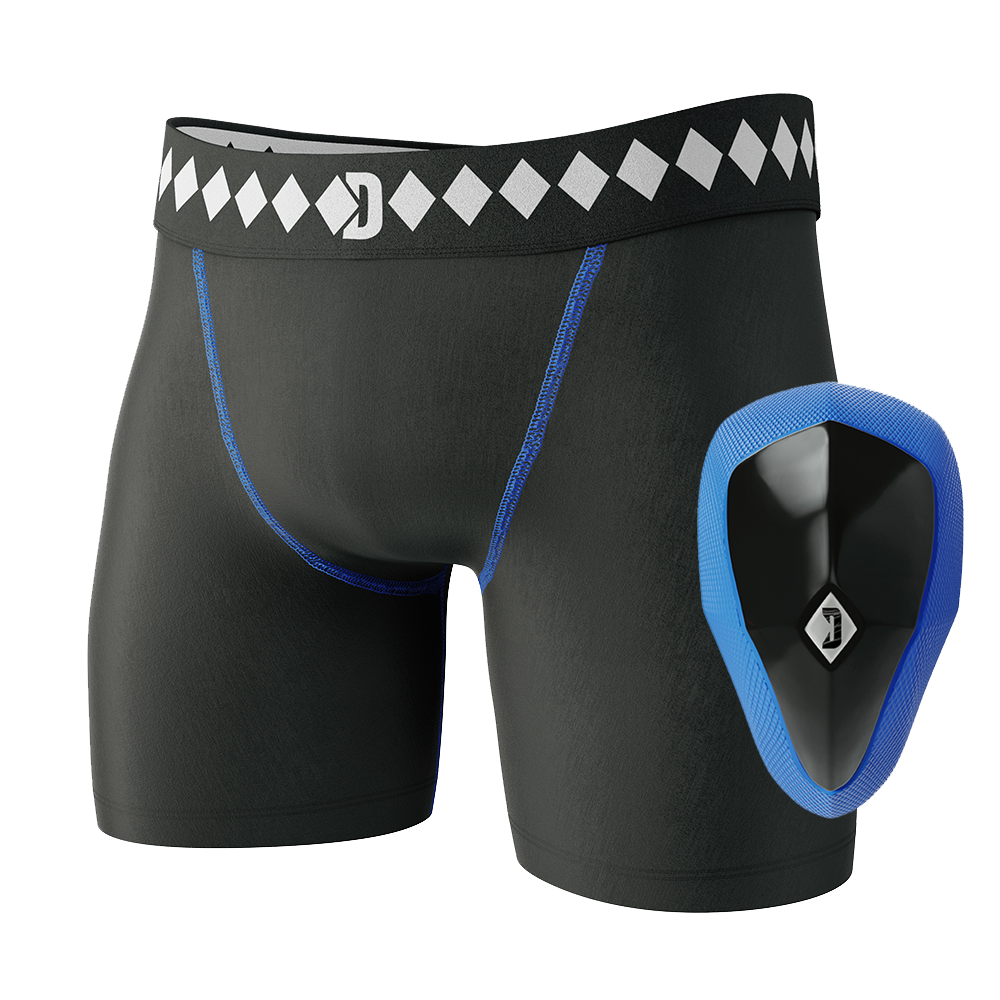 Cons
Fiddly to put on initially
Can be considered expensive