Daisy Fresh BJJ – All About The Pedigo Submission Fighting Team

The Pedigo Submission Fighting Team has gained international recognition since Flograppling started its Daisy Fresh BJJ documentary series. The Daisy Fresh BJJ crew has become popular among fans and is making a name for themselves in the world of Jiu-Jitsu.

The History of the Daisy Fresh BJJ Team

In the sleepy small town of Mt. Vernon, just outside of St. Louis Illinois, there is an old laundromat with a large hanging sign that reads “Daisy Fresh”. Enter through the doors and you won’t find a place to wash or dry your clothes, instead, you’ll come to find a matted gym filled with medals, Shoyoroll gis, and bodies sleeping on the floor.

Founded in 1997, Heath Pedigo took over the premises and never bothered to remove the “Daisy Fresh” sign hanging up in front of the newly established gym. This confused many locals who would often be seen walking into the gym expecting to be able to wash their finary.

However, housed deep in the belly of this former laundromat was a world-class gym that no one had ever heard about. Pedigo Submission Fighting had an aggressive style of training that would see them pick up numerous world championship medals and compete for team trophies against some of the biggest teams in the world.

When Flo Grappling released Episode 1 of “Daisy Fresh – An America Jiu-Jitsu Story”, the BJJ community was hooked from the start. The mini-series featured a rag-tag group of BJJ practitioners whose life was the become the best in the sport by any means possible.

The first thing the documentary picked up on was how this team of grapplers would breathe, eat and literally sleep jiu-jitsu by sleeping on the mats every night. From the choking humidity of the summer months, all the way through to the icy winters, this group of grapplers would be seen drilling moves at 2 am, waking up early, and training up to 9 hours a day.

To accommodate this lifestyle, a number of members of the team have little to no money. Most of them would be unemployed so there could focus on their passion. Their little income would normally come from tournament wins, teaching privates, or working small part-time jobs to sustain their lifestyle.

Because of this, coach Heath Pedigo would waive their gym membership, and give them a space on the mats to sleep, so they could focus on the one that mattered to the team, Jiu-Jitsu.

The documentary captured the hearts of the BJJ community with their “hobo-like” lifestyle of sleeping in a gym surrounded by gis, medals, and only one hot plate to cook their food on.

This documentary series has gone on to turn the Pedigo Submission Fighting Team into some of the most popular athletes in the sport, down to their likable personalities, underdog story, and intense dedication to becoming jiu-jitsu world champions, with very little means.

Flo Grappling has currently aired 3 seasons of the docu-series with a final fourth one in the making.

Founder of Pedigo Submission Fighting, Heath Pedigo is the mastermind behind “Daisy Fresh BJJ” and black belt under Rodrigo Vaghi. The Mount Vernon local founded the team in 1997 when he and his brother would learn grappling from watching VHA tapes. Like many others in the sport, Heath cites the early UFC fighters as his inspiration for getting on the Mats 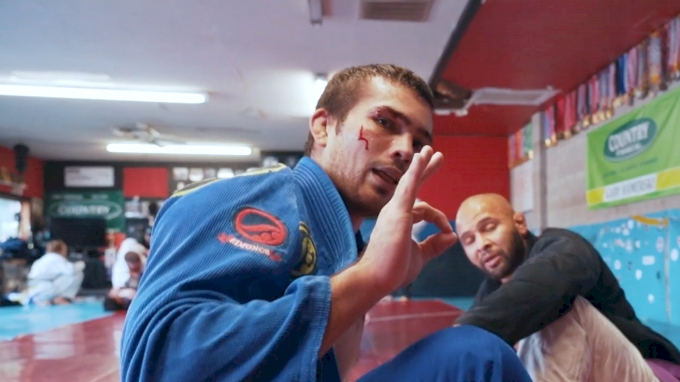 One of the most notable members of the Dasiy Fresh BJJ series. Andrew Wiltse is one of the most decorated. Andrew has won multiple titles across numerous IBJJF competitions. Some of his most notable podiums are winning gold in 2020 and achieving silver in 2021 at IBJJF Pan Americans.

In 2019 Wiltse received his black belt from Heath Pedigo after winning NoGi Pan Ams. This was an important moment in both men’s lives as Wiltse was the first person to go through the whole belt system with Heath.

Andrew has also featured on submission-only invitationals such as Who’s Number One and Fight 2 Win, recording numerous wins on those platforms.

Andrew is not seen as much on the competition circuit currently due to injury and looking after his mental health, but he is slated for a big 2023 return.

Wiltse is best known for his love of Panda Express, an American-based fast food restaraunt.

The second half of the Wiltse Brothers, “Bird” Wiltse is a brown belt under Heath Pedigo and was featured in the documentary with his brother Andrew. It’s rare to see him compete these days, Bird is well known for having a lethal straight ankle lock coined the “Bird” lock, which you can find on bjj fanatics.

One of the key members of the Daisy Fresh BJJ family. Jakob Brooks, aka Spatch is a purple belt under Heath Pedigo. Originally hailing from Australia, Spatch moved to the United States after he discovered the team online.

Spatch can be regularly seen at competitions coaching members of the Pedigo Submission Fighting team as well as competing himself. 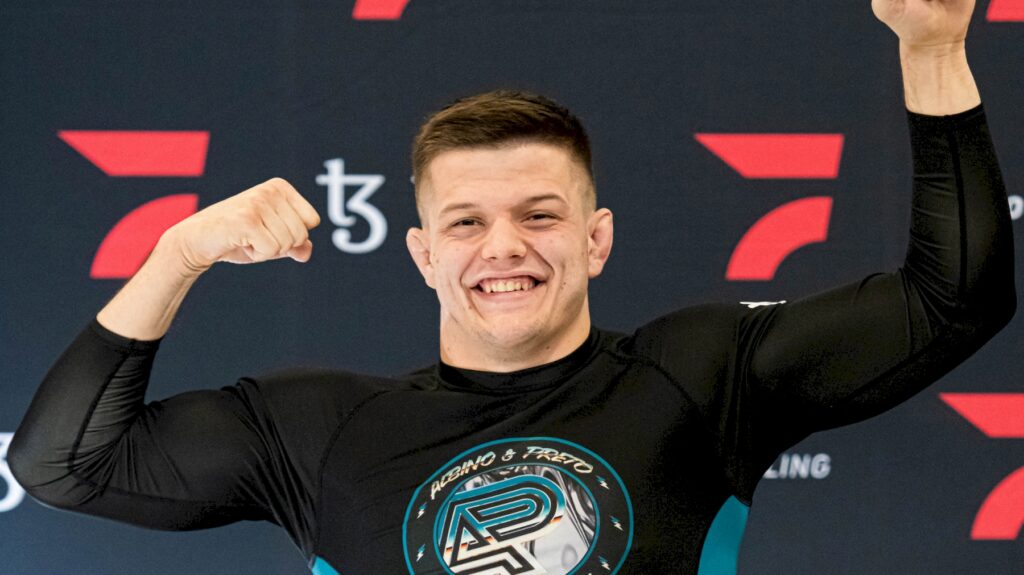 One of the most lovable members of Daisy Fresh BJJ, Jacob Couch, aka The Hillbilly Hammer was introduced in season 2 of the Flo Grappling docu-series.

Originally from Hazard Kentucky, Couch decided to move to Mt Vernon after meeting Andrew Wiltse at a local tournament. Since joining the team, Couch has competed against some of the best in the world under the Pedigo Submission Fighting banner.

In 2022, Couch was promoted to black belt on the podium by Heath after winning NoGi Worlds at brown belt, an emotional moment for both men.

Originally in the military, Valladares moved to Daisy Fresh and is one of the original members featured in the series. These days you can regularly see him travel the world with his team teammates, competing in international competitions, such as Grapplefest.

Alejando Wajner is a purple belt under the Pedigo Submission Fighting banner. One of the original cast members of the Flo Grappling docu-series Alejando suffered an extremely bad ACL injury which put him out of training for an extended period.

While still competing in BJJ Wajner is also the head coach of the Mt Vernon high school wrestling team, the Rams.

Former NCAA Division one wrestler, Micheal Pixley was an extremely decorated grappler before heading to Daisy Fresh. The blue belt in BJJ has already had some exciting matches, most notably with British BJJ Black Belt and Commonwealth Games medalist Owen Livsey

One of the newest members of the PSF family, Rosa Walsh is a brown belt from Ireland who now calls Daisy Fresh her home. One of the most decorated brown belts in Europe, Walsh decided to spend a large amount of time in Mt Vernon, training with the Pedigo Submission Fighting team before representing them in competition.

After the original Daisy Fresh gym started to show its age, especially when the sign fall down in 2022. The Pedigo Submission Fighting team moved to a new, fully-kitted out facility, still located in Mt Vernon Illinois.

The new gym now boasts two floors of matted training rooms, a free weights area for strength and conditioning, dedicated offices for Podcasting and video content, plus dorms for athletes to sleep in.

While it is a mile away from the original gritty gym, the heart of PSF still remains in the hard training that happens every day at the new facility.