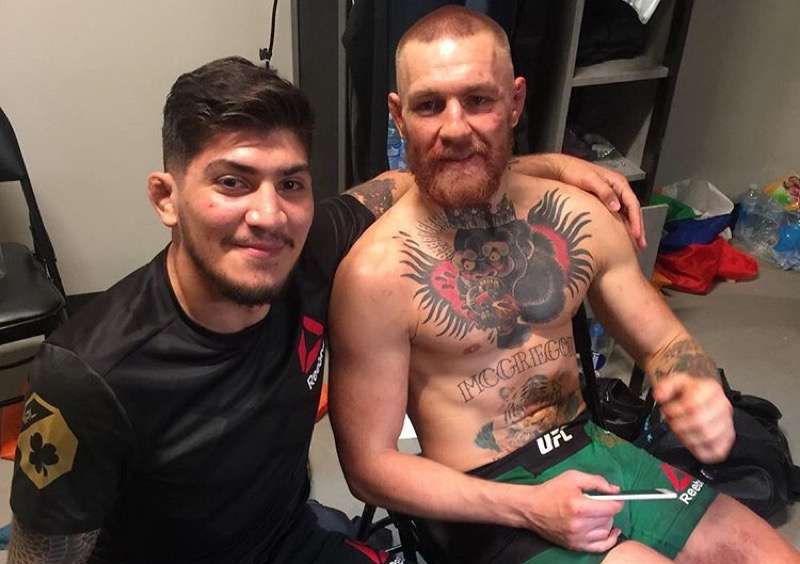 MMA and Jiu-Jitsu self-proclaimed bad man has finally had his sentencing for his part of the UFC 229 mass brawl that broke out after Khabib Nuragomedov defeated Conor McGregor.

5 months after the incident, the former Marcelo Garcia, turned Unity, Jiu-Jitsu black belt has received a $7500 monetary fine and a 7-month suspension from combat sports. Danis, who is regarded to be the instigator of the brawl, came out on Instagram with the following statement.

“Seven months and $7,500 for defending myself. It is what it is. Fuck it. At least I got that bitch with that two-piece and a biscuit then he cowered away.”

7 months and 7500$ for defending myself it is what it is fuck it at least i got that bitch with that two piece and a biscuit then he cowered away ??‍♂️

Conor McGregor, Dillon’s training partner, also commented on Danis’ suspension, “I’ve got the brother and the cousin from the back flank. Over and out Whiskey Charlie Foxtrot.” Most likely talking about Khabib’s teammates who fought McGregor in the cage while the brawl happened outside.

Unity Polaris welterweight champion and fellow Marcelo Garcia black belt, Mansher ‘Munch’ Khera also chimed in on the incident. “Hold on you got it fucked up. That was a 4 piece no biscuit,” said Khera.

Danis’ attorney has also made a statement on behalf of his client.

“It cost him significant money,” Danis’ attorney, Mike Mersch, told MMAjunkie. “He had a significant contract and a fight set up for Feb. 15 at Mohegan Sun, and he wasn’t able to participate in that, so he lost that money. That money is gone. So in addition to the fine, he paid here, he lost that additional, so really he paid a lot more of a price than what’s on the paperwork today.”