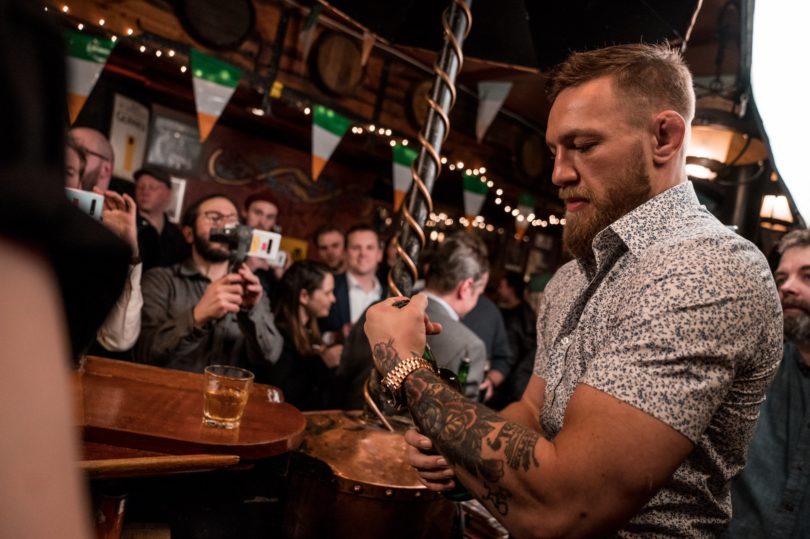 In a recent tweet, ‘The Notorious’ Conor McGregor has announced that he will be “retiring from the sport formally known as mixed martial arts.”

In a statement released on Twitter, the former UFC champion posted that he has decided to retire from MMA and wished all his former colleagues the very best.

McGregor, who has once again been in the spotlight after he was arrested in Miami a few weeks ago is retiring from the sport after his last fight in the UFC against Khabib Nurguramedov went sour. Since then he has been pushing hard on his whiskey brand ‘Proper Twelve’, which seems to be gaining popularity.

This comes at a time when rumours were circulating that McGregor was planning on coming back to the UFC for a supposed bout with Donald ‘Cowboy’ Cerrone.

Hey guys quick announcement, I’ve decided to retire from the sport formally known as “Mixed Martial Art” today.
I wish all my old colleagues well going forward in competition.
I now join my former partners on this venture, already in retirement.
Proper Pina Coladas on me fellas!

The World of MMA Reacts

After announcing his retirement, UFC president, Dana White, was one of the first to tweet his support for the fighter.

“He has the money to retire. It totally makes sense. If I was him, I would retire too.

“He’s retiring from fighting, not from working. The whiskey will keep him busy and I’m sure he has other things he’s working on.”

“He has been so fun to watch. He has accomplished incredible things in this sport. I am so happy for him and look forward to seeing him be as successful outside the octagon as he was in it.”

Been There, Done That…

This event caused McGregor to be pulled from the UFC 200 event, only for him to announce that he had returned to the sport after only 48 hours.

It’s unsure whether or not this is a power play by McGregor to play Dana White’s hands. However, it looks like the UFC president isn’t falling for it this time.