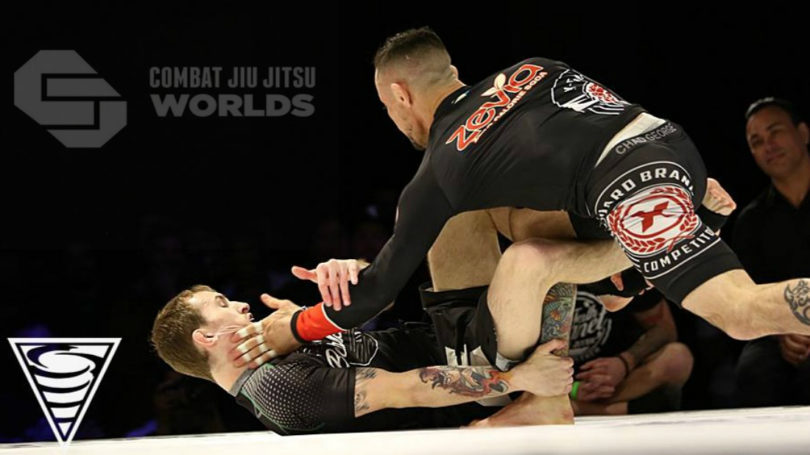 Back in 2013 Eddie Bravo came up with the idea of “Jiu-Jitsu with slaps on the ground”, at the time the idea of combat Jiu-Jitsu was brushed off as another crazy “Eddie Bravo trend”, similar to 10th Planet. Roll on to 2017 when the first Combat Jiu-Jitsu matches introduced to the Eddie Bravo Invitational it piqued an interest in a sport, which was getting tired of “non-realistic” sport Brazilian Jiu-Jitsu techniques.

What is Combat Jiu-Jitsu

Combat Jiu-Jitsu is all about the idea of creating a bridge between Mixed Martial Arts and Brazilian Jiu-Jitsu, with open palm strikes. In order to keep the idea of Jiu-Jitsu alive, both competitors will start standing, when the match goes to the ground, that is when the open-palm strikes can start happening.

Eddie Bravo started the idea of 10th Planet, with a huge focus on distance management in MMA, the rugger guard position was designed to keep the distance closed on the ground to stop the person on top throwing punches, from there it’s evolved into the system we know today.

The idea of open palm strikes or slaps on the ground allows professional MMA athletes an even playing field against skilled Jiu-Jitsu athlete. The strikes can create openings for finishes, or can even be used to finish the match via TKO, something BJJ and MMA veteran Vagner Rocha does quite a lot in a match.

Slaps and strikes keep the action moving because if someone is stalling in half guard on the bottom, a few swift strikes to the head will get them moving.

The current rules of Combat Jiu-Jitsu are as follows:

So the rules sound good and encourage a lot of action, but how does it fare in a competition scenario. Well when the first 4 guinea pigs Nick Honstein, Chad George, Sheridan Moran and JM Holland took to the mats at EBI11 for the 135lbs CJJ title,  it turns out very well.

All three Combat Jiu-Jitsu matches were probably one of the most exciting matches of the night, receiving encouraging comments on twitter from competitors in the BJJ and MMA scene.

The crowd were vocal every time a strike or slap was delivered, sometimes with shock and awe and sometimes with laughter as a slap rang across the mats.