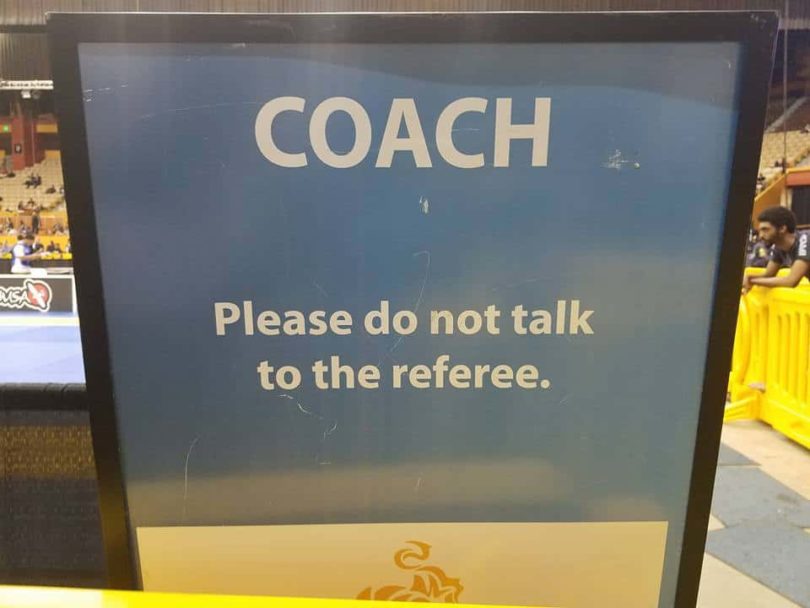 In a heated outburst, legendary UFC fighter and Royce Gracie black belt Chris Brennan has unleashed the fury at the IBJJF in a huge social media post complaining about favouritism towards certain athletes, ridiculous DQ’s and fake Brazilian Accents!

This weekend I witnessed some of the most corrupt and entitled shit I’ve ever seen.

I’ll start with the petty stuff and work my way forward. Standing in a line of a about 15 to get in, I finally get to the front and 3 Brazilians walk up to the left of me at the front of the line and whip out there ibjjf id card. He tries to hand it to the lady and I said “hey we all have those” and he said “so” and I said “so get in line”. He laughed and proceeded to try and hand it to her. I handed to her at the same time. She reached for his and I said “you better take my card first, we have been standing in line”. The guy is laughing at me and then she reached for mine, looked at it and stamped my hand (she could tell I wasn’t in the mood for bullshit). I looked at the 3 entitled Brazilians and said “welcome to America” and walked off. He said “Ya we’ve been kicking your ass for years”. As I kept walking I said “ya I’ve won this shit 3 times so it’s not my ass you’ve been kicking”. This dude says “Google my name mother fucker”. I said “I can’t, I don’t know it”. Once that testosterone fest was over, Lucas Randy and I made it inside.

I’m terribly disappointed in the direction the competitive sport of Jiu-Jitsu is going or has gone. The double guard pulling, the both staying there on their asses playing footsies, when basically only 1 type of foot lock is legal, the false sense of security it builds with the competitors, etc. You can’t wrestle, or use judo, or any kind of takedown for that matter. If you shot a double, you’d shoot right over your opponent that was siting on his ass. It takes away so much of the fight. I don’t want to see guys on the feet the whole time but it’s definitely made sure the sport is not entertaining to watch if you brought a friend or family member to watch, or if you were trying to sell someone on training. The best 2 matches I saw all weekend were the finals match with Marcello Mafra, and the finals match with my boy Josh Hinger. Both fought for take downs and both used old school (3-5 years ago lol) jiu-jitsu. Passing, mounting, back taking, and scrambles. Very exciting. As a gym owner, I’m not sure what a class would look like teaching this double stare. We have worked a bit with the boys on shutting it down and have been successful twice now against the best in the world at their ages. Now we need to work in getting offensive at the same time, and saving jiu-jitsu. Lol.

Now to the corruption. The reffing at these tournaments is terrible and embarrassingly biased. Keep in mind you will get DQd for speaking to the ref during the matches. Rafa Mendez, as arrogant as any human could be, sits and has conversations with the refs while his clones are going. I sat with one Texas dad (of a phenom) and watched as madness unfolded. Neither of our kids were going so I thought I’d tell this story so it didn’t seem like I was crying for my kid. It’s 4-4 and an AOJ clone is on the mat against another kid (non Brazilian). They both have 2 advantages. Rafa hasn’t shut up the whole match. With 20 seconds left, the other kid gets an advantage putting him ahead. Rafa bitches to the ref in Portuguese, telling him no and with 5 seconds left the ref takes the advantage back off the board. Time runs out and it’s a tie. Ref raises the AOJ kids hand and he wins. I look at Rafa and say “that’s the most corrupt shit I’ve ever seen”. He looks at me and the other dad and smirks and shrugs his shoulders. That was one of tons of bullshit bias things that went on.

Coaches area, must show id (black belt) to sit behind there and coach. AOJ blue belts in there all day coaching while I had to go back and get my id to get in. So blatant that it was starting to get funny and we weren’t shy while laughing about it.

I hope to see some sort of changes in all this but I’m not confident I will. Everyone puts so much merit in these events because it’s the IBJJF, but the IBJJF needs to take responsibility for some of the stuff that goes on. If they don’t, sooner or later more people like me will get fed up with it and either move on or create something else. I’m interested in the event at the pyramid next weekend that took the venue away from the IBJJF.

I’m not going to mention the other dad that was sitting there with me so no one gets thrown under the bus, but there were a few popular dad’s of some popular kids with me that agreed and said the same thing, probably just not as outspoken as me. Oops.“