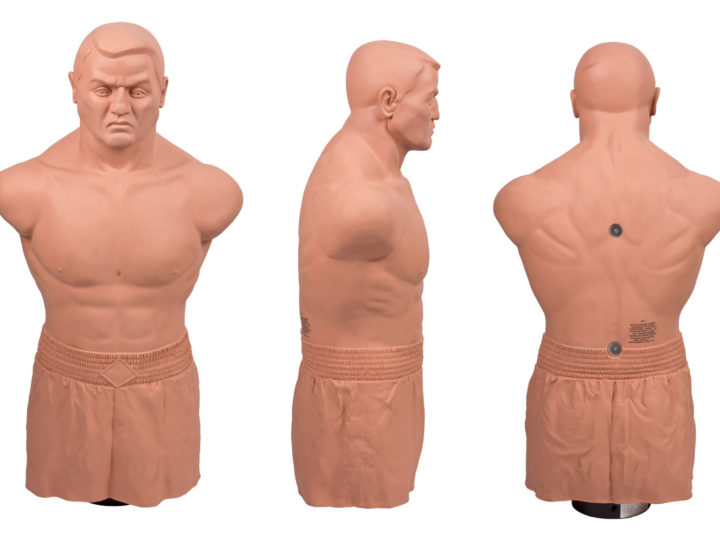 Heavy bags are great to practice your power shots and to practice moving around a stationary target that, thankfully, doesn’t hit back. They can be therapeutic too; if you really want to let your anger out without saying or doing something that will get you in some trouble, wailing on a heavy bag is one of the best things you can do. Some people go for a run or a walk to relieve stress, others meditate, but nothing beats chucking on a pair of gloves and just going for it. After a few rounds of hitting the heavy bag, you’ll find it almost impossible to have any energy left to be angry with.

But if you want to go one step further with this, how about a heavy bag that looks like an actual person. Not just a big, round, sausage shaped inanimate object to hit, but something with a face. Something with an actual body-like shape. Something that you can project on to. Something like the BOB punching bag from Century.

BOB stands for “Body Opponent Bag”, which also conveniently spells out the name Bob to give the product some identity and personality. The BOB is almost identical to a heavy bag in its purpose and in how you use it but with a rather big and obvious difference. Instead of the bland, cylindrical shape of a heavy bag, BOB is in the shape of a torso and head.

Rather than practicing your shots on a heavy bag and trying to work out roughly where your opponents head, midsection, liver would be, you can see exactly what areas your strike is going to hit. Rather than hitting the flat upper section of a heavy bag, your big right hook will, hopefully, collide straight with BOB’s chin, making it a much more effective and realistic experience.

The BOB is also perfect for practicing more awkward punches such as the upper cut and the liver shot. Uppercuts are pretty much impossible to do on a heavy bag, but with BOB you can practice your uppercuts all day on BOB’s chin. It’s the same with the liver shot; the liver shot is a strange punch that isn’t quite a hook or an uppercut, it’s somewhere in between. If you really want to hone this strike and perfect it, using the BOB bag is the probably the best way. The foam is high-density urethane foam and the surface is plastisol which gives the BOB an exceptionally realistic feeling when striking. A much closer feeling to what it feels like to connect with a shot on an actual human being like you would do in sparring or competition.

Another massive advantage that the BOB enjoys over traditional heavy bags is that it is free-standing. Having to hang up a heavy bag can be seriously hard work and usually involves having the assistance of at least one other person. You also have to drill into the ceiling, install chains and hooks, etc. The whole scenario is just one big pain. BOB, however, is free-standing. You just fill the base with sand/water and you’re pretty much ready to rock.

Century BOB is available in both standard and XL models.

This is the standard BOB package. Century include pretty much everything you need to get going with it as soon as possible; the BOB punching bag and a decent set of gloves.

Like with all heavy bags, you should always use gloves with them. Hitting BOB, and other heavy bags, barehanded can cause all kinds of pain and problems; you can hurt your wrist, bruise and bloody your knuckles, peel skin off from the hand. You could even break your hand if you hit the bag hard enough without gloves on. Luckily, Century have included some great quality MMA-style gloves for you to use with it, though you can of course use other gloves if you wish to.

The bag can stand between 60 inches (5 foot even) and 78 inches (6 foot 6) and can be set to 7 different height settings between those two extremes. That is a nice wide spread for you to work with and perfect for those competing so you can get used to striking opponents of massively different heights.

The XL model is similar to the standard BOB but, as you may have guessed, larger. The main size increase comes from the inclusion of the upper thighs. Now you can string your punches, elbows and kicks together along with leg kicks and thigh strikes. Perfect for MMA fighters, kick-boxers and especially handy for those fighting/training in Muay Thai.

Like the standard size, it weighs around 270lbs when fully filled, though due to the bigger “body” of BOB, you’ll find that the XL is more sturdier and the weight better distributed. Both BOB’s are solid and won’t move once it’s set up properly, but the XL is just that much more sturdier.

Also, due to the increase body size of BOB, the XL only features two height settings of either 5 foot 6 inches or 6 foot. Though to be honest, this is more than adequate for most trainers; the seven settings of the standard BOB are more of a luxury than a necessity anyway.

This XL set also comes with a whole heap of other goodies too. It features the same gloves from the standard set as well as a skipping rope and two 12lbs medicine balls. With this set, Century have provided you with everything you need to get a really great circuit training workout in. You can hone your strikes and perfect your technique whilst massively increasing your cardio and stamina at the same time.

Both the BOB models from Century are an excellent alternative for those who want a heavy bag but without either all the hassle of setting one up or for those that just want something a bit more realistic and closer to what it will be like to strike a real opponent. 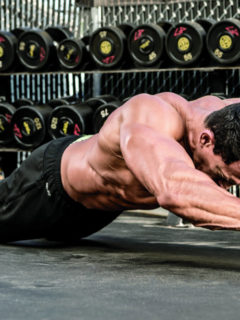 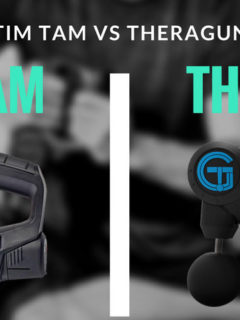 Next
TimTam vs TheraGun Review
Comments are closed.