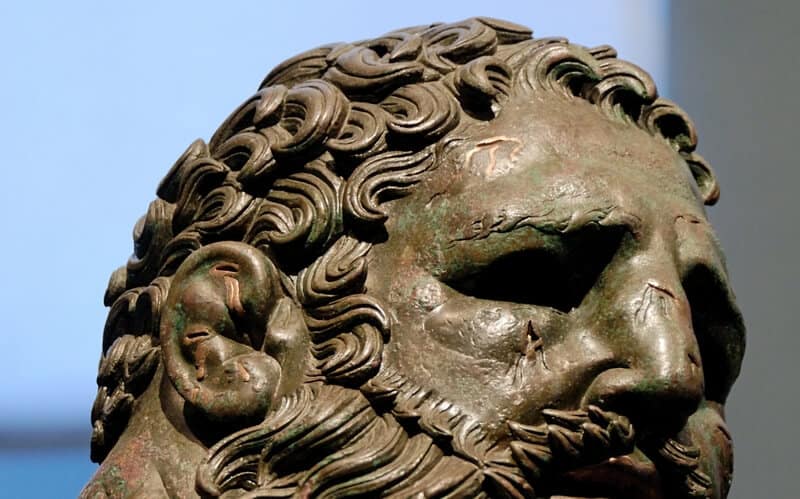 Named because it bares a vague resemblance to a stick of cauliflower, some view the cauliflower ear as a badge of hard work and dedication to their craft; others look at it as a guaranteed ticket to unemployment and nights alone. Luckily I haven’t had the delights of having the syringe my ears but I know a few training partners who have. Though there are definitely times where It’s felt like someone is trying to rub my ear of my head with their shoulder of justice. We take a look at some of the most popular ways to prevent and treat an auricular hematoma, commonly known as the cauliflower ear.

The medical definition of a hematoma is “localised bleeding outside of the blood vessels, due to trauma”. An auricular hematoma, a.k.a the Cauliflower ear is the result of blunt trauma to the ears, either through grinding of the ear through intense head pressure and escapes during grappling of blunt impact trauma from striking. Cauliflower ears can also be caused in minors through old-school methods of punishment and discipline. Dr Mahmoud Fawzt El-Bestar documents that auricular hematomas can also be caused by pinching and pulling the ear in his report “Surgical Treatment of Cauliflower Ear”.

Cauliflower ears are painful to touch and can be especially problematic doing normal day-to-day things such as talking on the phone or lying down on a pillow. Dependant on the severity of the ear, commercial ear buds are difficult to wear and hearing can become impaired due to the ear structure changing shape.

Wrestling headgear is the best preventative of cauliflower ear, especially for those who seem quite susceptible. In our study of the best wrestling head guards, we took 5 of the most popular brands and put them through their paces. We really like Cliff Keen’s F5 Tornado headgear and the ultrasoft wrestling headgear from Matman. Having soft head gear is a must for you and your partner, nobody wants to roll with someone who’s got head plastic ear pieces.

When the ear gets damaged the cartilage separates from the skin causing the surrounding area to fill with fluid, without proper treatment, this fluid calcifies, becoming hard and the familiar cauliflower shape we’ve known to love. In the first instance, people will look to have their ears drained. Some of the most hardcore of us will do it themselves or get their friend to do it in their bathroom, but it is unhygienic and we would strongly suggest you go see your local ENT Doctors get it professionally treated. If you see a doctor, make sure you try to find a sports specialist who has treated cauliflower ears, they can drain the ear and give you good advice on how to stop the ear from refilling.

Most often when athletes do end up with pockets of fluid on their ear, they choose to have it drained. I suggest going to the doctor and having the ear drained by a health professional, but many people choose to do it themselves or ask a friend to help. If you go to a health professional, see if you can get a referral from a teammate, as not all practitioners will be familiar with treating cauliflower ear.

Once the ear has been wiped down the tea tree oil, slowing insert the syringe into the ear and depress the plunger. If all goes well your syringe should start filling with blood and the ear should decrease in size. Once the ear is back to normal shape, take out the needle and keep the hole press with a cotton ball. Dress the wound and make sure there is sufficient pressure on the ear to stop it from refilling.

The best way to ensure decent compression on the ear should be to place gauze on either side of the ear and use a binder clip to keep consistent pressure on the ear. During sleep, the head should be wrapped with an athletic wrap on more gauze to keep the padding from falling off the ear. There are commercial products on the market such as [amazon_textlink asin=’B01DU4W9VU’ text=’caulicure’ template=’ProductLink’ store=’attacktheba01-20′ marketplace=’US’ link_id=’89cb62f9-4948-11e7-b777-eb038c386aae’], which uses magnets to keep the pressure on the ear. These have had great success from a lot of combat sports professionals and enthusiasts, who want to keep their ears looking as normal as possible.

If the ears are not treated then within seven to ten days their pooled fluid in the ear will start to harden and the ear will become permanently deformed. At that point, the only option is to have the ears repaired using cosmetic surgery. The procedure is done by peeling back the skin of the ear and removing the deformed auricular cartilage. In his report, El-Bestar started that once the skin was retracted, the cartilage was found to have two distinct surfaces, the deformed outer surface and an inner surface that looked like the original cartilage. The original cartilage regularly needed to be shaved due to thickening due to the trauma.

In some cultures, cauliflower ears can be found sexually attractive. Some people have had different experiences with modern day women, some have reported women coiling in fear of the deformation, while others have had their ears licked! Ugh… To be honest though if someone won’t date you because of your ears, then you’ve probably dodged a bullet.

Some fighters can go years without developing cauliflower ears, but if you are one of the lucky ones, there’s still hope! Six-time world champion, Robson Moura, didn’t get cauliflower ears until several years after he received his black belt

Best of luck to you, fellow fighters. We hope your ears stay pretty for years to come, but if not, just try and get it treated before your fight…