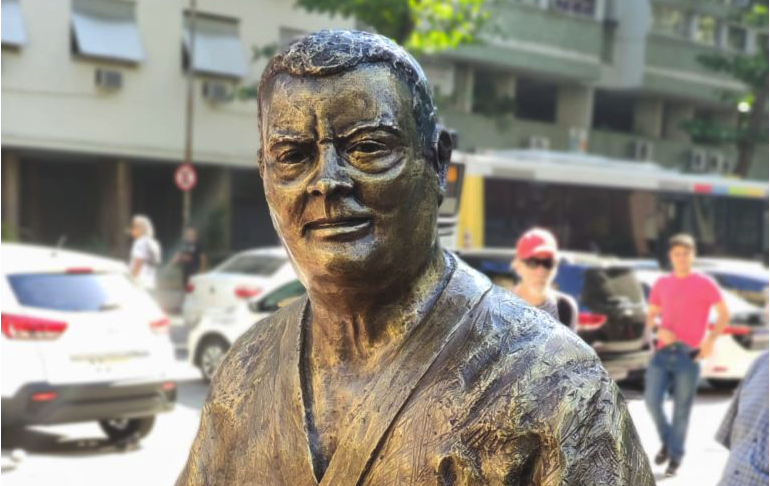 On August 12th it was revealed that a statue of Carlson Gracie, the first some of Grandmaster Carlos Gracie would be placed in Copacobana.

To many August 12th seems like a regular date, however it was the day that Master Carlson Gracie would celebrate his birthday, even though his actual birthday was on the 13th August.

On August 12 2019, the date was once again celebrated with the unveiling of the statue at the Siqueira Campos subway station on Shimon Peres Square, in Copacabana, Rio de Janeiro.

With his hand, outstretched passers-by are encouraged to take a picture shaking the hand of the jiu-jitsu legend, or maybe a cheeky arm drag or Kimura grip.

Carlson, who at the time fought a 70kg has, unfortunately, had to put on some weight, with the statute weighing a whopping 200kg. he statue was made by Edgar Duvivier, who also produced the statue of the writer Clarice Lispector, which sits in nearby Leme.

So if you see the statue, give his a slap and bump for me.