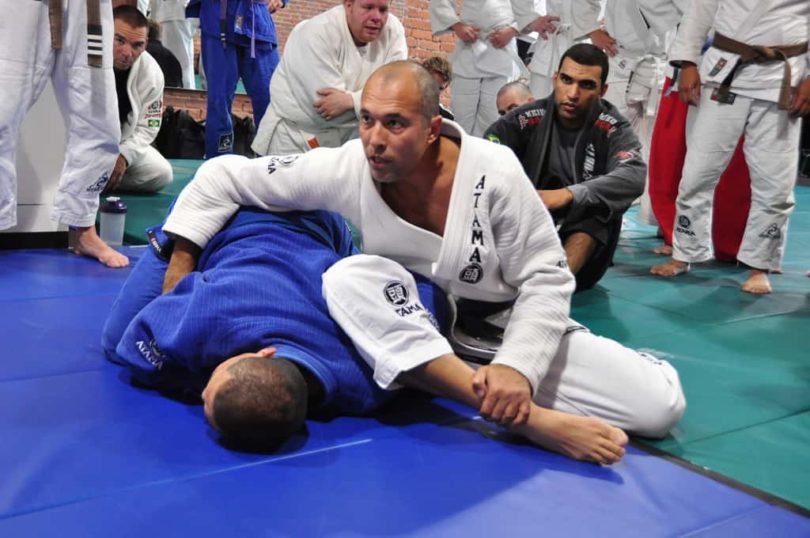 If you’ve ever thought about beginning BJJ then any research you might have done on YouTube, reddit or forums, generally point to it as being a very difficult and complicated sport. Yes, that is sort of true, but at the same time, it’s a sport that, for me, has changed my life and has changed many others.

To help break down the big world of BJJ for beginners I’ve come up with a simple A-Z that will help anyone with basic concepts, submissions, fighters and attitudes in the sport.

A is for Armbar

For me, this was the first submission that I ever learned, and probably will be yours. If you’ve ever watched any judo or movies, then this is already a very recognisable move.

B is for Berimbolo

This is a move done from a guard called De La Riva (explained later). It allows the guy on the floor to attack a standing or crouching opponent, in order to attack the back position, which is one of the move offensive positions in BJJ. Don’t worry, this is an advanced move and it’s something you shouldn’t need to worry about when you’re a bjj beginner, but when you first start, you’ll probably end up being attacked with this by higher grades.

C is for Control

Learning this at the start of your BJJ journey will help you become a better fighter, faster.

D is for De La Riva 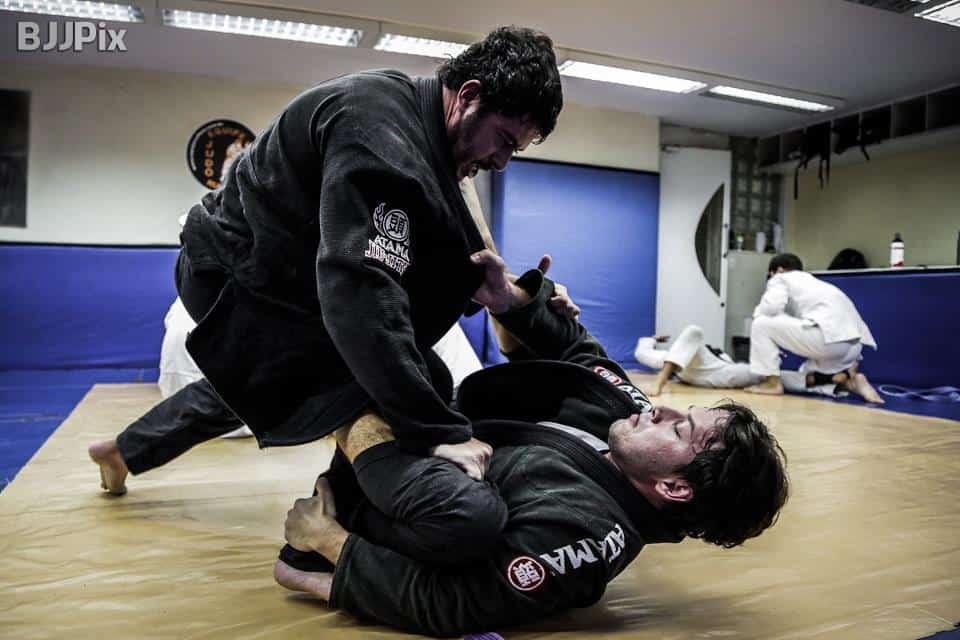 Named after the black belt De La Riva, you’ll probably encounter this move during rolling. It’s a form of an open guard that may look un-effective, but in fact, allows you to control your opponent very well.

E is for Escapes

As a beginner, you’ll need to learn to do this, and fast! There is a steep learning curve in BJJ and that is what puts off a lot of beginners. There’s very little obvious reward at the start of your journey.

F is for Flowing

Learn to do this as a beginner and you’ll be the higher belt’s new best friend. Too many beginners, through no fault of their own, rely a lot on strength when they first start, especially if they’re already physically fit.

Learn to relax and you’ll learn to understand when strength is good or bad. As Rickson Gracie says “Flow with the go”.

G is for Guard

One of the most basic principles of BJJ and allows you to be an active attacker off your back. Your guard is your best friend, you can attack, sweep and submit from it. As a beginner, focused on everyone’s favourite closed guard and you’ll start picking up open guard naturally.

H is for half guard 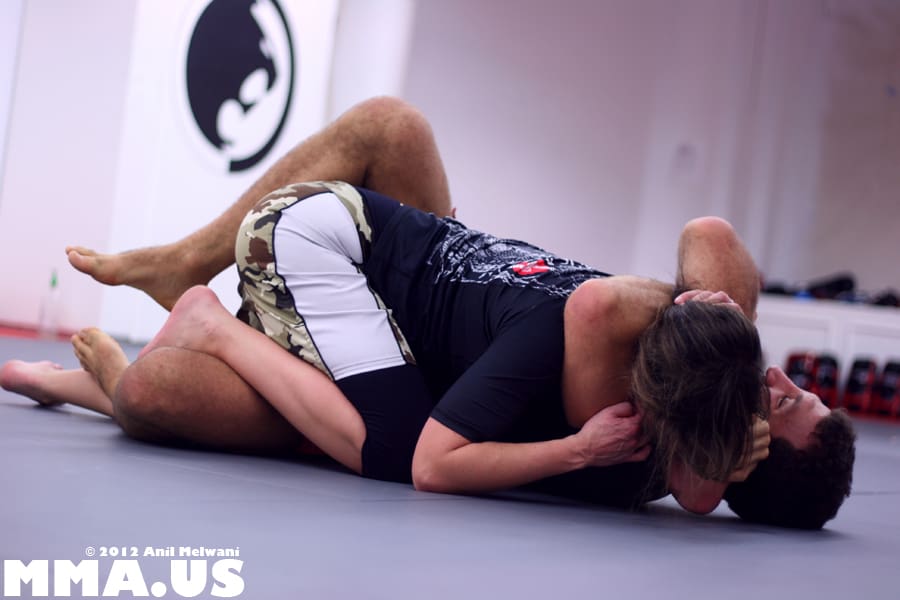 Another relatively basic move in BJJ. You’ll normally find yourself when you’re getting squashed to the mat and you’re desperately trying to defend. Don’t worry though, there are a lot of moves that you can do from this sneaky littler position. Learn to love it and learn to use it.

I is for Injuries

An inevitability in any sport. If you get injured, don’t dismay, take some time off to recover and come back stronger.

J is for Judo

Ther pefect supplement to BJJ. If you’re competitive and planning on entering some competitions, then you’re going to need to learn to take someone down. Judo will also teach you good balance and timing, plus you’ll get plenty of stand up practice, and getting back up of the floor practice…

K is for Kimura

Another basic submission that you will learn when you start Brazilian Jiu-Jitsu. Named after the judoka Masahiko Kimura, after the submission was applied to Helio Gracie.

L is for Lapels

A gi fighters best friend and worst enemy. These can be used to control, submit and attack your opponent. Normally stiff and hard to grip, for obvious reasons, just remember, what you can do to your opponent, they can do exactly the same to you.

M is for Mount

Apart from the back, the mount will score you 4 points in any IBJJF ruled competition. From the mount, you can control your opponent effectively and have a higher chance of submitting them here.

N is for NoGi

Brazilian Jiu-Jitsu’s faster, fitter brother. NoGi pretty much is what it says on the tin, Brazilian Jiu-Jitsu sans the gi. While the lack of gi limits the number of submissions available, what you give up in control you gain in speed. NoGi is fast-paced, frantic and not for the faint of heart. 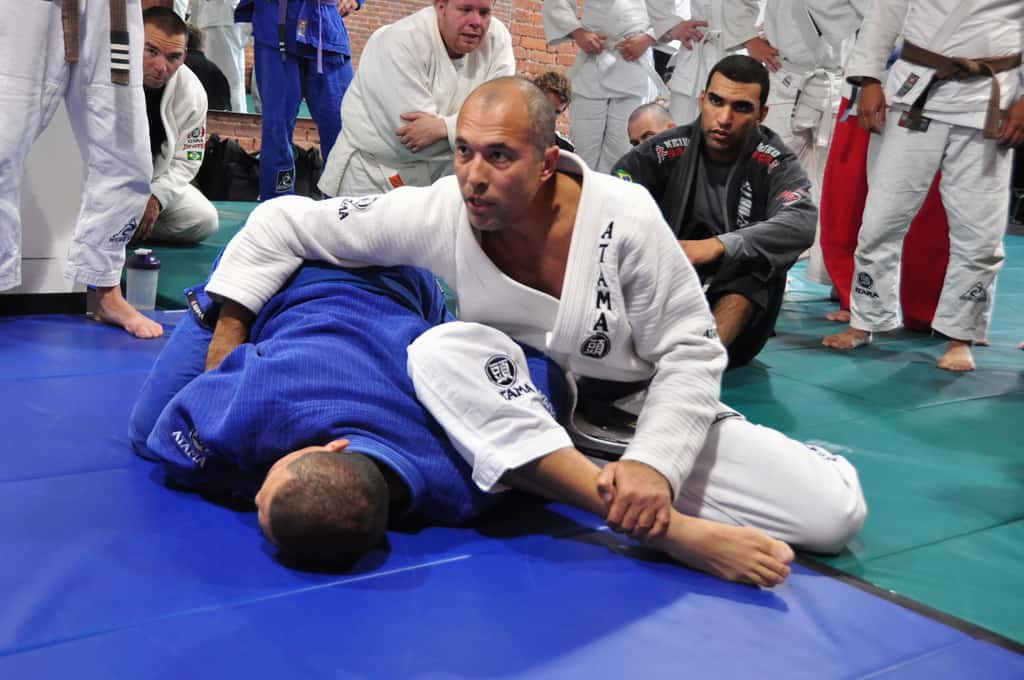 The omopalata is a shoulder lock where you control an opponent’s single arm with your body. An omopalata normally comes from a failed triangle or armbar. The Triangle, Armbar, Omopalata combination is something that is a useful combination for a beginner to grasp.

P is for Passing guard

Passing guard is generally considered to be one of the most difficult things to nail down in Jiu-Jitsu. Ask any top-fighter and they will probably say that it’s their most worked thing. In competition, there are a lot more points awarded for guard passing and positions, than fighting in guard. 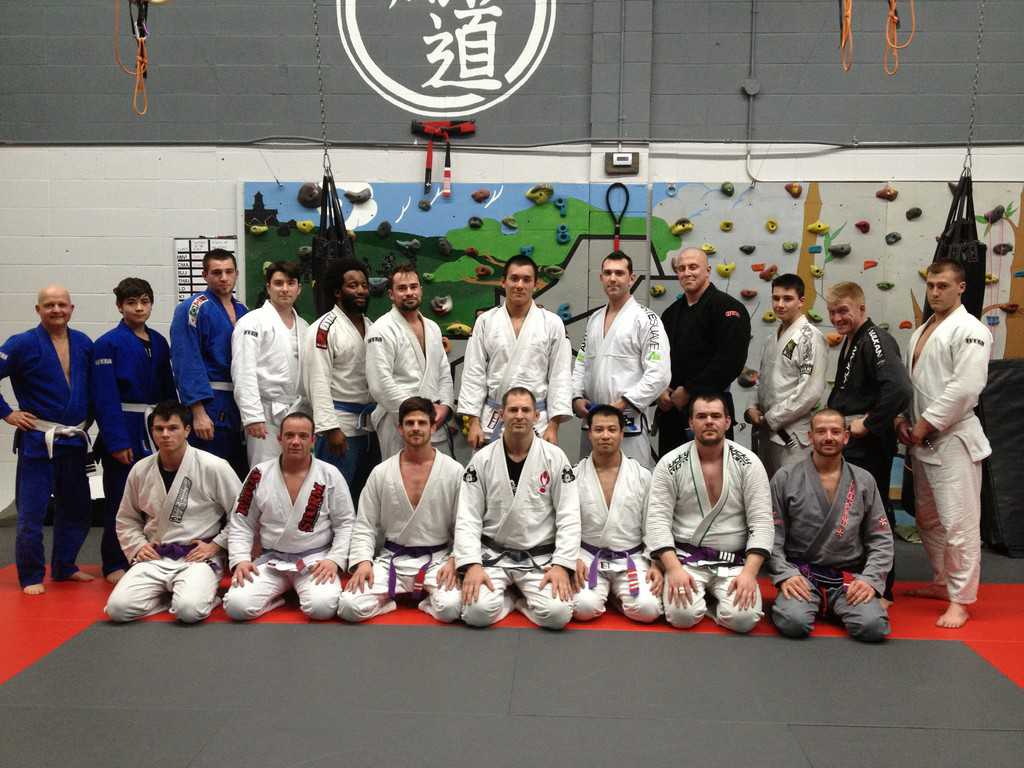 Q is for Questions

As a beginner in BJJ, asking questions are going to help you far more than trying to spaz your way out of a technique. Get subbed by something cool? Ask how they did it. Did they pass your guard like a hot knife through butter? Ask how they passed so easily. Asking questions will only make you a better student.

R is for Rolling

Live sparring, or “rolling” as it’s know in BJJ is the best way for you to practice the drills you’ve been repeating in a pressured situation. A lot of people treat rolling at the Pan Ams and will look to win at every cost. When you roll, use it as a point of learning on what techniques work against which opponents.

S is for Side Control

Side control is probably one of the most common places you will end up after passing guard. Contrary to popular belief, you don’t actually get any points for side control, the 3 points that are normally awarded for the guard pass. Side control is an intermediate position, where you can dictate the pace and position of the roll.

T is for Takedowns

While rolling normally starts from knees, actual competitive fights will always start from standing. Taking your opponent to the ground and controlling the position can net you a quick and easy 2 points. Though take downs aren’t always necessary, a lot of people in matches chose to pull guard and work on a sweep. It’s personal preference really. 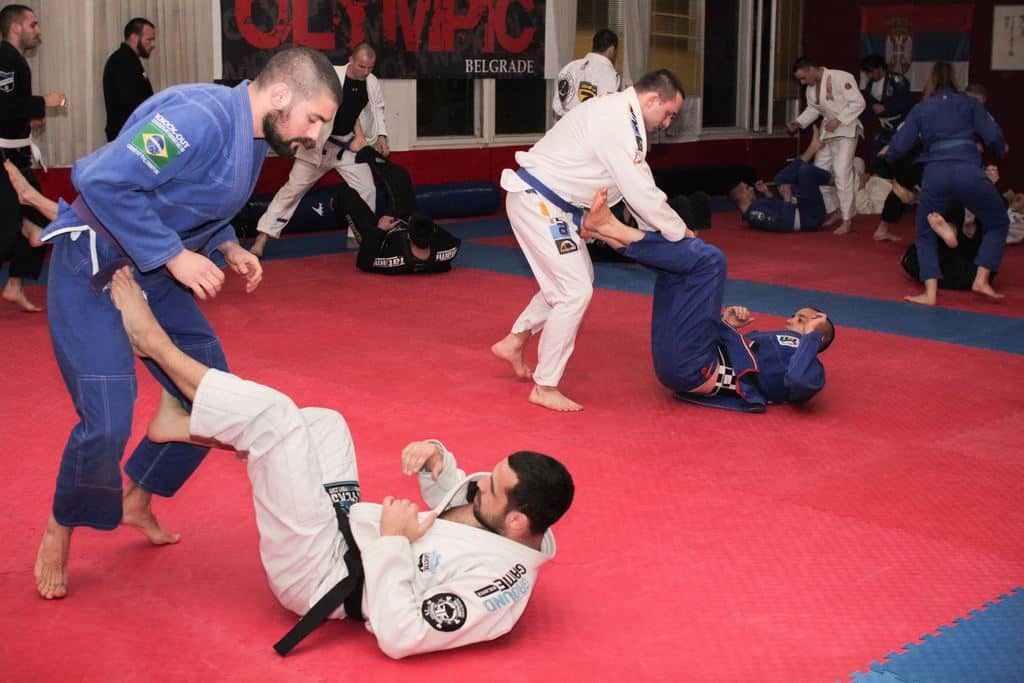 U is for Uke

An Uke is the judo term for a drilling partner that has passed to BJJ over the last few years. You should always strive to be a good Uke when someone is drilling technique on you, what we mean by that is , if someone is drilling turtle attacks, you keep a strong structure, you don’t fight out of a triangle defence to prove you’re a better fighter. All you’re proving is that you’re terrible at learning.

V is for Videos

A bit of a controversial subject but we’re going to include it in our A-Z. Watching competition videos of high-level fighters such as Leandro Lo, Andre Galvao an Buchecha are excellent. It gives you an idea of the grit and determination that a world-class fighter has to pass a guard. However, there is a lot of great content available online, however there is also a lot of rubbish. Just make sure you don’t practice your YouTube techniques instead of drilling with your partner.

W is for Wrestling

X is for X Guard

Invented and perfected by the pocket rocket Marcelo Garcia, the X-guard is quite an advanced technique for a beginner, but at least if you’re aware of how many variations of open guard there can be, at least you won’t be too confused if a nifty purple belt wraps you up.

Y is for Yourself

Just remember, Jiu-Jitsu is your journey. Don’t train 10 times a week because you were told too, train when and where you can and enjoy the journey.

Z is for Z Guard

Also known as the knee shield the Z guard is another intermediate position that allows you to transition into another guard or be aggressive within half guard.