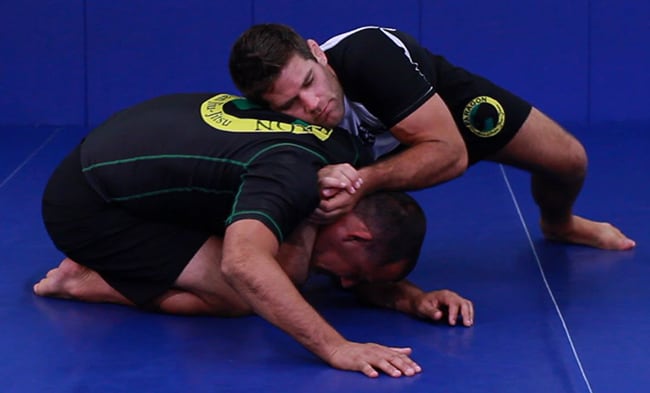 So after being unable to train for the last two weeks, due to the trains ruining my daily commute, I decided to get a bit of weekend training at another gym.

This Saturday saw me rock up at Bridgwater’s own KJ2 gym, ran by Pedro Bessa’s brown belt Martyn Lawson. KJ2 is a well equipped gym, located in the centre of Bridgwater, and has a good amount of mat space and a really specialised free weights area.

Warm up was some quick stretching, then straight onto techniques. As it was a fundamentals class we started off looking at some of the finer pointers if guard breaking and then looked at a pass when they try to scissor sweep you when you’re in combat base. I always get caught by this, so this was a valuable that I’ll be banking.

Next we looked at some options for when someone turtles up and we covered some really nice rolling chokes that looked like they stepped straight out of Saturday night fever.

After expressing my love for loop chokes Martyn showed me one of his patented rolling loop chokes, which frankly was awesome and if I hit it in rolling, I can die a happy man.

After two weeks off was happy to find out that my cardio hadn’t suffered too much but my technique and mental strength was a bit off. Had some good rolls with the blue belts and got tapped a few times but overall I was happy with my performance.