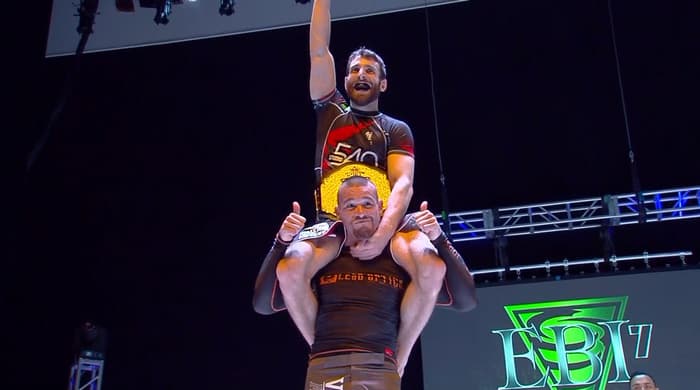 After his incredible comeback at the 7th Eddie Bravo Invitational and Fight 2 Win 8, it looks like Bill “The Grill” Cooper is in talks with one of the biggest submission only fight nights in Jiu Jitsu. In a recent interview with Inside BJJ Podcast, Bill chats about his big come back, his time in prison and what inspired him to get his life together and get back on the mats. Bill mentions his talks with the guys at Polaris around the 38 minute mark.

I hope Polaris can get Bill on the card as it would be great to get this legend over here in the UK. Bill makes a few suggestions about who he wants to fight including Gary Tonon and Richie Martinez (who is currently set to fight Dillon Danis at Polaris 4), who called him a bitch at EBI while Bill was fighting Geo, however the dispute was apparently settled after a break dancing contest between them.

During the interview Bill also describes how Batman motivated him to return to the mats. He regularly watched “The Dark Knight Rises” and describes how he related to the scene where Bruce Wayne fixes his broken back after his confrontation with Bane, and escapes from The Pit to save Gotham. If that isn’t an awesome comeback story, I don’t know what is.

Hopefully, we will now see Bill “The Grill” Cooper back on the straight and narrow doing what he loves, he’s apparently booked up for a lot of seminars and competitions, so we’re all rooting for you Bill. OSS!