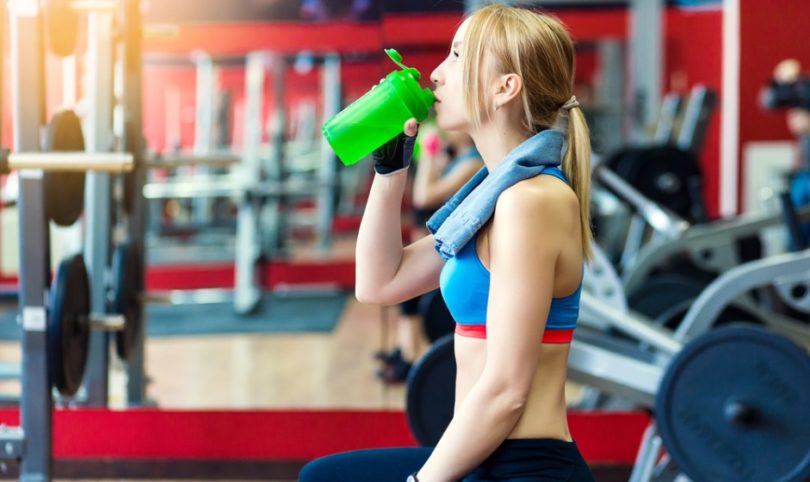 Wearing a gi and training in a gi during BJJ class can be hot at the best of times. Even in the middle of winter, once you’ve done the warm up and gotten right into the drill portion of the class you’ll find yourself starting to heat up. By the time sparring comes along, you’re most likely already sweating. Even if it’s freezing cold outside or was freezing cold inside when you stepped on the mat. It can be tough to deal with but it can be absolute hell training in the gi in summer. Especially if you have one of those Brazilian-born coaches who likes to replicate their tropical homeland inside the gym by closing the windows and cranking the heat up. Now we’re talking heat approaching dangerous levels.

Even in no-gi classes or kickboxing/Muay Thai classes, if you’re doing it properly, you’ll be working up a sweat. You’ll be sweating buckets and burning up. As soon as class is done, many people drown themselves in cold water or immediately take off their sweat stained gi and rash-guards. But if you really want to cool down as quick as possible so you don’t feel like you’re about to pass out, you’ll want to invest in a good quality cooling towel.

These aren’t just ordinary towels, like the ones you use to mop up the training sweat or to dry off after your post-training cold shower. These cooling towels are made of certain materials so that they can be frozen or chilled and kept at the temperature for a long time after. Many of these towels even have a feature where they can be cool-activated by soaking, ringing out and then snapping like you would with a glow-stick. Once activated, they can be used as a cold towel to help you cool down immediately.

To use these towels, you simply soak them in cold water and then use them. Unlike normal towels that will absorb the cold water and become warm almost immediately, these aptly-named cool towels retain the coolness for ages! By the time they become warm you’ll have no need of it for the time being as your body will have returned to it’s normal temperature. Though if you want to or need to, once the towel becomes warm you simply run it under cold water again and it works like new!

The original cooling towel is 12 x 32 inches which is more than enough surface space for anyone. One of Chill Pal’s “secrets” is that they use much higher quality, extra-thick PVA material than their competitors. This extra thickness allows the towels to stay cooler for longer, whereas other companies use less material and end up with an inferior product.

Alfamo offer their excellent cooling towel in a massively wide variety of sizes and colours. Most cooling towel retailers offer a small, wash cloth-sized towel. Which is fine. Those sized towels still work when cooling down the user. However, Alfamo offer a full-sized cooling towel, which is something that barely anyone offers. This is absolutely perfect for a variety of reasons, especially if you were living and training in a hot and humid climate where you need that extra cooling power or you need a full-sized cooling towel after stepping out of the shower into the humidity.

You can choose from all the colours of the rainbow here and no matter what style option or size option, it comes with a handy mesh carrying case.

U-Pick use a chemical-free cooling technology that works with the physical evaporation of moisture. No harsh chemicals, nothing that can make you break out or that you can react badly to. This same technology allows their towels to stay cool for up to 3 hours, making it perfect for those who want cooling towels to deal with hot flushes, heat stress or to soothe pain and injuries. U-Pick also offer their product in packs of four, so if you needed the towel for longer than 3 hours, you could just use another one and then another one for the entire day without having to use the same one twice.

Cooling towels are fantastic and every one should reserve some space from one in the gym bags. However, Chill Pal have realised that as well as an actual towel, you might want a cooling fabric that you can wear for longer as you go about your day. So Chill Pal have designed a wearable fabric that cools you down and can be worn in a total of 12 different ways.

You can wear it as a head-band, as a scarf, as a snood, a balaclava and many other interesting ways to keep you cool after training or just on a specifically hot day where you can’t bear the heat.

They’re available in either blue, purple or teal.

Chill Pal are the kings of the cooling towel and this is their premium product. It acts the same way as their regular cooling towel by keeping you nice and cool in the heat except this is just far higher quality. It feels so incredibly soft and luxurious against your skin that you’d use them even if they didn’t have a cooling feature built into them.

This same soft, microfibre material is also perfect for those who have sensitive skin and want a towel/washcloth that won’t aggravate their skin. In fact, this towel goes one step further and helps to actively soothe your sensitive skin rather than irritate like most other fabrics.

Chill Pal offer their luxury product in pastel colours of blue, grey, teal and purple. Each one looks extremely stylish and in vogue with the current fitness fashions.

Once you’ve used a good cooling towel after a workout, you won’t be able to go without one again. The cool, refreshing feeling of these towels after a particular tough grappling class can not be overstated.