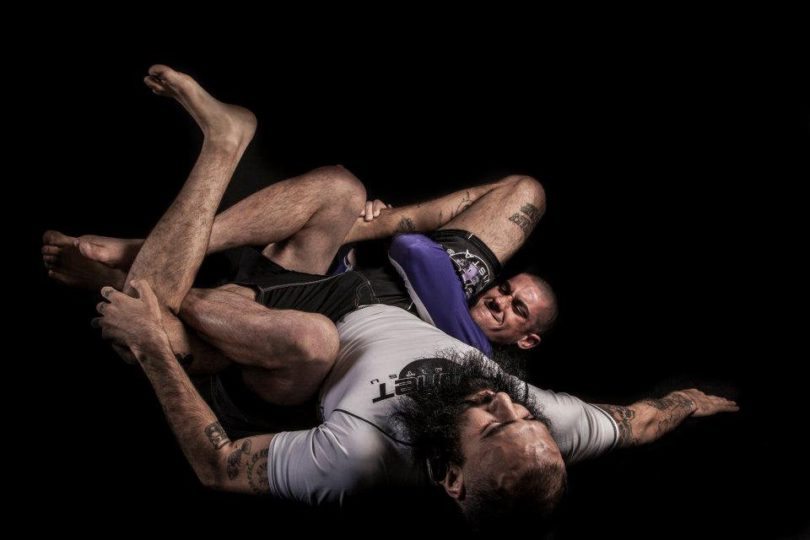 Flexibility is a huge factor in any grappling sport that involves submissions. If you’ve seen submissions against the Miyao’s you’ll notice how they were able to take advantage of an extra range of motion to whether powerful submissions. Paulo Miyao in the 2019 ADCC was able to dig deep and shrug off a deep kneebar by Tye Ruotolo.

But some submissions don’t exactly address the usual joints such as your elbow or your knee. The banana split is designed to target the hip. This submission involves stretching the groin muscles.

But does it mean that you don’t get injured even if you don’t tap? Pulling the crotch muscles away from the hip can cause damage to both your muscles and your hip joint. Though it takes longer to get injured from this submission unlike other fast submissions such as a heel hook or an armbar, you have to keep in mind that your hip muscle can only stretch up to a certain level. And also, the reason why it’s a difficult submission to pull off is the fact that grapplers usually have flexible hips.

Risk of The Banana Split

The banana split stretches the adductor muscle or the inner thigh. According to experts, the more flexible side is the one that usually gets the injury rather than the tight side of the hip. The reason is that the muscle tends to stretch more until it gives in and simply get injured.

Why use The Banana Split?

Another reason why you want to add the banana split to your attacks is that it can diversify your back attacks. The typical banana split setup has the twister hook or the bottom hook. If you have an opponent who tends to defend the back well, this can be a good submission to use.

How to Perform a Banana Split?

There are different setups to the banana split. However, to be able to understand the submission, it involves hyperextending the adductor muscles using both your hands and your lower limbs. It happens usually when you have the twister hook. But instead of getting their back, you will be grabbing the other leg of your opponent to a point where you fold his or her legs. Since you are dealing with a leg against your arm, it is best if you do a mata leao grip or a rear-naked choke grip by grabbing your bicep whenever you are finishing the move.

Setting up the Banana Split

One of the best ways to go for the banana split is by switching from calf slicer to a banana split. Once you have the twister hook, it is a good idea to first threaten the calf slicer by pulling the opponent’s instep. However, if your opponent is still defending well or perhaps doing a good job in grip fighting, you can make a switch towards the other leg. You can then use your legs and your hands to split the opponent.

Escaping the Berimbolo Back Take

Unlike how it was in 2012, it is becoming harder and harder these days to catch someone’s back from the berimbolo. A lot of people are now aware on how to address the berimbolo exchanges. And because of this, you need to make things more creative to be able to with the back take or even finish the opponent.

The banana split is a good way to diversify your berimobolo attempts. Once you entered the berimbolo and established a twister hook, your opponent may start to shimmy to get his hip on the mat. This is a common counter to avoid the back take.

Once this happens, you have an option to either fight for top or go for the banana split to continue to be offensive. Instead of just going straight for a leg drag, and progress from top position, why not explore this option first and even have a chance to finish your opponent?

The turtle position is also a vulnerable spot for a banana split position. However, just like any other banana split setup, you first need to have the bottom hook. Instead of fighting for the seatbelt grip, you can instead look towards your opponent’s back and do a forward roll. This will flip the opponent on turtle. Once your opponent loses the turtle position, you can then catch the other leg and stretch the adductor muscles.

The most effective way to defend the banana split is to get your hip to the ground. You have to make sure that the opponent won’t have any leverage to stretch your adductor muscles. You can do this by continuously walking on your shoulder to the point where your hips are no longer on top of your opponent’s hip.

However, you also need to make sure that you are also going to constantly defend the grips and/or the twister hook. But it also doesn’t mean that if you escape the banana split that you are already safe. There are instances when the banana split is just a layer of attack. You still need to defend other attacks whether it is your opponent going for the calf slice or completing the back take.

How to Increase the Likelihood of Your Banana Split

The banana split is a rare submission given the reality that grapplers tend to have flexible hips. It is also a position that a lot of practitioners tend to forget since it takes a longer time to finish compared to your armbar or your chokes.

However, if you can integrate the banana split into your back attacks and your calf slice, then it is a possibility that you can catch more people using this submission. It is an effective submission that has been used even in MMA. With the right amount of practice and combining other submissions, it is possible to catch people in your gym or even in competition with this submission.