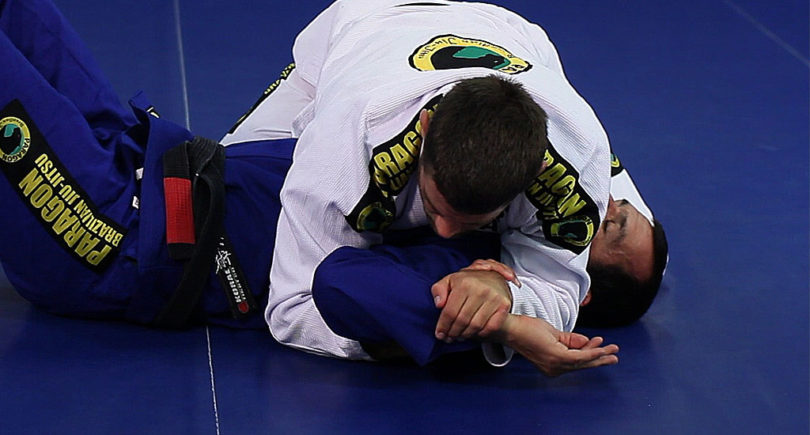 The Americana lock comes in different names. It has been used by a lot of grappling disciplines ranging from judo to catch wrestling. Americana is a powerful submission as it attacks not only the elbow but also the shoulder. This move is also called the key lock popularized in catch wrestling and ude garami in Judo.

The Popularity of the Americana Lock

The popular story about the origin of the term Americana is often traced back to Rolls Gracie and his friendship with Bob Anderson who is an American wrestler in the 1970s. It was said that it was Anderson showing the key lock to Rolls Gracie and it was labelled as “Americana” since Anderson is an American. Though this is a story that is believed by many, Bob Anderson’s Wikipedia page denied this.

The earliest reference to the move was in the 1950s when Helio Gracie and Masahiro Kimura faced each other. The newspaper Diario de Noticias mentioned the term “Americana Lock” to describe the Kimura. Though it was the wrong term used for the submission, the term Americana is already known decades before the 1970s.

How to do the Americana Lock?

The Americana lock is known as a “figure four arm lock” because you form a four with this submission. But in a sense, it is more of a reverse kimura lock. To get the Americana lock, you want to get the opponent to have an “L” using his or her arm.

The basic setup for the Americana is from a dominant position. The two most common positions are the half guard top, side mount, and the mount.

The first thing that you need to do is to isolate the opponent’s far side arm. It should be isolated in such a way that the arm is raised up in an L position. The hand that is nearest to the opponent’s head will have to isolate the wrist. The hand that is nearest to the hip will then go underneath the arm grabbing his or her own wrist completing the figure four.

However, there are a lot of details that you can do to make this move tight. Though it is a basic submission, it is possible to catch opponents at a higher level. For instance, using the arm that is controlling the opponent’s wrist, you can use your elbow to block the opponent’s ear to prevent him to face the lock. Next, you also want to adjust your grip. Instead of just grabbing the wrist, you will eventually torque his or her wrist outward as you get the hand to “paint the mat”.

Common Counter to the Americana

How do you deal with this kind of predicament? This is why a good way to finish the Americana is from the side mount. When you have the Americana grip, it is also important to anticipate your opponent’s other arm to be involved especially once he or she straightened the arm.

A good way to deal with this scenario is by getting rid of the other arm. You can windshield wiper your legs to put your shin above the nearside arm at all times. This way, you have a higher chance of finishing an Americana.

If you are on mount, you can also attack the Americana. The good thing about this situation is that you can choose whichever side to isolate. To avoid counters, you need to make sure that you always bring your hip down. This can lessen the opponent’s bridge allowing you to concentrate on the attack.

Americana From Near Side From Side Mount

It is a common scenario to find yourself attacking the Americana from the far side. However, it is also possible to attack the key lock from the near side when you have side mount. To do this, you will have to go for a kesa gatame position. Instead of isolating the far arm, you will be targeting the near side arm. It is a common scenario when the near side arm tries to frame. Here, you can dominate the wrist and have it trapped by the near leg. Once you have the arm in an L position, you can then figure four your legs and finish the Americana by bridging up and bringing your leg back to get the arm out of its regular range of motion.

The Mir Lock, popularized by Frank Mir is a modified Americana from the closed guard. Though it happens rarely in actual competition, it is still a good variation that you want to add to your closed guard attacks.

To set the Mir Lock, you want to start from an overhook position or a whizzer hook. Next, you also want your opponent to react the right way before you attempt to have the Mir Lock. You want your opponent to try to pull the elbow by dropping it to the mat. Once the elbow is right on your centre, you can then proceed to trap the arm. Here, all you have to do is to catch your gi or clasp your hand and extend your upper body. This variation can also be done if you are playing some half guard bottom position, especially from Z guard.

Americana is a basic move taught to a lot of white belts. Though it is something that’s introduced early, there are a variety of modifications that you do to hit this move from different angles.