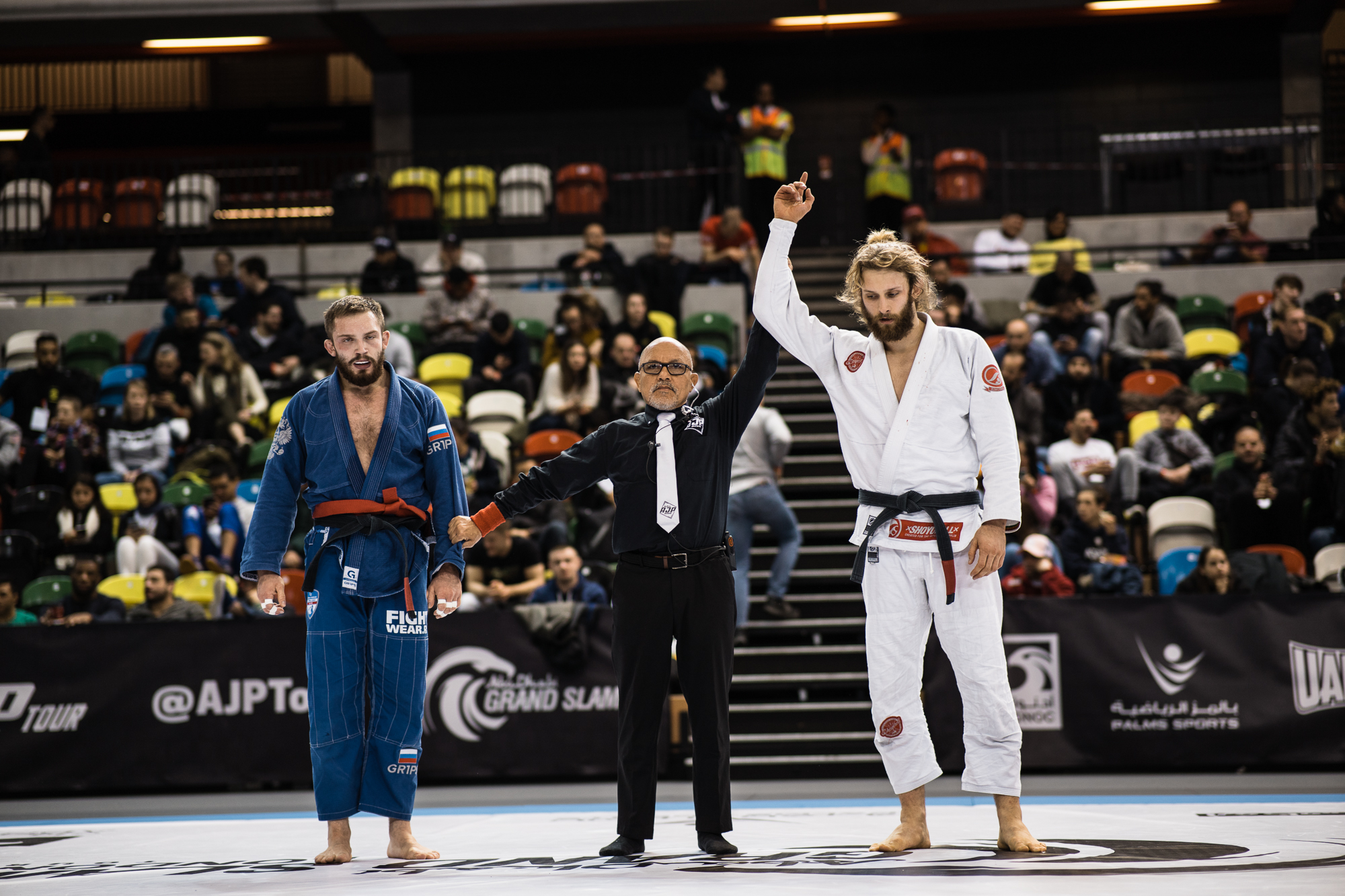 Adam Wardzinski is also one of those black belts who had an unusual journey starting from an area where BJJ isn’t exactly that popular in comparison to the US or Brazil. Adam Wardzinski has been referenced as “Megatron” by teammates because of his goofy personality. His teammates came up with the nickname after playing around with a Megatron action figure pretending to shoot his friends.

Adam Wardzinski is born in Poland on April 22, 1991. He started his martial arts journey during his teenage years. By 14 years old, he was introduced to Aikido. However, due to the lack of hand to hand combat in Aikido, the young Adam Wardzinski lost interest in martial art.

Before he even had his formal BJJ classes, he started watching YouTube channels curious about the different grappling forms during his teen years. But apart from the chance to learn the art, he also wanted to become a competitor from the get-go. It wasn’t long when Adam Wardzinski had his first jiujitsu class.

Adam Wardzinski started coaching early. He started coaching as a blue belt in Poznan, Poland. By the time when his small group grew, he then joined forces with another instructor, Andrzej Stolzmann.

Finfou did a seminar in Poland and Adam Wardzinski was impressed by his coaching skills. Shortly after, Adam Wardzinski became an affiliate under Finfou. By October 2016, Alan Finfou promoted Adam Wardzinski to black belt. This ceremony was also attended by Marcus “Buchecha” Almeida.

Adam Wardzinski won major tournaments even during his lower belt years. In 2015, he won gold in the IBJJF European Open. He also won first place in the European IBJJF Nogi Open. He also competes regularly under UAEJJF winning the London Grandslam as a Brown Belt in 2016. But despite winning top tournaments in Europe during his lower belt years, Wardzinski continued to shine in the big stage when he faced top black belt competitors.

When he received his black belt, Adam Wardzinski was able to win the major tournaments including the UAEJJF Abu Dhabi Grandslam in 2020 and reaching the finals and winning silver in the 2019 IBJJF Pan Championship and the 2020 IBJJF European Open.He also recently closed out the division with his Checkmat Teammate Jackson Sousa in the 2020 London Grand Slam.

Adam Wardzinski had his share of notable matches against elite black belts. In 2019, Adam Wardzinski faced two big names in the Pan Championship. He faced both Leandro Lo and Kaynan Duarte. It’s undeniable how Leandro Lo is one of the most popular black belt competitors given his explosive jiujitsu and ability to jump from one weight class to the next. And also, Kaynan Duarte is an Atos standout who will later win the World Championship after a few months (only to be caught by USADA for doping).

For the match between Leandro Lo and Adam Wardzinski, Wardzinski started by pulling guard playing his signature half guard and butterfly sequence. He was even able to escape Leandro Lo’s back take attempt and scored a sweep of his own using an X-guard variation. He then proceeded to pass and mount Leandro Lo. Adam Wardzinski later finished Leandro Lo after Lo gave his back defending Wardzinski’s heavy top pressure game.

Adam Wardzinski advanced to the finals against Kaynan Duarte. The finals were a tactical match between Duarte and Wardzinski. Wardzinski made an error early on thinking it was a double pull. Unfortunately, the referee saw Duarte pulling guard first which subsequently gave the first two points to Duarte when he played top. Though Wardzinski was able to sweep back on the latter part of the match, he was down by one advantage and Duarte played 50/50 to slow the game.

During the 2020 Abu Dhabi Grand Slam, Adam Wardzinski won gold in his division. One of the notable matches during that day was his match against Renato Cardoso during the semis. Wardzinski was able to sweep, pass and mount Cardoso in under the 3-minute mark of their match.

BJJ Scout’s YouTube channel showed how Adam Wardzinski’s tactics from controlling the sleeves to adjusting the grips to attack the other way if the opponent decides to post.

What makes his game unique is the fact that not a lot of passers stay on their knees. But with Adam Wardzinski’s grip tactics, he gets to stay close and even get to the opponent’s belt to implement his butterfly game.

Adam Wardzinski is easily in the top five of the current heavyweight division. Looking at the current IBJJF Ranking for black belts (encompassing all weight divisions), Adam Wardzinski ranks at number 12 with 477 points. However, there is no denying that he is among the top competitors for the coming big tournaments of the year especially in the Pan Championship and the World Championship. 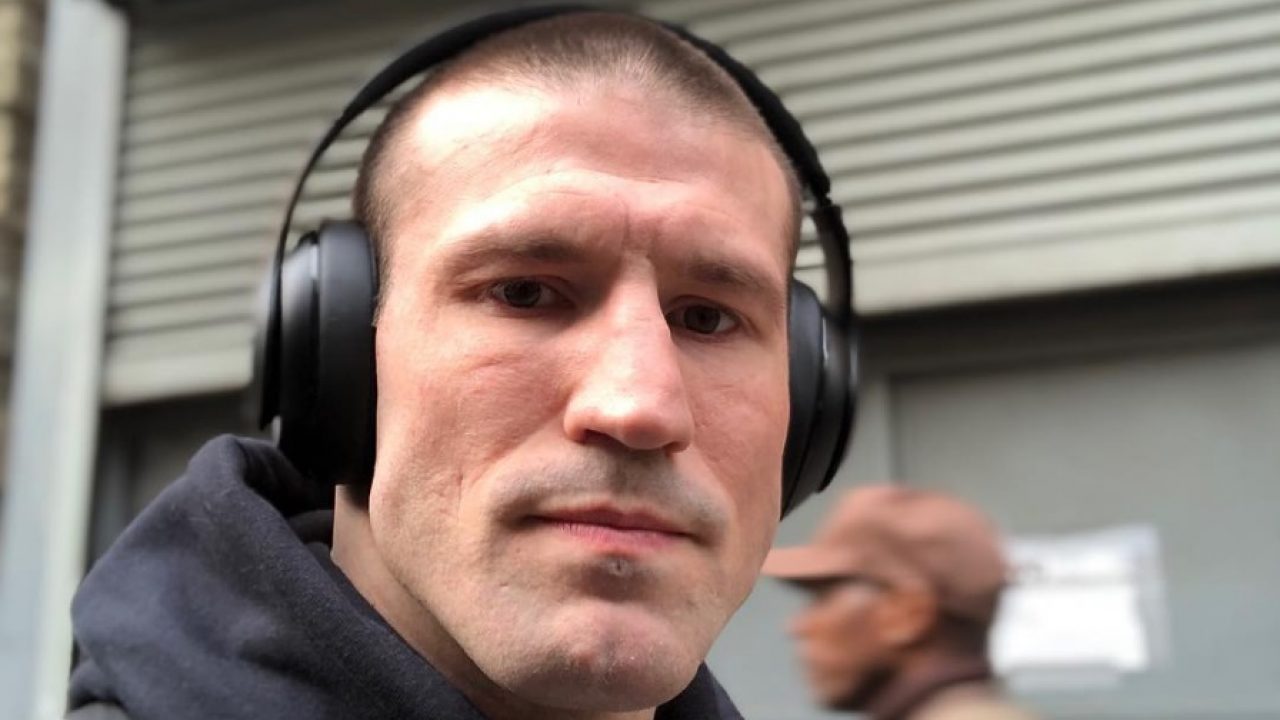 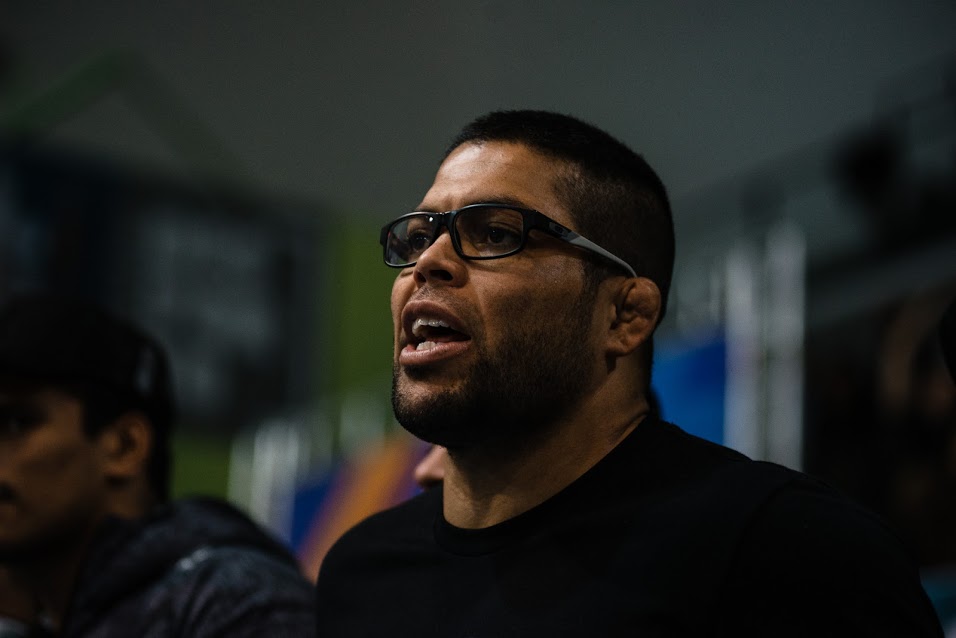 Next
Andre Galvao
Comments are closed.