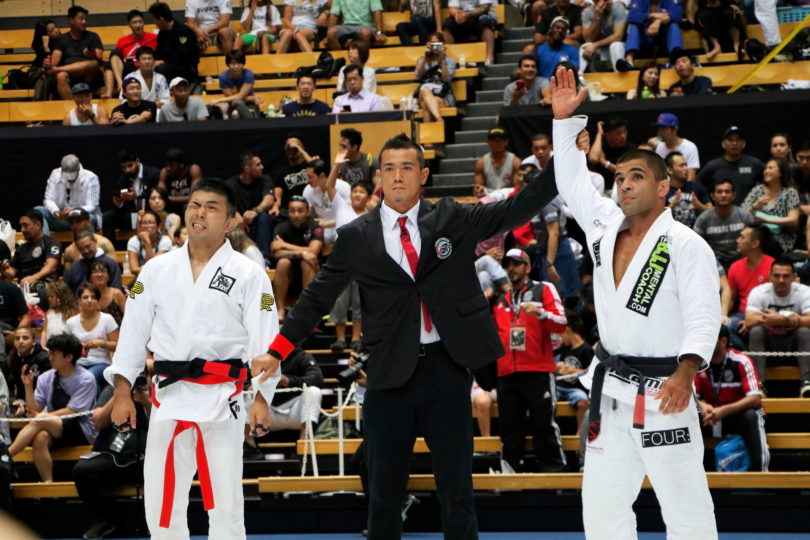 The UAEJJF’s Abu Dhabi Grand Slam kick’s off it’s 4th year of running with an exciting tournament in the land of the rising run.

Season 4 of the Grand Slam looks to be the biggest one yet! With a cash prize pool of $125,000, it’s no wonder top jiu-jitsu athletes from all belt and weight divisions from all over the world came to the OTA Gymnasium for a full day of action, across nine mats.

“We have doubled the number of participants compared to last year, the first season we had players from 15 countries and today we had players from 44 countries. We had 1 broadcaster and now we have 25 broadcasters covering the event in 120 countries.” Said Mr. Tareq Al Bahri, Abu Dhabi Grand Slam Director, “The media, TV, fans and participants are slowly but surely understanding what is our mission and vision with the Abu Dhabi Grand Slam, that is to be the most prestigious Jiu-Jitsu event in the world”

“What a great event here in Tokyo against one of the best players in Japan, I congratulate Daisuke for his performance, he was really strong and aggressive. I am very happy to win the Legends match.” Said Vitor Shaolin who defeated Daisuke Sugie on points in a very closely contested match. “I would like to thank the fans, UAE Jiu-Jitsu Federation and especially His Highness Sheikh Mohammed bin Zayed Al Nahyan for supporting Jiu-Jitsu and shining a positive light among all of us”

Notable highlights include podiums from UK black belt Bradley Hill, who took second in the 85kg and London Fight Zone’s Samantha Cook, who won gold in the 70kg division.