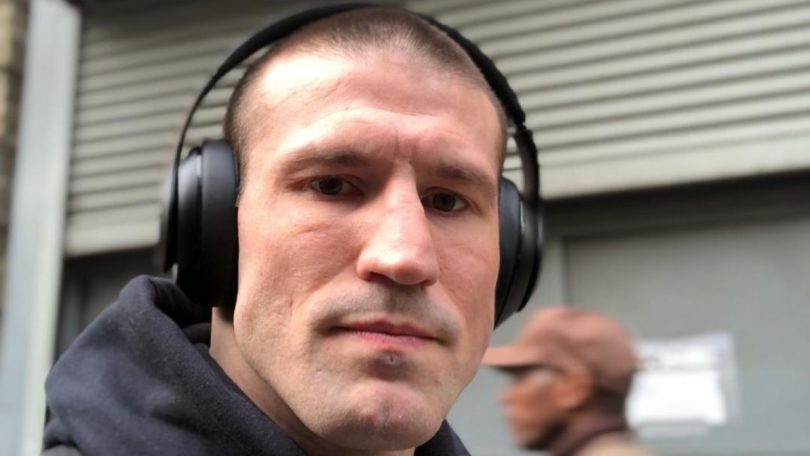 Explosive, athletic, and talented, these are some of the things that can describe Aaron “Tex” Johnson. Despite being a grappling standout who made waves in nogi tournaments and submission-only format super fights, Tex Johnson is an athlete plagued by controversies. He is known for jumping from one gym to the next and with a pending criminal case against him,

Tex Johnson has been kicked out by multiple teams. He was able to train with several big teams including Unity, Alliance, Gracie Barra, and American Top Team.

Tex Johnson was born on April 1, 1986, in Bedford City in Cuyahoga County, Ohio. His father was a military man which prompted him and his family to move around different parts of the US during his younger years.

At a young age, Tex Johnson showed interest in doing martial arts. With a military father figure, he was encouraged to do taekwondo as a child. However, during his high school years, he opted to join the football team when he participated for four years. After joining the football team, he’d then try wrestling. He competed as a heavyweight for the Douglasville High School GA for one year.

Entering the World of Fighting

After his 21st birthday, Tex Johnson was determined to try the fight game and decided to try Muay Thai. He entered some unsanctioned fights and impressively won them all. His win streak was composed mainly of Kos and TKOs. He then transitioned towards mixed martial arts.

He started his MMA journey in Knuckleup Fitness Gym in 2008. However, though he knows how to wrestle and strike, he has limited knowledge and experience when it comes to the ground. To know more about the ground game, he added jiujitsu in his training and trained initially with Steve Headden.

For a few years, Steve Headden and Tex Johnson’s partnership worked with high-level jiujitsu guys including Rigan Machado and Jimmy Long. However, Tex Johnson decided to move to Atlanta, GA to train with other high-level MMA gyms such as American Top Team (ATT) and Warrior Legion under Brian Stann.

Jumping from Alliance to Unity

During this time, Tex Johnson was a Brown Belt in jiujitsu. He then started training under Alliance. His time in Alliance allowed him to train with the likes of Lucas Lepri and Leo Nogueira. He was also guided by none other than the head of Alliance, Romero Cavalcanti. Being in a top competition jiujitsu team made Tex Johnson forget about MMA and stick to BJJ competitions. In 2014, Tex Johnson joined Lucas Lepri when Lepri opened a gym in Charlotte. Tex Johnson transferred to North Carolina to gain access to Lucas Lepri’s coaching.

Tex Johnson looked for another team after leaving Lucas Lepri’s gym. In 2015, Phil Smith who is Tex Johnson’s close friend promoted him to black belt. After, Tex found himself in New York training in Unity Jiu-Jitsu in preparation for the NYC International Open. Unity Jiu-Jitsu is known for its hardcore competitors including the likes of Joao and Paulo Miyao, Thalison Soares, and Dillon Danis.

However, Tex Johnson was able to connect with Murilo Santana during his stay in Unity Jiu-Jitsu. Murilo Santana welcomed Johnson and confirmed his black belt. Murilo Santana is an equally aggressive competitor. He became the IBJJF No World Champion in 2013 and is known mostly for his pressure passing style.

One of the best performances of Tex Johnson was when he caught both Felipe Pena and Jackson Souza in one night. However, his spot in the limelight was short-lived.

Tex Johnson announced that he was going to enter rehab after his performance submitting Felipe Pena. But this wasn’t the only thing that made the news. In a post made on Facebook, Johnson has been accused of rape and was being investigated by the NYPD.

The accuser, Jennifer Strings claimed that Johnson raped her. She also believed that it wasn’t the first time that Johnson committed rape. He was being invested by the Special Victims Unit of NYPD. Her post was made to get more victims to come out. The accusation posted online was later put down by the accuser since the case has already been filed.

After the scandal, Tex Johnson departed Unity. After leaving New York, he then trained in New Mexico. He trained for the 2019 IBJJF World Championship with different academies in Albuquerque and even in El Paso, Texas. He trained with the likes of Rafael “Barata” Freitas, Roberto “Tussa” Alencar, and Frisco Deleon. Though he was training under different Gracie Barra gyms, he opted to represent a different team during the 2019 Worlds.

TLI is also known for rape accusations. In the past, a rape case was also the reason behind top talents leaving TLI including the likes of Jordon Schultz, Keenan Cornelius, and Andris Brunovskis.

Tex Johnson punched William Tacket while Tacket was trying to escape a leg lock attempt. Tacket pushed using his leg to establish distance between him and Johnson who was trying to go for a submission. Tex Johnson perceived the push as a kick and decided to punch Tacket.