5 Things No One Talks About When You Start Jiu-Jitsu

Although Jiu-Jitsu is wonderful (at least for us who train), there are some drawbacks for which you need to be prepared, after all, you’ll be entering completely new territory and in many cases with unknown people (where they may even scare you at first sight…). In the list below there will be some things that I would have liked someone to tell me when I was a new student at the gym, (of course this varies from person to person) but don’t be scared, over time you’ll know how to handle it in a positive way.

In the beginning, it’s very difficult

If you have experience in grappling like Judo and Wrestling, well this probably doesn’t apply to you, but for someone without experience in these sports, basically Jiu-Jitsu will require you to perform complex moves under pressure while someone is trying to get in your way and most of the time you’ll be exhausted, it will probably be unlike anything you have ever done. The best analogy someone explained Jiu-Jitsu to me is like, trying to solve a Rubix cube while you’re drowning.

During the first months, you’ll have lots of bruises all over your body, it will continue to have them until your body adapts to the pressure caused during training. “Don’t worry” this will pass and you’ll become stronger than ever. Your hand joints will feel a lot, this is normal, and as time goes by your joints will get stronger and you won’t feel this pain anymore, many people will stop before this first phase is over, don’t be that person!

Although everyone says that you should leave your ego outside the mat, you’ll always bring some part of your ego in, at least until you reach a certain level. The problem will not be being dominated by belts higher than yours but in being dominated by people who have less training time than you, who can become very skillful in a few weeks of training or by that new guy who will use an absurd strength to open your guard and apply too much pressure during the roll.

Another thing that I noticed, is that some guys are really bothered being submitted by a woman, most gyms don’t have a class just for men and another for women and generally, the most people will roll with the newbies, even if it’s just to guide you through it. So if you’re submitted by a woman don’t get angry, and try to learn from them, usually, women use little strength and are very technical. And ultimately getting submitted by a woman means that Jiu-Jitsu works. 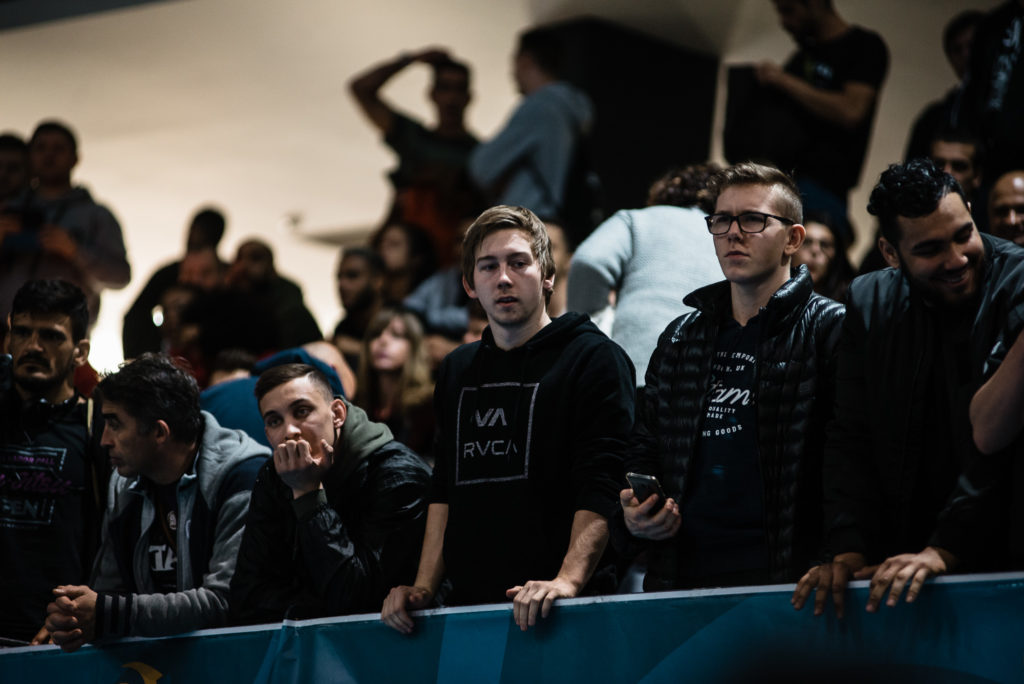 In the beginning, nobody cares if you leave

Jiu-Jitsu is not like a football team, where the coach goes after you to find out what’s happening, because you’re missing always from training and so on… Your Jiu-Jitsu teacher will probably have more than 30 students and a very busy life, and besides, unfortunately, beginners come and go in the gym all the time. If you stay in training, always strive to learn what you’re being taught and try training regularly someone who will give you more attention and help progress. It’s simple, “nobody will ask you to train!”, you’ll have to do that part for yourself.

You may get hurt

One of the basic rules you learn at the beginning of Jiu-Jitsu is that every time that your opponent “taps out” you should release the submission of position as quickly as possible, this is so you prevent an injury or put your partner to sleep. However, there are always some guys who like to hold longer than they should, I’ve seen some training colleagues get hurt because of silly things that happen on the mats, and at the beginning, it’s really important to avoid the roll with this kind of person. If this kind of behaviour is common in the team you train with, I suggest you look for another team. Find somewhere you feel safe to learn and not to be hurt by people.

If you’ve struggled through all the steps above, then it’s a sure sign that you’ve become addicted to Jiu-Jitsu. You already know who Helio Gracie and Carlos Gracie are, and are slowing becoming a fan of Rickson and Royce. Over time your social media feds become Jiu-Jitsu related and you become anxious for your next training session.

Over time you’ll start to ignore the techniques taught by your instructor in favour of the latest 10th Planet move and then ask why you’re Instructor don’t teach it (unless you’re in a 10th planet school of course). Soon you’ll be going to competitions to compete on the mats and cheer on your teammates and, you’ll start speaking in Jiu-Jitsu. OSS.

Why is it so hard to beat Leandro Lo? Opponent analyses one of the world’s top competitors