Unless you live under a rock, you might have noticed that last weekend’s Metamoris submission only competition happened. Thankfully event number three, which showcased the Eddie Bravio vs Royler Gracie rematch, went down an absolute storm within the community. Here we’ve listed our top 5 techniques that everyone will be trying out, thanks to this. 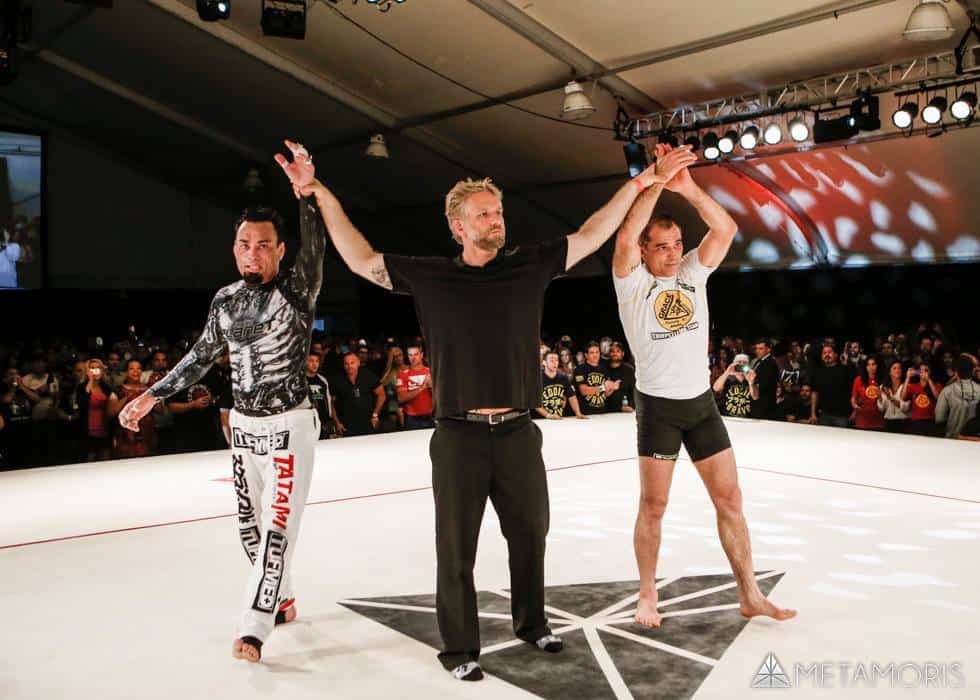 Named by how your hands look when you apply the choke, this technique has been a firm favourite of Metamoris competitor Gui Mendes. Last weekend he submitted his opponent Samir Chantre with this technique, which goes to show that this move is effective at every level. Below is an instructional which shows off Gui’s choke, including the Brabo grip.

Retired MMA fighter Renato “Babalu” Sobral put up an incredible fight against Dean Lister last weekend. He was even close to tapping “The Boogieman”, but due to the lack of neck that Dean has, he was unable to secure the win. Fun fact. Dean Lister hasn’t been submitted in competition since 1997 by Rico Rodriguez!

The hottest move right now and Rafa Mendes showed everyone why it’s his man weapon in his Arsenal. However, what people didn’t know was just how good Rafa was at this move.

Metamoris 3 saw the muchly anticipated rematch between Eddie Bravo and Royler Gracie. The fight was a back and forth afair with both fighters really wanting to win. However, there was one fighter who wanted the win more, Eddie Bravo put on a display of Jiu Jitsu that shocked the sport and his Electric Chair Sweep was the main event.

While it has has a stupid name, it’s a devastating Calf slicer. When I saw this move being applied I physically cringed because of the amount of separation in the knee. However, for better, or for worse Royler’s ego got the better of him and he refused to tap to this move. Below is Eddie’s instructional on how to do this move. Just remember, this move is for brown and black belts only.