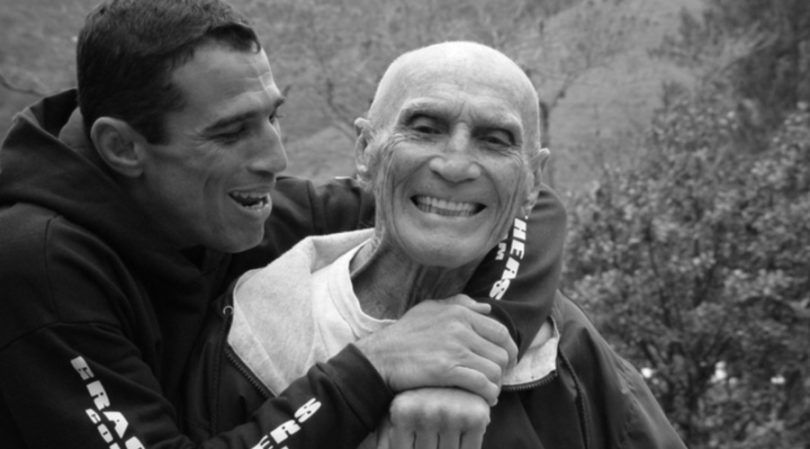 In the last interview he did before he died, Helio Gracie continued to spread his teachings. In an interview with the Combat Channel in Brazil, the Grand Master showed small details of how he lived his life. A true warrior with an enviable determination, who left more than just Jiu-jitsu techniques.

During the conversation, subjects were very diverse. The interview went beyond the mats, where he spoke of his health, fear and the future of the Gracie Family. Helio says that his longevity was down to the Gracie Diet, which is Brother Carlos Gracie developed.

On the mat, they stood with big names from Brazil. References are made to Oscar Niemeyer, President Getúlio Vargas, and many others have the pleasure and privilege to learn from this master. With strong belief about his martial art, in the interview Helio demonstrates the benefits of the gentle art for both Men and Women to the reporter.

During this interview, Helio Gracie – The Road To Success, we have selected some of the best phrased from Helio, which you can use in your day to day life and on the mats.

Do the right things

I’ve always tried to do the right things. My intention was this. I could do the wrong thing out of ignorance.

The technique replaces the force sometimes. It’s hard for someone to beat me to this day.

Fear is something we may or may not have. The things that could make me afraid, I take precautions not to feel. If you send me into a lion’s cage, I will not enter.

I created Jiu Jitsu, called Jiu Jitsu, which is exactly the best fight there is. Because I got through the weight and age that I have to fight with 100kg men, world champions.

That’s one thing I can do all the time. Since someone to train and a ring around, if there is something that distracts me is that.

The moment I make a move, my son who is much stronger does much better than I do. So whatever I develop I convey to them.

Sometimes I may not learn, but wonder if they have improved what I have done.

It’s just that any dead chicken can do what I do.

Be a quiet man.

The value you have in Jiu Jitsu is nothing you can buy, because it gives us a sense of tranquility. The tranquil man has peace. A quiet man is a tolerant man.

If he has no valuess and uses the black belt, who will know? There’s no law for that, do you understand? But he will prove that he is black belt at the time of the competition. As much as I can admit he’s a black belt, I paid to see.

I am known to be a man too demanding. Because in my life I only have 17 degrees. 10 who are my sons and nephews, and 7 who are persons of name, of projection, in that country.

The success comes from art itself, which is good. Whatever you do that is good and is perfect, adept with ease.

I recommend, all the kids should do some Jiu Jitsu. My grandson is already doing this. – Oscar Niemayer.

Gentle art for everyone

Jiu Jitsu is for anyone. Anyone who wants to learn, can. There is no male or female difference. It is something that increases the physical potential of anyone.

It has no science, because everything is simple. As long as you know, it works for anyone. Because the moves we make are simple and objective, and do not rely on force.

Take care of what you eat

The ills of health enter through the mouth. Not like anything that does not do well. Most people eat the things they like. I just like things that do well.

I am Pleased to have done something that is of use to anyone.

The problem of being reminded by others is that you have to ask him what he thinks of me. What do I think of me? A well-meaning individual, but whether it’s right or not, I do not know. Only others who can say.

Live the most efficient art in the world

Besides being the most efficient martial art in the world, it is an art that reassures us and increases our confidence, without creating in us a power of inefficiency, violence and exaggerated confidence. It is a security that does us good and can only benefit everyone.

Do not fight, fight!

Whoever fights on the street is a bastard. Not fighting is right. Fight if you are in a fighting environment. Because the fight takes place in one way and the fight of another.